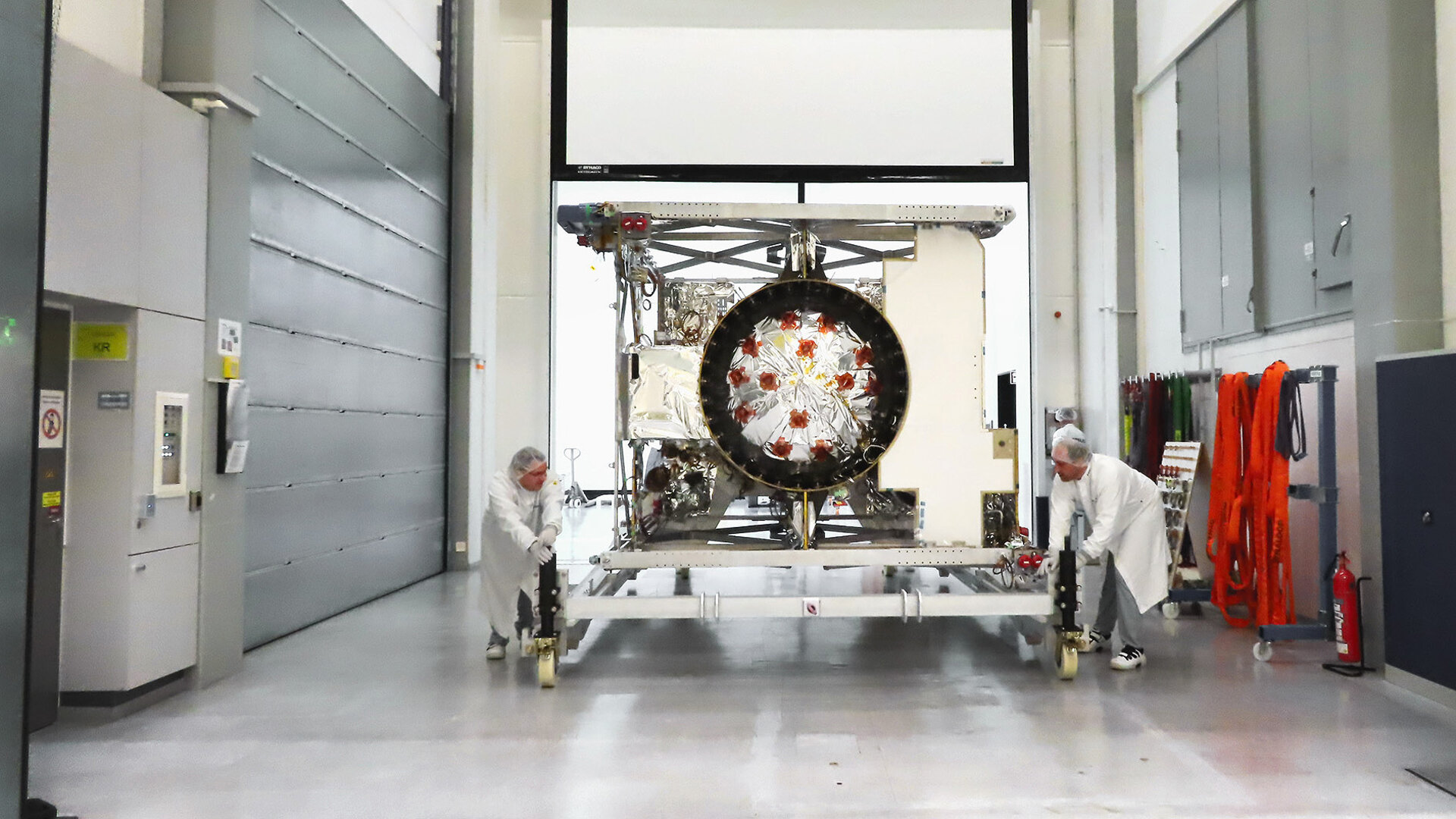 The 5.2-tonne spacecraft will be fitted with remaining components such as power electronics, an on-board computer, communication systems and navigation sensors, before continuing its journey to ESA’s Space Technology and Research Centre (ESTEC) in the Netherlands for testing.

Expected to set out for its seven-year cruise to Jupiter in 2022, JUICE will carry 10 scientific instruments for detailed inspection of the largest planet of the Solar System and its moons, including Ganymede, Europa and Callisto, which are believed to host oceans of water. During its planned three-year mission, the spacecraft is expected to answer the question whether the oceans of the icy moons host any forms of life.

A result of cooperation of more than 80 companies from all over Europe, JUICE was built and assembled in Airbus’ facilities in Madrid. The spacecraft was then fitted with a propulsion system at ArianeGroup’s site in Lampoldshausen, Germany, to form the spacecraft body, and transported to Friedrichshafen inside a special secured container on board of an oversized transporter.