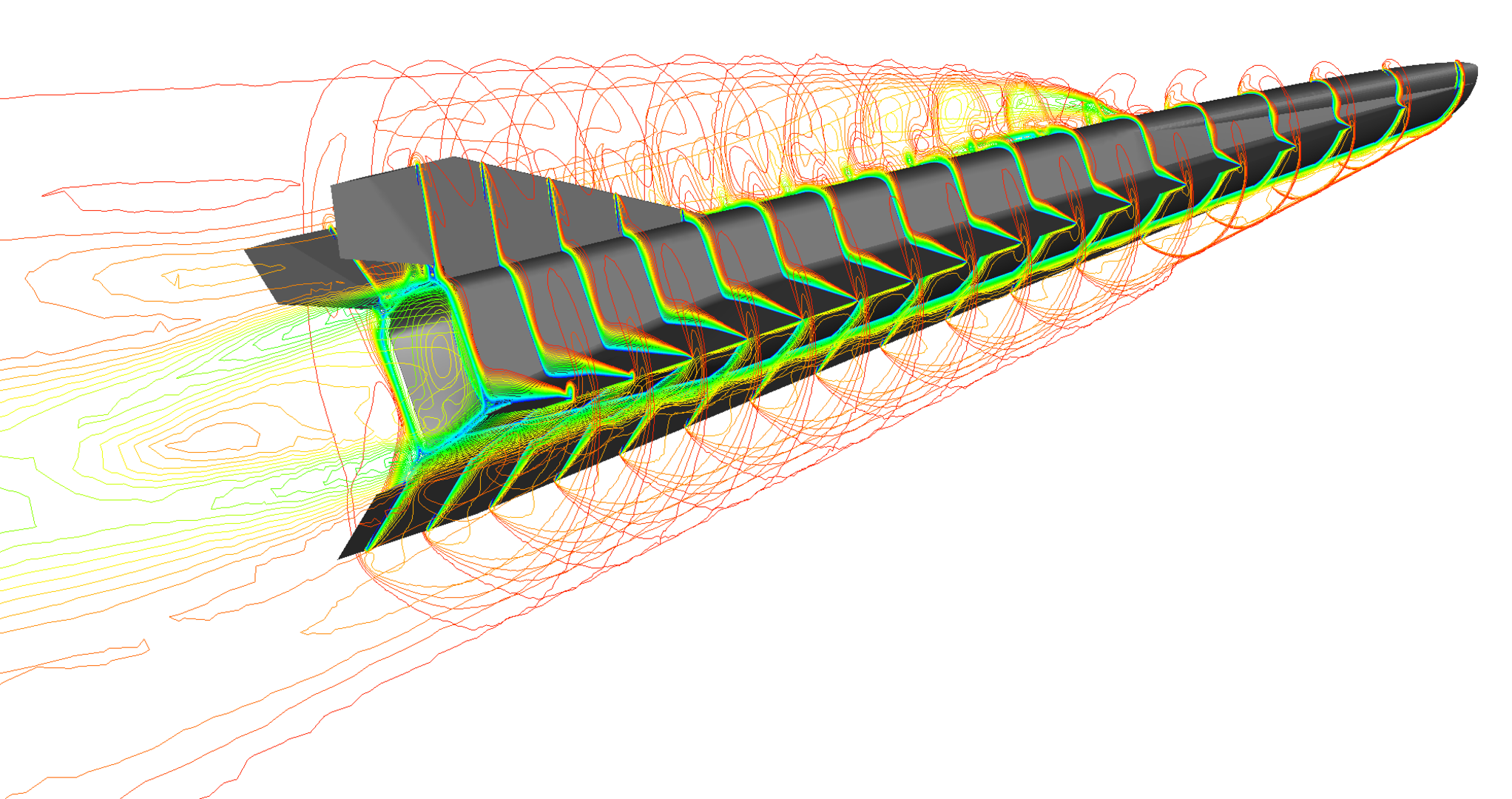 Simulating the test flight of a hypersonic glider, being developed through the international HEXAFLY-INT collaboration, involving partners across Europe, Russia, Australia and Brazil and supported by the European Commission and ESA.

The aim of the project is to develop and fly a waverider-based vehicle above seven times the speed of sound, designed to surf on the shock waves generated by its own high-speed flight. HEXAFLY-INT’s Experimental Flight Test Vehicle (EFTV) will be launched by a Brazilian sounding rocket before being deployed for its test glide.

At 3.29 m long, and 1.24 m wide, the EFTV is slightly smaller than a compact car, with a flat nose tip and wings. A detailed study of its aerodynamic performance was recently performed by Italy’s Centro Italiano Ricerche Aerospaziali, funded through ESA’s Technology Development Element.