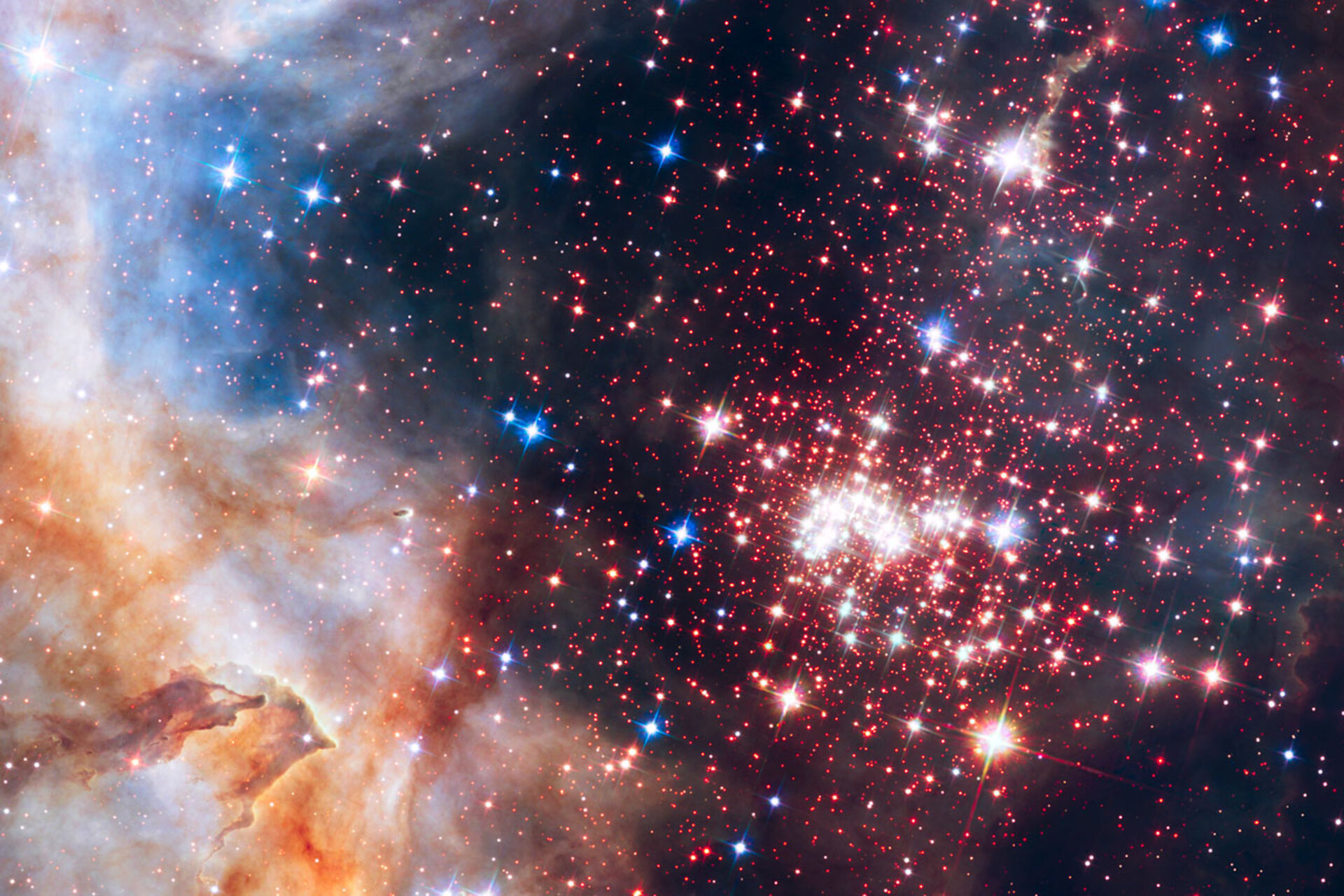 The NASA/ESA Hubble Space Telescope was used to conduct a three-year study of the crowded, massive and young star cluster Westerlund 2. The research found that the material encircling stars near the cluster’s centre is mysteriously devoid of the large, dense clouds of dust that would be expected to become planets in a few million years. Their absence is caused by the cluster’s most massive and brightest stars that erode and disperse the discs of gas and dust of neighbouring stars. This is the first time that astronomers have analysed an extremely dense star cluster to study which environments are favourable to planet formation.