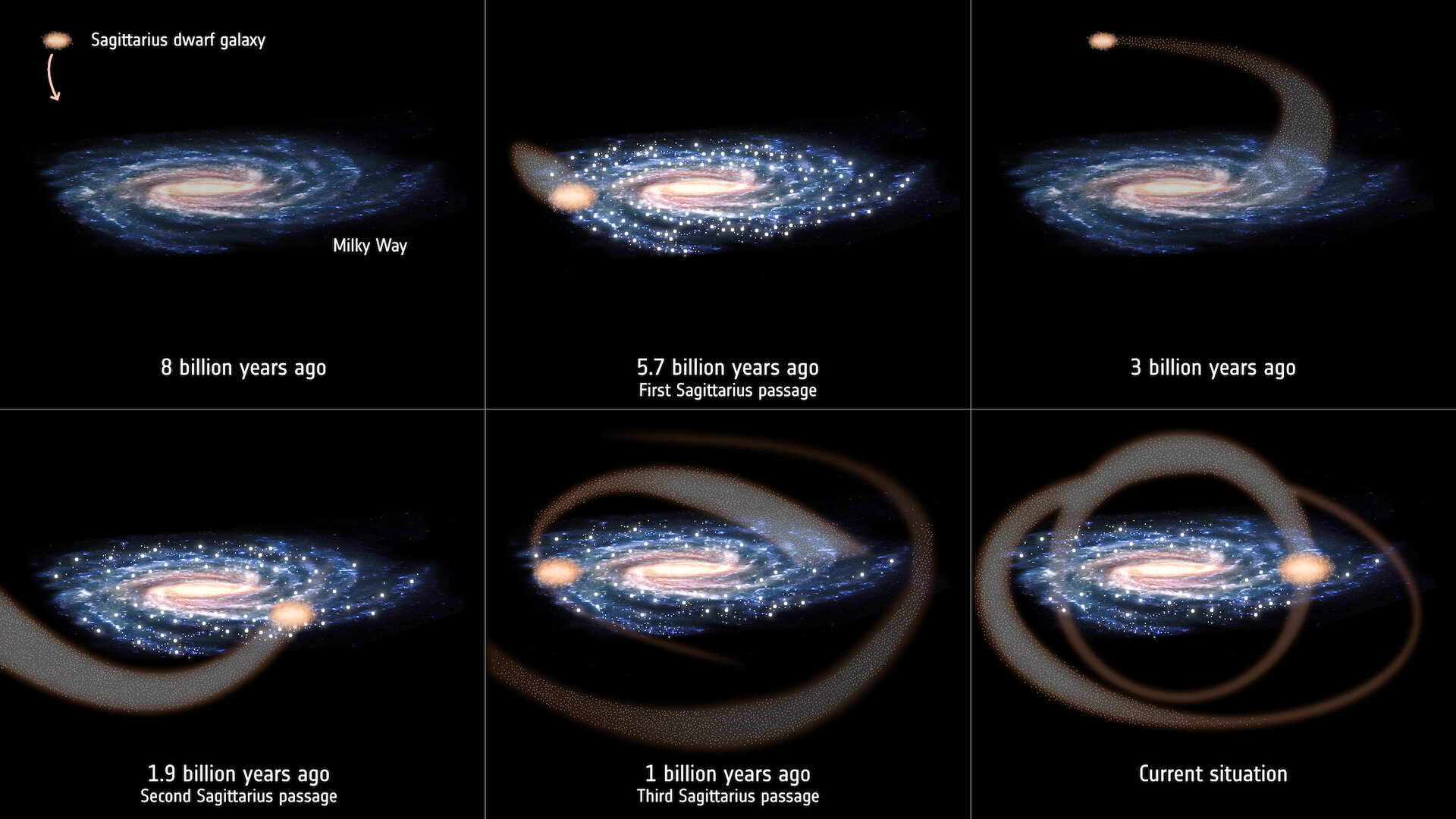 The Sagittarius dwarf galaxy has been orbiting the Milky Way for billions for years. As its orbit around the 10 000 more massive Milky Way gradually tightened, it started colliding with our galaxy's disc. The three known collisions between Sagittarius and the Milky Way have, according to a new study, triggered major star formation episodes, one of which may have given rise to the Solar System.