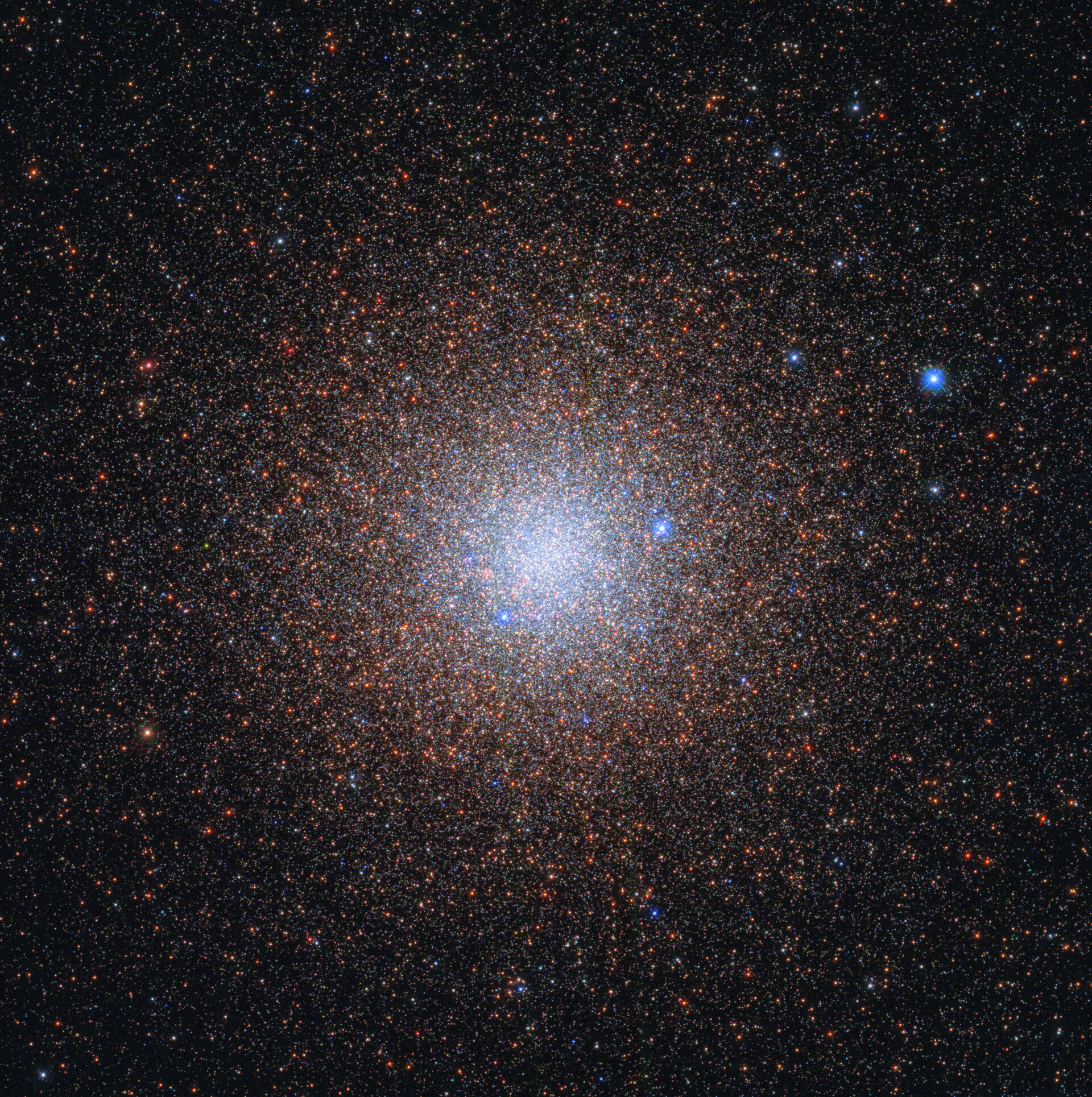 Almost like snowflakes, the stars of the globular cluster NGC 6441 sparkle peacefully in the night sky, about 13 000 light-years from the Milky Way’s galactic centre. Like snowflakes, the exact number of stars in such a cluster is difficult to discern. It is estimated that together the stars weigh 1.6 million times the mass of the Sun, making NGC 6441 one of the most massive and luminous globular clusters in the Milky Way.

NGC 6441 is host to four pulsars that each complete a single rotation in a few milliseconds. Also hidden within this cluster is JaFu 2, a planetary nebula. Despite its name, this has little to do with planets. A phase in the evolution of intermediate-mass stars, planetary nebulae last  for only a few tens of thousands of years, the blink of an eye on astronomical timescales.

There are about 150 known globular clusters in the Milky Way. Globular clusters contain some of the first stars to be produced in a galaxy, but the details of their origins and evolution still elude astronomers.