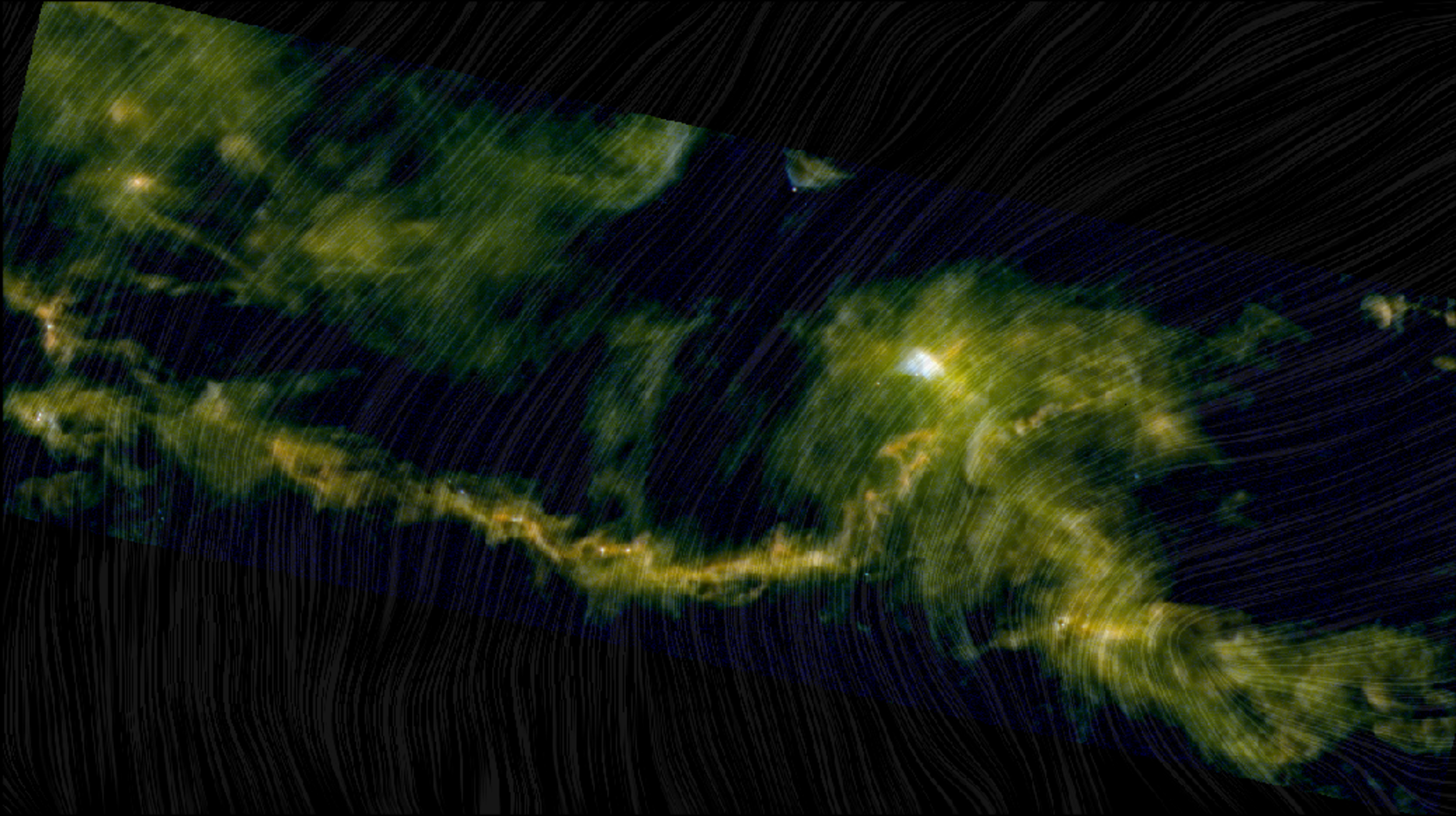 This image shows a section of the Taurus Molecular Cloud based on a combination of data from ESA’s Herschel and Planck space telescopes. The bright areas in the picture shows the emission by interstellar dust grains in three different wavelengths observed by Herschel (250, 350, and 500 microns) and the lines crossing the image in a ‘drapery pattern’ represent the magnetic field orientation (based on the Planck data.)

This molecular cloud is one of the closest regions of star formation, at around 450 light years from us, and is known to contain more than 250 young stellar objects. The section in this image shows the archetypical example of a filament in a star-forming cloud. The main filament that stretches from the left of the image and curves up to the hub is known as the Lynds Dark Nebula 1495 (L1495).

L1495 contains several Barnard Dark Nebulae, which are dust-filled regions cataloged by astronomer Edward Bernard in 1919 and known as Barnard Objects. Dark nebulae are extremely dense regions of dust that obscure visible light. The central bright region is known as B10, with B211 and B213 stretching out from the bright area.