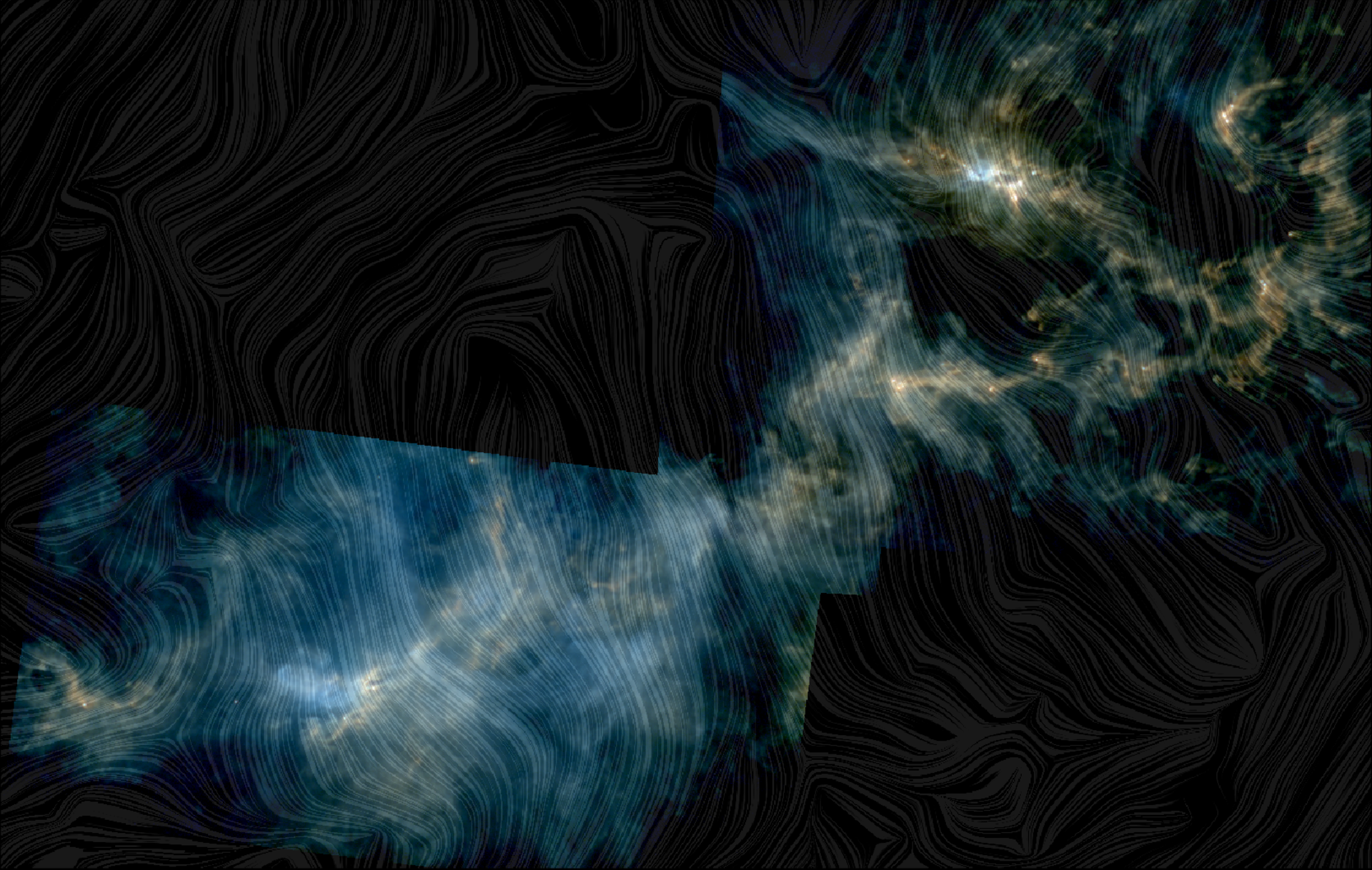 The Perseus molecular cloud viewed by Herschel and Planck

This image shows the Perseus molecular cloud, based on a combination of data from ESA’s Herschel and Planck space telescopes. The bright areas in the picture shows the emission by interstellar dust grains in three different wavelengths observed by Herschel (250, 350, and 500 microns) and the lines crossing the image in a ‘drapery pattern’ represent the magnetic field orientation (based on the Planck data.)

This nearby molecular cloud complex is made up of two components, Perseus North and Perseus South, both of which contain a large amount of dark nebulae. The northern component is located in the lower left of the image, while the southern one is visible towards the upper right.

Perseus North includes B5 which is an extensively studied dark cloud, and also contains the IC 348 open cluster of stars. Perseus South is home to the NGC 1333 nebula – the brightest area in the image – which is one of the most actively star-forming regions in the complex. Perseus South also includes the Barnard Object B1, along with the Lynds Dark Nebulae L1448, L1455, and L1451.