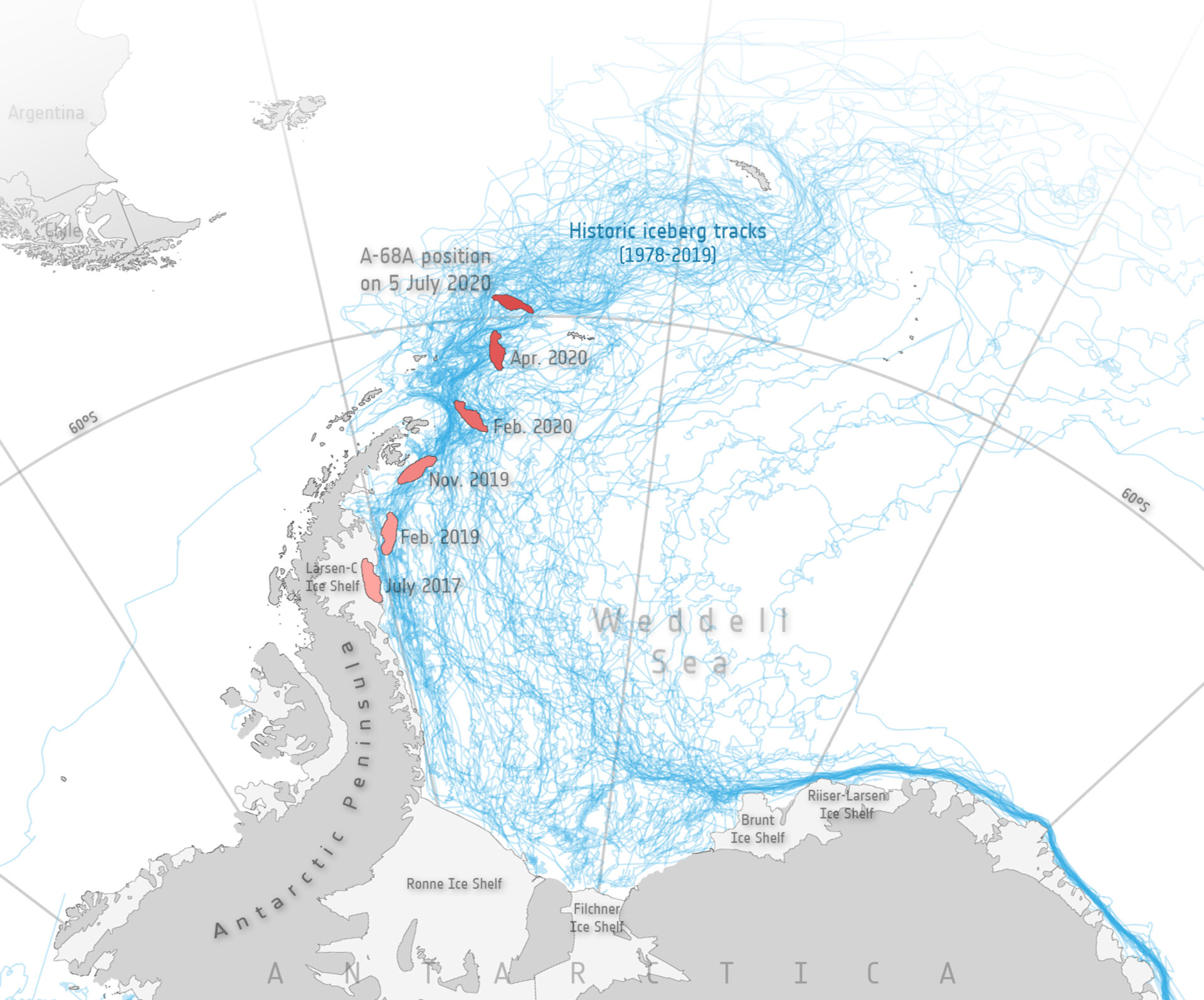 A huge iceberg called A68 calved from the Antarctic Peninsula’s Larsen C ice shelf on 12 July 2017. It is now in open waters near the South Orkney Islands in the South Atlantic Ocean – about 1050 km from its birthplace. The map shows the different positions of the berg during its three-year journey. However, A-68 is now called A-68A as it has lost two chunks of ice, one in July 2017 named A-68B, and one in April 2020 named A-68C. The map also highlights that during its first two years of freedom A-68 drifted slowly, impeded by sea ice. Now that it is in relatively open waters, the pace of this parent iceberg has increased. The map also includes historic iceberg tracks, based on data from a number of satellites including ESA’s ERS-1 and ERS-2 as part of the Antarctic Iceberg Tracking Database, and shows that A-68A is following this well-trodden path.