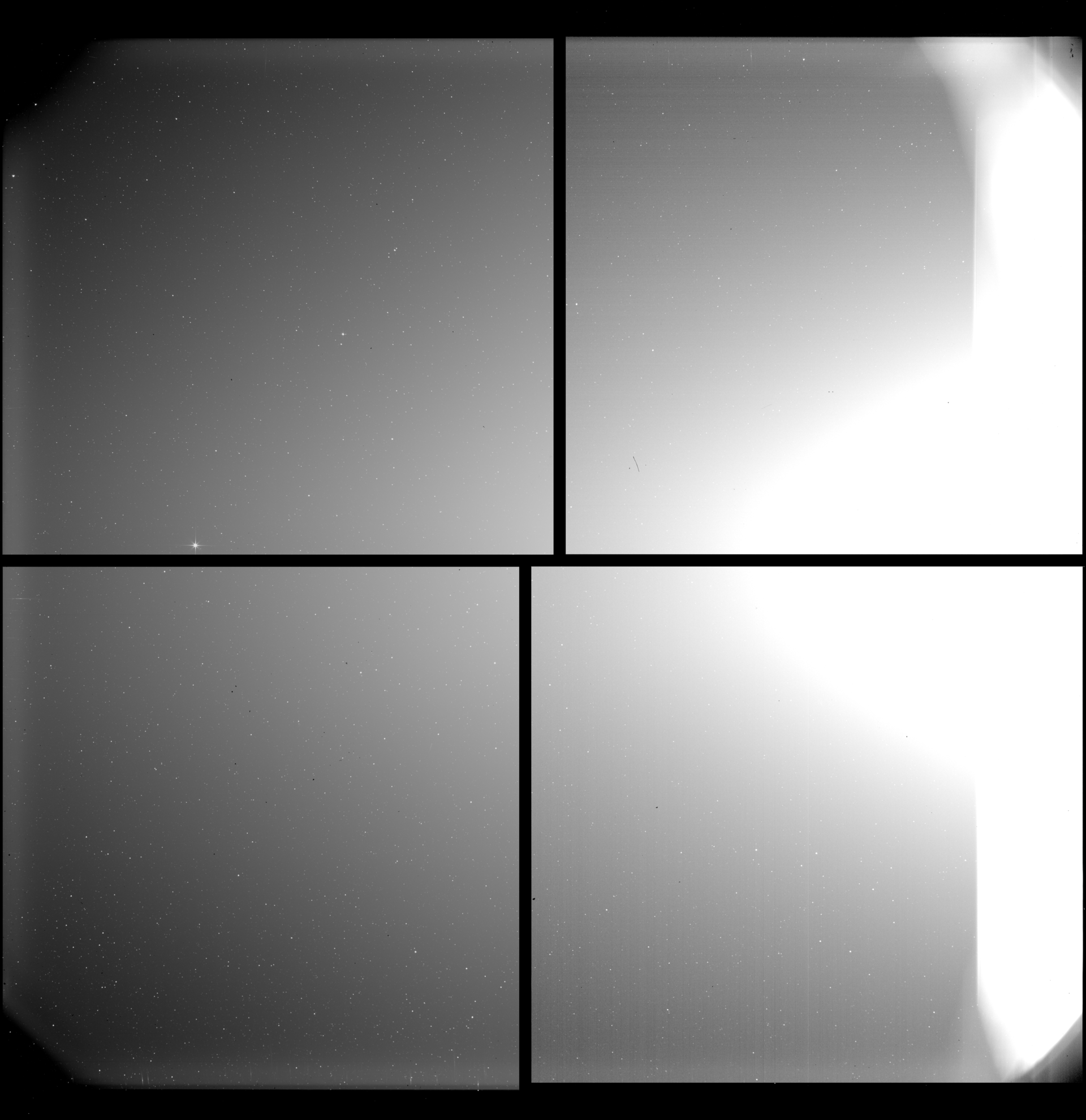 The Heliospheric Imager (SoloHI) telescope on ESA’s Solar Orbiter spacecraft takes images of the solar wind – the stream of charged particles constantly released by the Sun into outer space – by capturing the light scattered by electrons in the wind.

This image is a mosaic of four separate images from four separate detectors, obtained during the instrument’s ‘first light’ on 5 June 2020. Then, Solar Orbiter was at a distance of 0.5 astronomical units (AU; one AU is equivalent to the average distance from Earth to the Sun, about 150 million kilometres) from the Sun.

The Sun is located to the right of the frame, and its light is blocked by a series of baffles that reject the sunlight by a factor of a trillion (1012). The last baffle is in the field of view on the right-hand side and is illuminated by reflections from the solar array.

“This first light image is amazing and the stray light is what we have modeled,” says Russell Howard, the SoloHI Principal Investigtor from the US Naval Research Laboratory in Washington, DC. “I can hardly wait to see the real science images.”

“While there’s still much work to be done to maximize the science return we can get from the data, the high quality of this first image in each tile shows the instrument was well constructed and will provide images that will lead to exciting new science in the heliosphere,” adds Philip Hess, SoloHI co-investigator.

The partial ellipse visible on the right is the zodiacal light, created by sunlight reflecting off the dust particles that are orbiting the Sun. This is a very familiar signal, which reaches all the way to Earth and beyond. The signal from the solar wind outflow is faint compared to the much brighter zodiacal light signal, but the SoloHI team has developed techniques to reveal it. Planet Mercury is also visible as a small bright dot near the lower edge of the upper left tile.