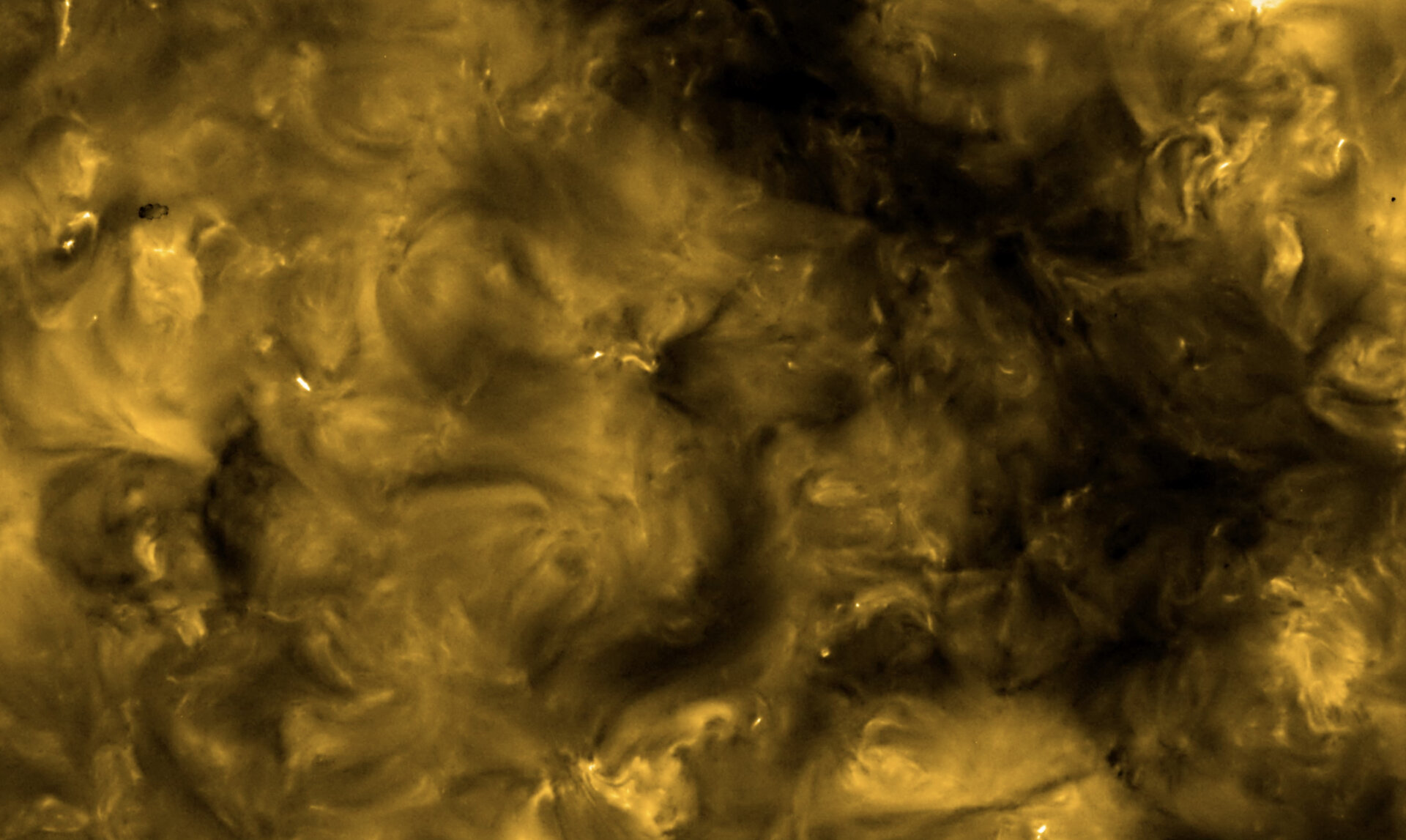 A high-resolution image from the Extreme Ultraviolet Imager (EUI) on ESA’s Solar Orbiter spacecraft, taken with the HRIEUV telescope on 30 May 2020. These images show the Sun’s appearance at a wavelength of 17 nanometers, which is in the extreme ultraviolet region of the electromagnetic spectrum. Images at this wavelength reveal the upper atmosphere of the Sun, the corona, with a temperature of around 1 million degrees.

The extended grey shape visible in the top left part of the image is not a solar feature but is caused by a sensor artefact.