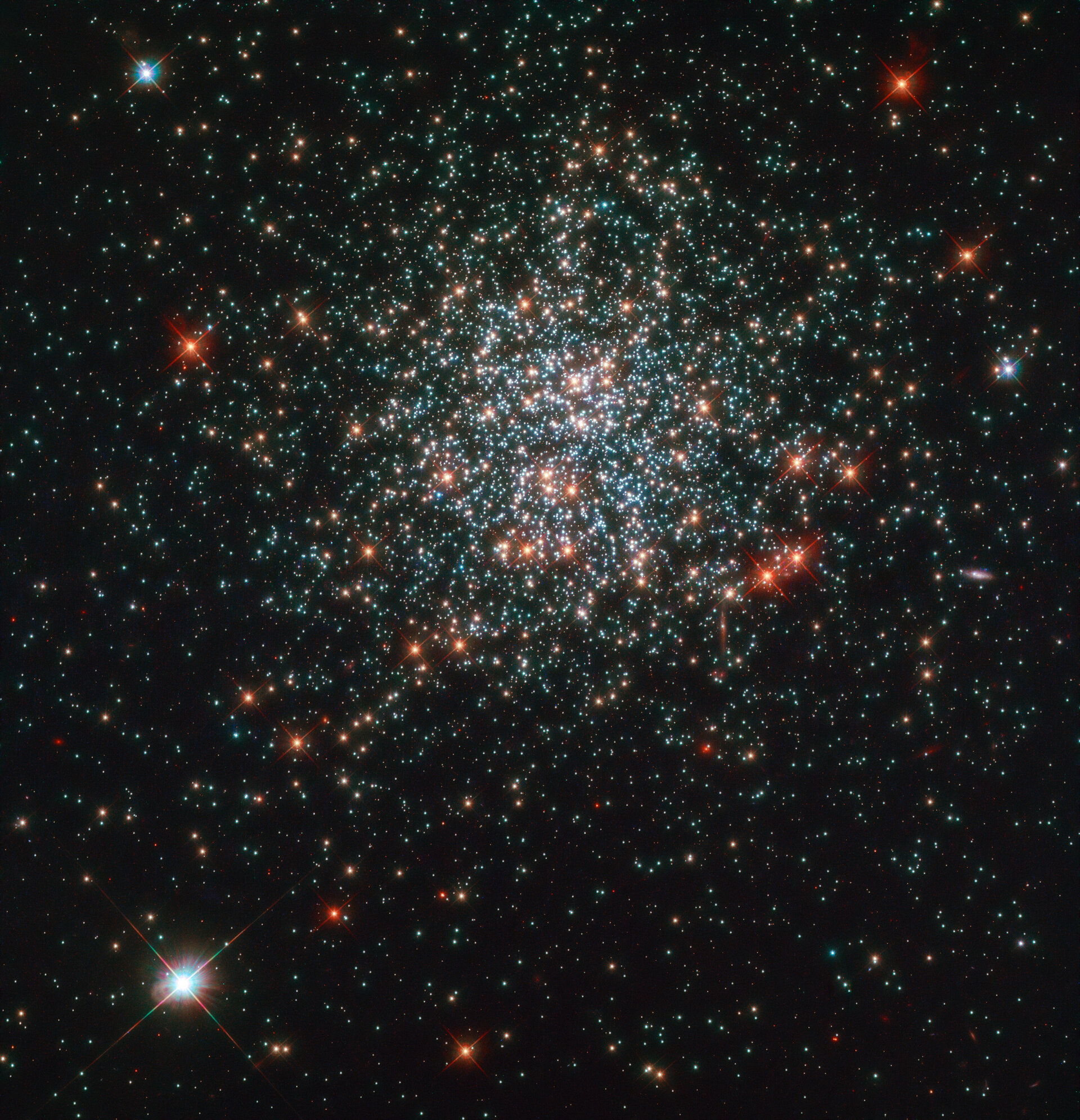 Looking its best ever is the star cluster NGC 2203, here imaged by the NASA/ESA Hubble Space Telescope. Aside from its dazzling good looks, this cluster of stars contains lots of astronomical treats that have helped astronomers puzzle together the lifetimes of stars.

A main sequence star, like our Sun, is the term applied to a star during the longest period of its life, when it burns fuel steadily. Our Sun’s fuel will run out in approximately 6 billion years, and it will then move on to the next stage of its life when it will turn into a red giant. Astronomers studying NGC 2203, which contais stars that are roughly twice as massive as our Sun, found that their rotation might be a factor as to why some of the stars stay longer than usual in this main-sequence phase of their life.

This is the best resolution obtained of the star cluster to date.