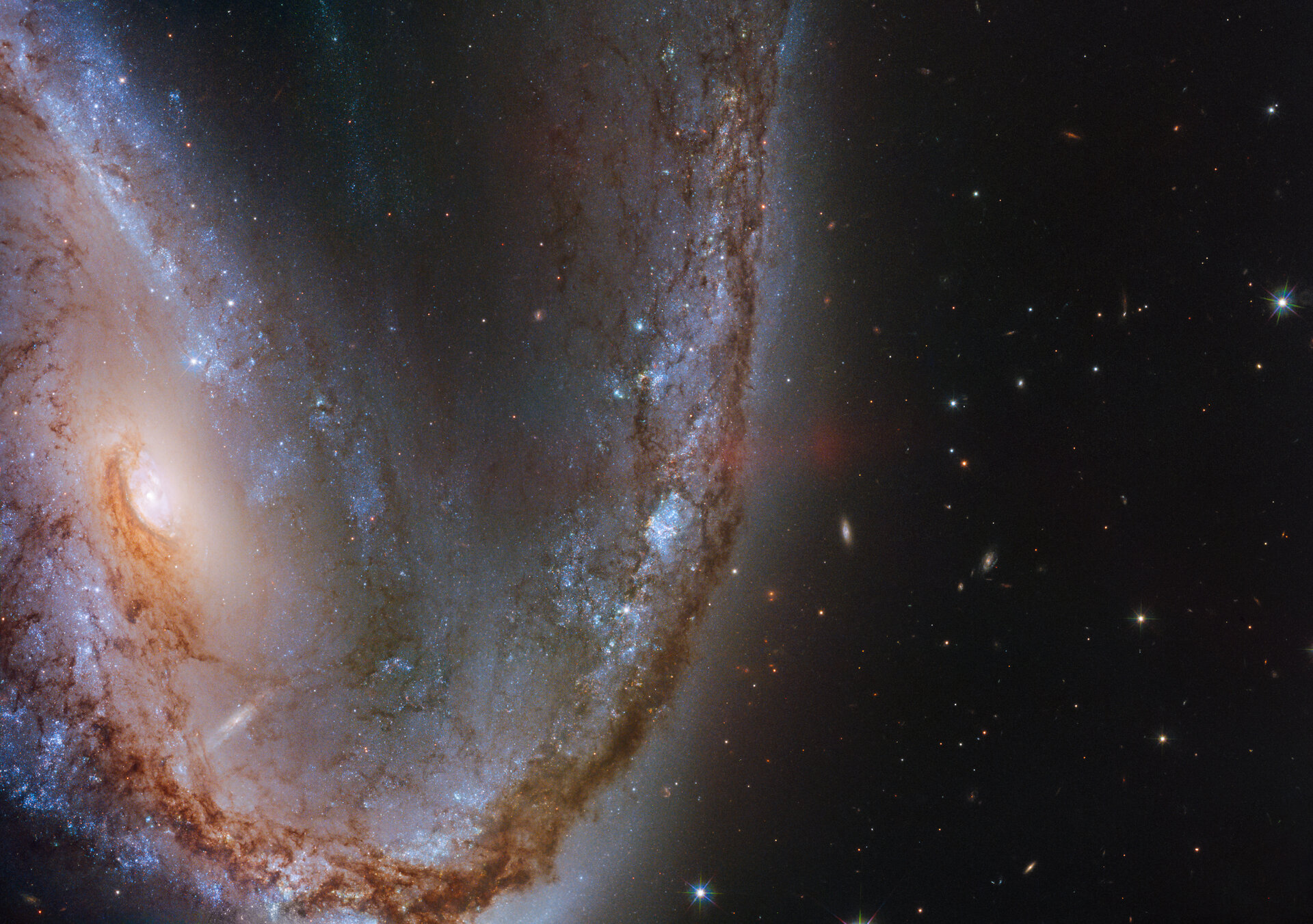 This image from the NASA/ESA Hubble Space Telescope features the spectacular galaxy NGC 2442.

This galaxy was host to a supernova explosion, known as SN2015F, that was created by a white dwarf star. The white dwarf was part of a binary star system and syphoned mass from its companion, eventually becoming too greedy and taking on more than it could handle. This unbalanced the star and triggered runaway nuclear fusion that eventually led to an intensely violent supernova explosion.

SN2015F was spotted in March 2015 in the galaxy named NGC 2442, nicknamed the Meathook Galaxy owing to its extremely asymmetrical and irregular shape. The supernova shone brightly for quite some time and was easily visible from Earth through even a small telescope until later that summer.