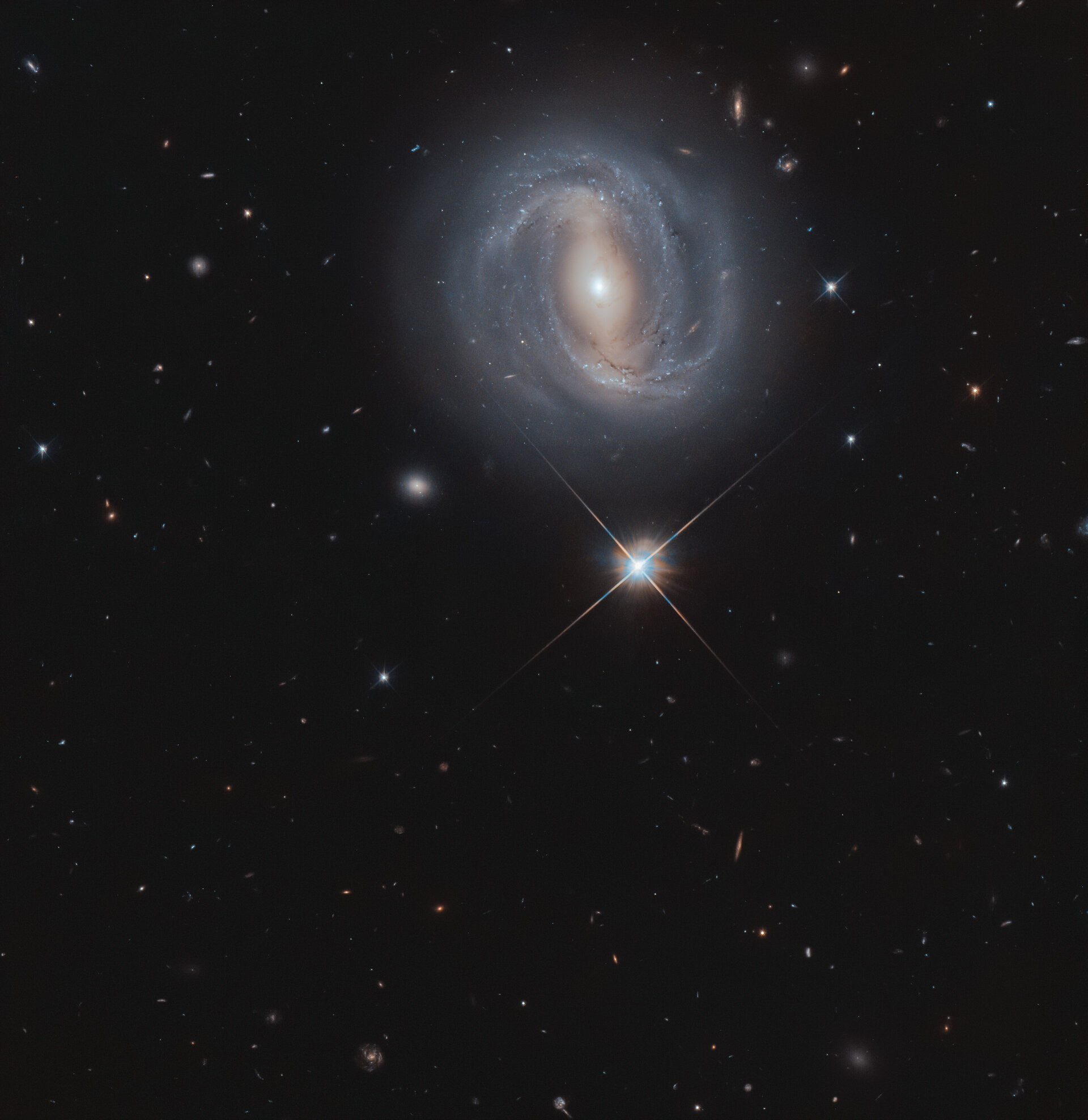 Seeing near and far

The barred spiral galaxy known as NGC 4907 shows its best side from 270 million light-years away to anyone who can see it from the northern hemisphere.This is a new image from the NASA/ESA Hubble Space Telescope of the face-on the galaxy, displaying its beautiful spiral arms, wound loosely around its central bright bar of stars.

Shining brightly below the galaxy is a star that is actually within our own Milky Way galaxy. This star appears much brighter than the many millions of stars in NGC 4907 as it is 100 000 times closer, residing only 2500 light-years away.

NGC 4907 is also part of the Coma Cluster, a group of over 1000 galaxies, some of which can be seen around NGC 4907  in this image. This massive cluster of galaxies lies within the constellation of Coma Berenices, which is named for the locks of Queen Berenice II of Egypt: the only constellation named after a historical person.