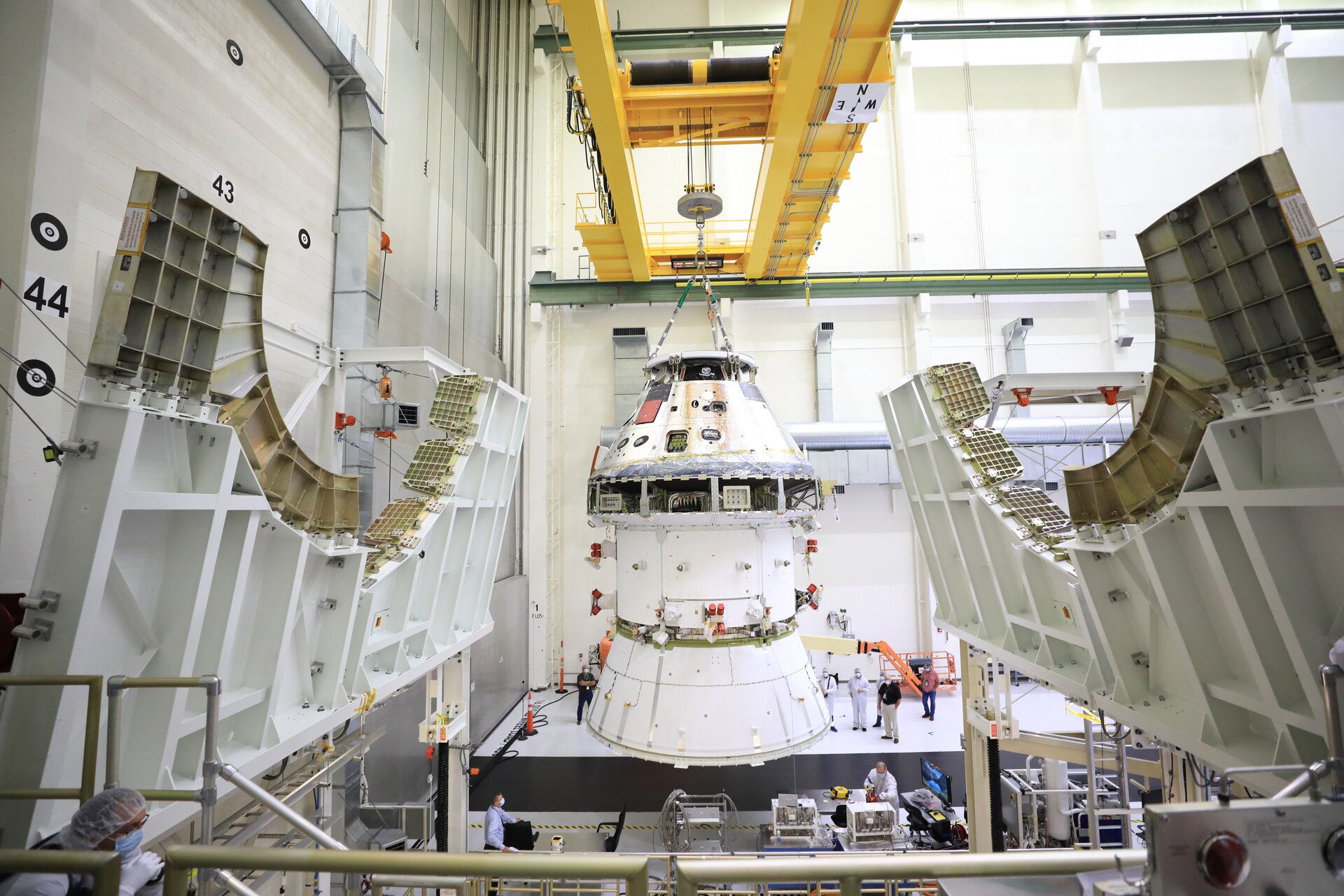 There it is – the first Orion spacecraft to travel to the Moon is seen here in the Neil Armstrong Operations and Checkout facility at NASA’s Kennedy Space Center in Florida, USA.

Already integrated and tested with the first European Service Module that will power and propel the craft and the Crew Module, Orion has now been fitted with the adaptor cone that will connect it to the Space Launch Systems (SLS) rocket. This is one of the final major hardware checkouts before being integrated with SLS for the Artemis I launch to the Moon next year.

Earlier this month at NASA’s Kennedy, the last solar wing for Orion was unfolded, tested and folded for launch. This week, the four solar arrays will be connected to the main structure.

Each 7 m wing are hinged at two points so they can be folded to fit inside the fairing of the SLS rocket. After launch and in Earth orbit the four wings unfold to span 19 m and swivel and rotate to collect solar energy, turning it into electricity for the spacecraft’s systems.

Needless to say, all teams involved – NASA, ESA and the 16 companies in ten European countries supplying the components that make up humankind’s next generation spacecraft for exploration – are over the Moon.

Read more and stay up to date on Orion news via the blog.