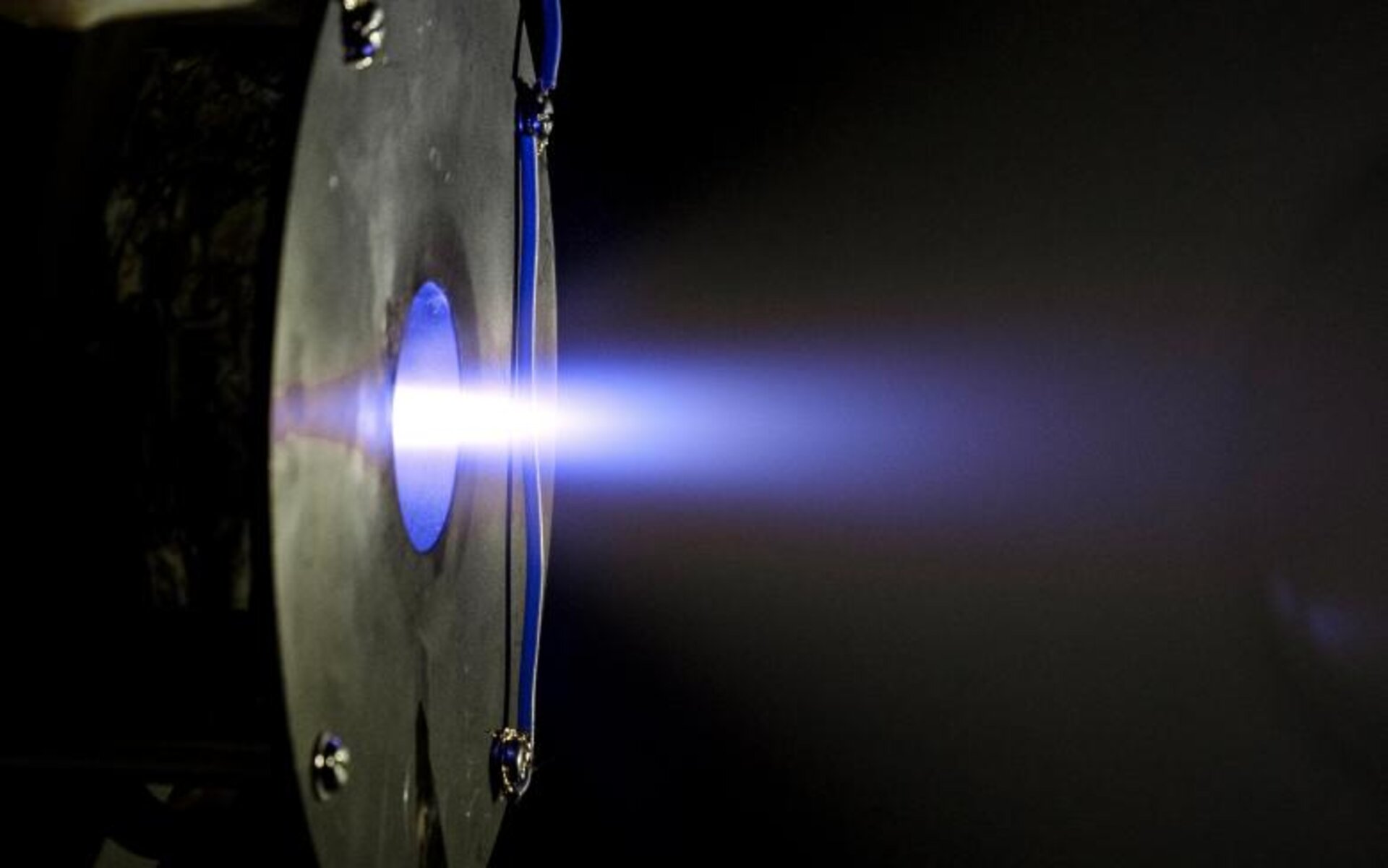 A test firing of Europe’s Helicon Plasma Thruster, developed with ESA by SENER and the Universidad Carlos III's Plasma & Space Propulsion Team (EP2-UC3M) in Spain. This compact, electrodeless and low voltage design is ideal for the propulsion of small satellites, including maintaining the formation of large orbital constellations.

While traditional chemical propulsion have fundamental upper limits, electric propulsion pumps extra energy into the thrust reaction to reach much higher propellant velocities by accelerating propellant using electrical energy. There are many methods of electric propulsion, many of which require electrodes to apply a current, increasing thruster cost and complexity.

By contrast the Helicon Plasma Thruster uses high power radio frequency waves to excite the propellant into a plasma.

Since the very first test ignition was achieved using argon gas in ESA’s Propulsion Laboratory in the Netherlands, in 2015, the HPT has evolved through repeated test campaigns at the EPL and EP2's own facility, leading to improved levels of ionisation and acceleration efficiency and a compact, lighter design.

The technology has since been selected for a grant by the European Commission’s Strategic Research Cluster on Electric Propulsion, aimed at the development and verification of the HPT technology for non-geostationary satellite constellations and other small spacecraft. The result has been the new Helicon Plasma Thruster for In-Space Applications, HIPATIA, project.