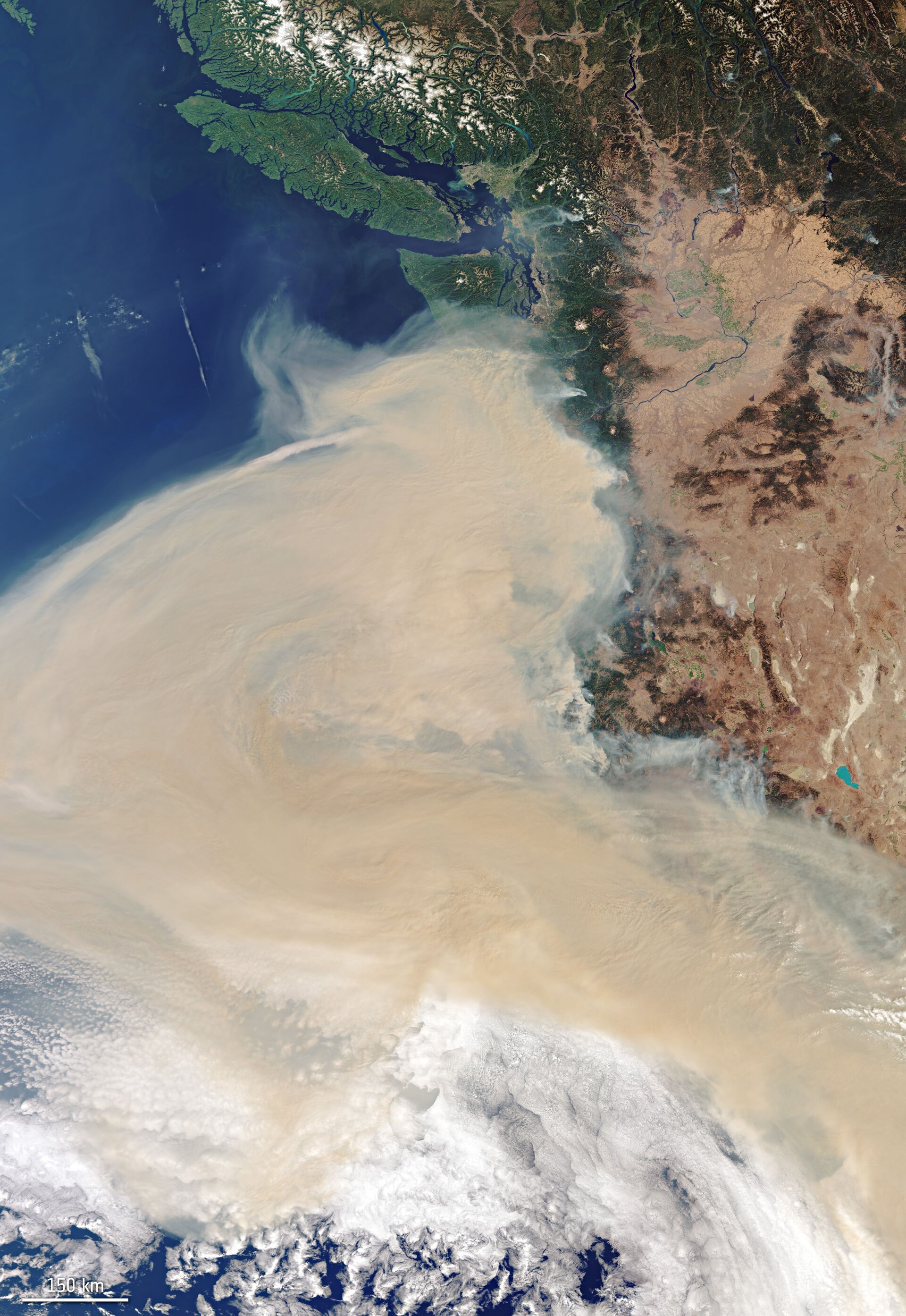 Western US states have been battling close to 100 wildfires, blanketing the majority of the west coast in smoke. Captured on 10 September, this Copernicus Sentinel-3 image shows the extent of the smoke plume which, in some areas, has caused the sky to turn orange.

In this image, multiple fires can be seen in the states of California, Washington and Oregon – the areas hit hardest by the blazes – producing the thick plume of smoke which can be seen travelling westwards. Based on additional data from the Copernicus Sentinel-3 mission, as of yesterday, the smoke was visible travelling 2000 km west of the active fires.

The cities of Portland, Eureka, Eugene, San Francisco and Sacramento are all blanked in smoke. In the top of the image, the cities of Vancouver and Seattle are visible.