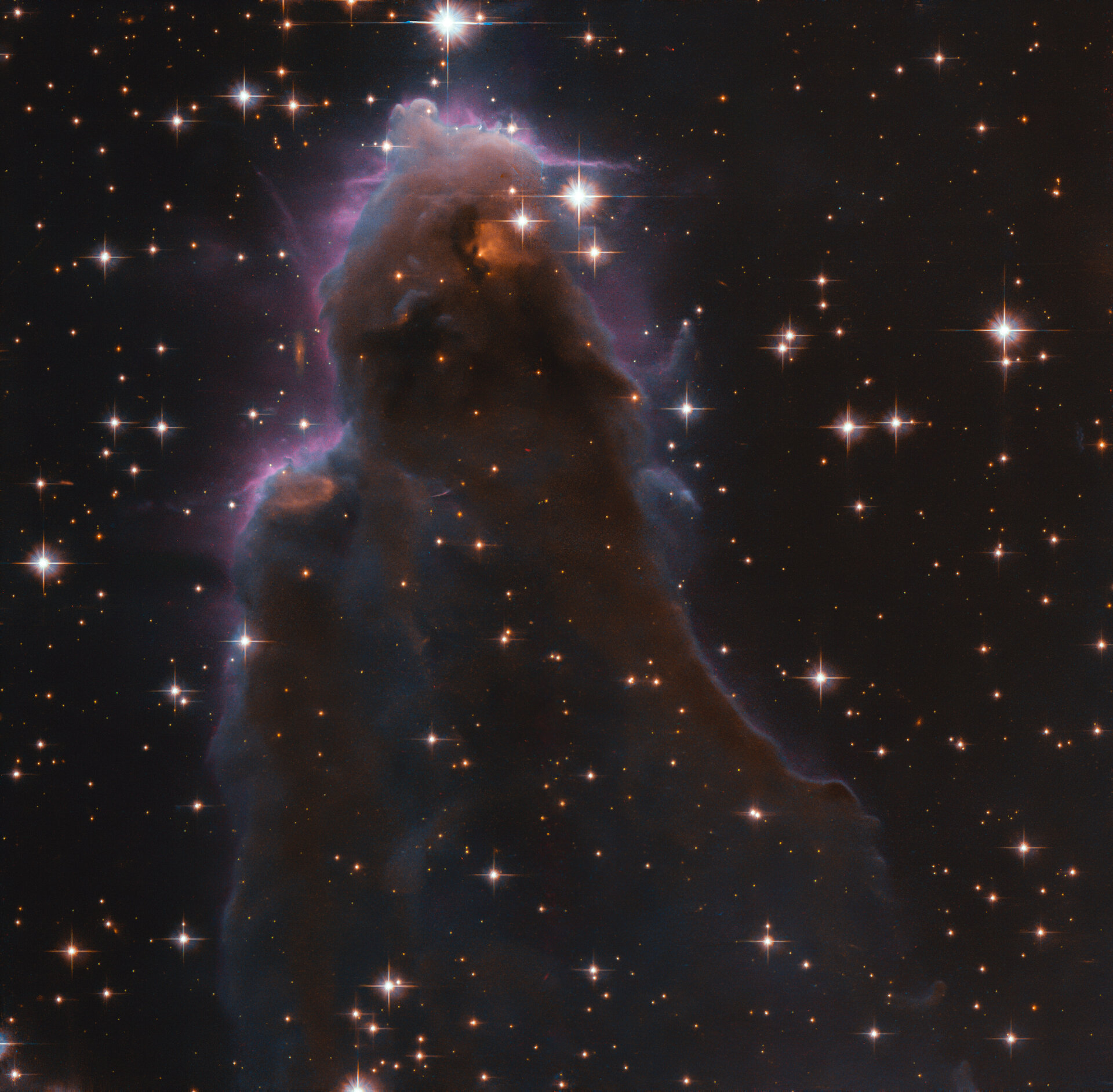 A frEGGS-plosion of star formation

This image, taken with the NASA/ESA Hubble Space Telescope, depicts a special class of star-forming nursery known as Free-floating Evaporating Gaseous Globules, or frEGGs for short. This object is formally known as J025157.5+600606.

When a massive new star starts to shine while still within the cool molecular cloud from which it formed, its energetic radiation can ionise the cloud’s hydrogen and create a large, hot bubble of ionised gas. Amazingly, located within this bubble of hot gas around a nearby massive star are the frEGGs: dark compact globules of dust and gas, some of which are giving birth to low-mass stars. The boundary between the cool, dusty frEGG and the hot gas bubble is seen as the glowing purple/blue edges in this fascinating image.