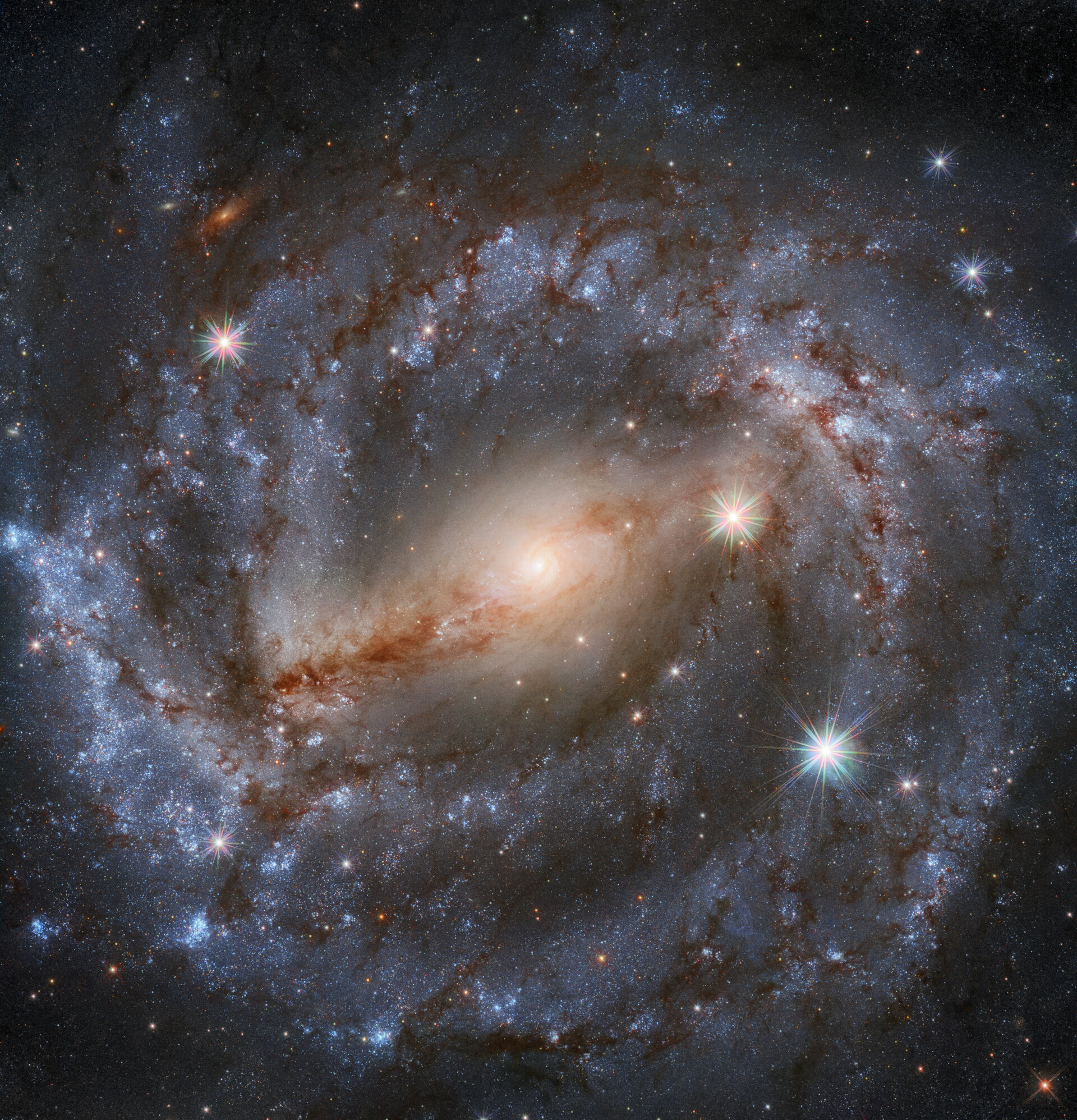 Spirals are in this season

This stunning image by the NASA/ESA Hubble Space Telescope features the spiral galaxy NGC 5643 in the constellation of Lupus (The Wolf). Looking this good isn’t easy; thirty different exposures, for a total of 9 hours observation time, together with the high resolution and clarity of Hubble, were needed to produce an image of such high level of detail and of beauty.

NGC 5643 is about 60 million light-years away from Earth and has been the host of a recent supernova event (not visible in this latest image). This supernova (2017cbv) was a specific type in which a white dwarf steals so much mass from a companion star that it becomes unstable and explodes. The explosion releases significant amounts of energy and lights up that part of the galaxy.

The observation was proposed by Adam Riess, who was awarded a Nobel Laureate in physics 2011 for his contributions to the discovery of the accelerating expansion of the Universe, alongside Saul Perlmutter and Brian Schmidt.