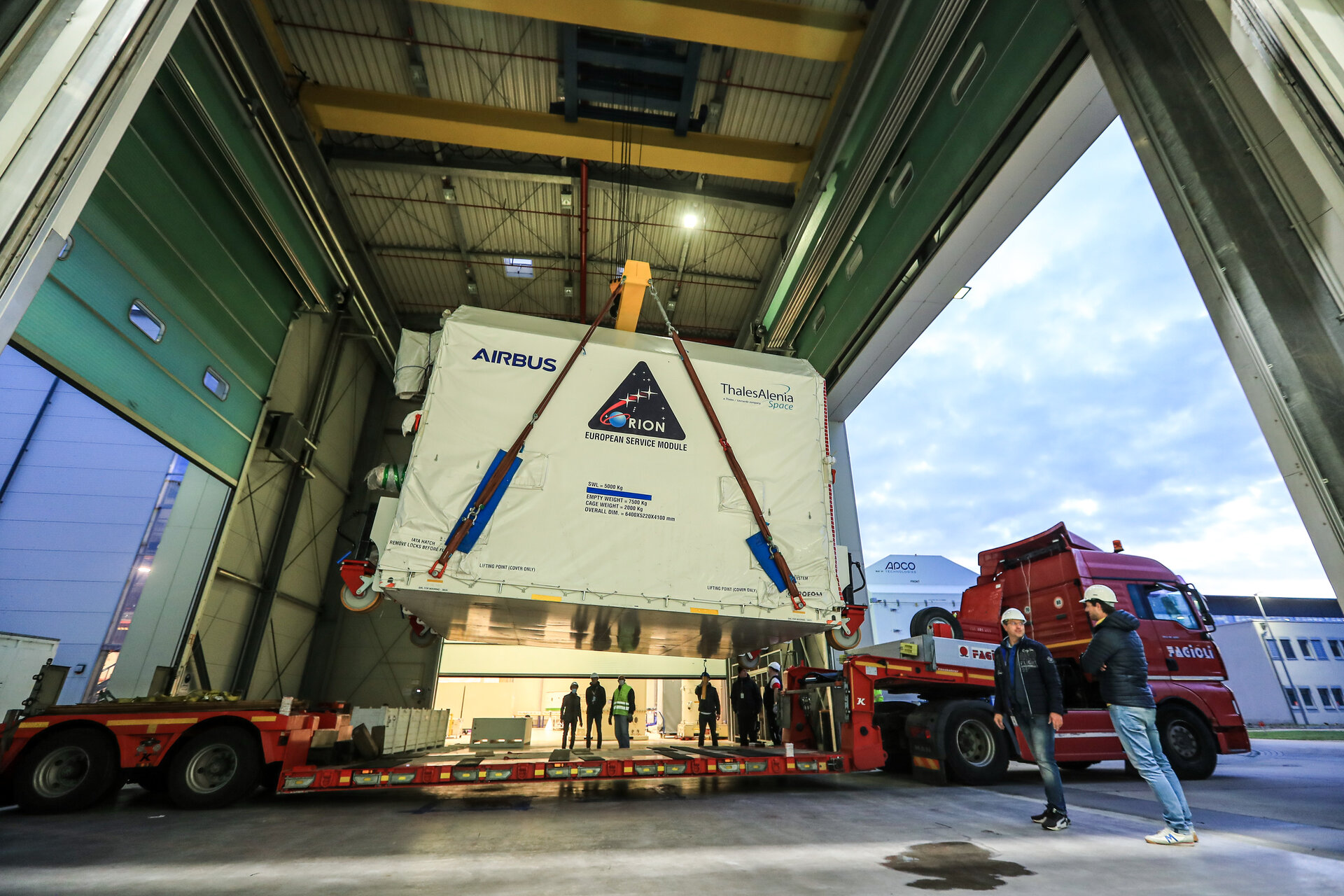 The structure that will fly the first woman and next man to land on the Moon and return on the Artemis III mission by 2024 arrives at the Airbus integration hall in Bremen, Germany, from its Thales Alenia Space manufacturing site in Turin, Italy.

The structure was transported in an oversized container that keeps the temperature and humidity levels constant, taking a week to travel the 1200 km trip.

The European Service Module will now have a myriad of components installed that will power and keep up to four astronauts alive on their trip to land on the Moon. Hardware from 11 countries is shipped to Airbus in Bremen for integration into the structure.

Like how a car chassis is built up, the structure is a shell for technicians to add the four 2000 l propellant tanks, 240 l water tanks, tanks for air, 33 engines, the pipes to connect them all as well as 11 km of wiring for electronics.

The third module structure will join the second European Service Module in the integration hall, it is already far advanced installing the electronics and solar drive array in the process of building it up to become the next-generation of human spacecraft.

The European Service Modules connect to the Crew Module Adaptor of Orion and are part of the Artemis programme to return humans to the Moon – providing air, water, heat and cooling as well as keeping the spacecraft on course for the astronauts inside.

Artemis II in 2023 will be the first flight test with a crew. In 2024, the first woman and next man will fly to surface of the Moon on the Artemis III mission relying on the hardware delivered today, and begin the establishment of sustainable exploration by the end of the decade.