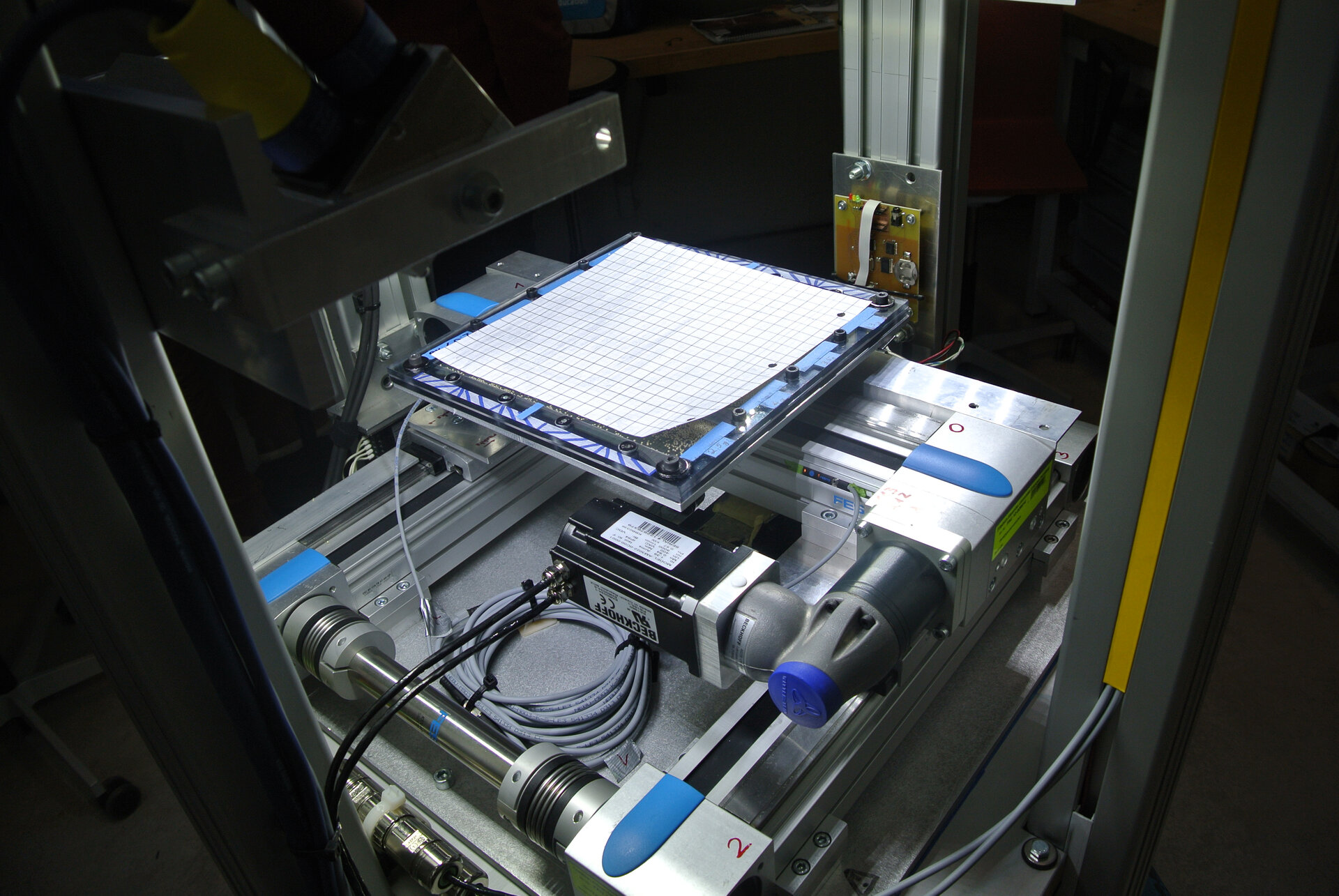 The fifth Drop Your Thesis! campaign reached a successful conclusion on 15 November, when the Fall of Fame team completed their microgravity investigation into the formation of stripes in granular material.

The group of four undergraduate students from Friedrich-Alexander Erlangen-Nürnberg University in Germany was selected by the ESA Education Office for a rare opportunity to use the ZARM drop tower in Bremen.

Their experiment, which was installed inside the ZARM capsule, was designed to investigate the formation of stripes within granular material - in this case amaranth seeds. Under normal gravity, friction between the grains leads to the formation of stripes when the material is shaken. The team wanted to find out what would happen when particle friction was reduced in microgravity conditions.

I got the chance to organise my first scientific project, as well as to do research. Tobias Netter.

For their investigation, they developed a shaker table, to which was attached a closed experiment box. Different amounts of seeds were placed into four slots in the box. For each launch campaign, the experiment was shaken by the special table during 9.3 seconds of microgravity.

The campaign was split into two parts this year. First, there was a preliminary period of experiment integration which took place 27-29 October. This enabled ZARM engineers to verify that the shaker developed by the students would not cause too many vibrations in the launch capsule. The final integration and the launches in the drop tower were undertaken after a short interlude.

Five catapult launches were completed between 11 and 14 November. The data obtained during each period of microgravity were different than originally anticipated. The team was very excited by this new challenge and adapted their experiment parameters between launches in order to gain as much information as possible.

The experiment campaign enabled them to collect valuable data and was considered a great success by everyone involved.

The students are now looking forward to processing the data and gaining a better understanding of what they observed.

“During the Drop your Thesis! programme, I got the chance to organise my first scientific project, as well as to do research,” said Tobias Netter.

Every problem we had led to a learning effect. Raphaela Prach

“Of course it was very hard work to set up the experiment in parallel to our studies and exams. But in the end it was also a lot of fun. The people from ESA and ZARM helped us in every situation. When we applied for the programme we were bachelor students in the second semester, so this support was very useful. I learned a lot about programming, CAD drawings, setting up the hardware and how to perform the experiment and how all these components work together. I am really looking forward to do the evaluation.”

“The Drop Your Thesis! programme was a really great time,” said Raphaela Prach. “We had to invest a lot of work in our setup but finally it was worth it. Every problem we had led to a learning effect, and we obtained knowledge we wouldn´t have received in our studies. The experiences of success helped us going on even in difficult moments and in the end, seeing our set up functioning as we expected was a great feeling. Especially the time in Bremen I will never forget. We had a lot of fun, the possibility to see many interesting things and the results of our experiment in microgravity exceeded all our expectations.”

The ESA Education Office is seeking suitable proposals from university students for Drop Your Thesis! 2014, which will take place late next year. Interested teams from ESA Member States* should register on the ESA Education Office's project portal and upload their completed application. The deadline for proposals is 19 January 2014.

The ZARM drop tower, on the site of the University of Bremen (Germany), is one of the tallest drop tower facilities in Europe. At its heart is a 146 m high tower, surrounded by support facilities that include control rooms, laboratories and hardware workshops.