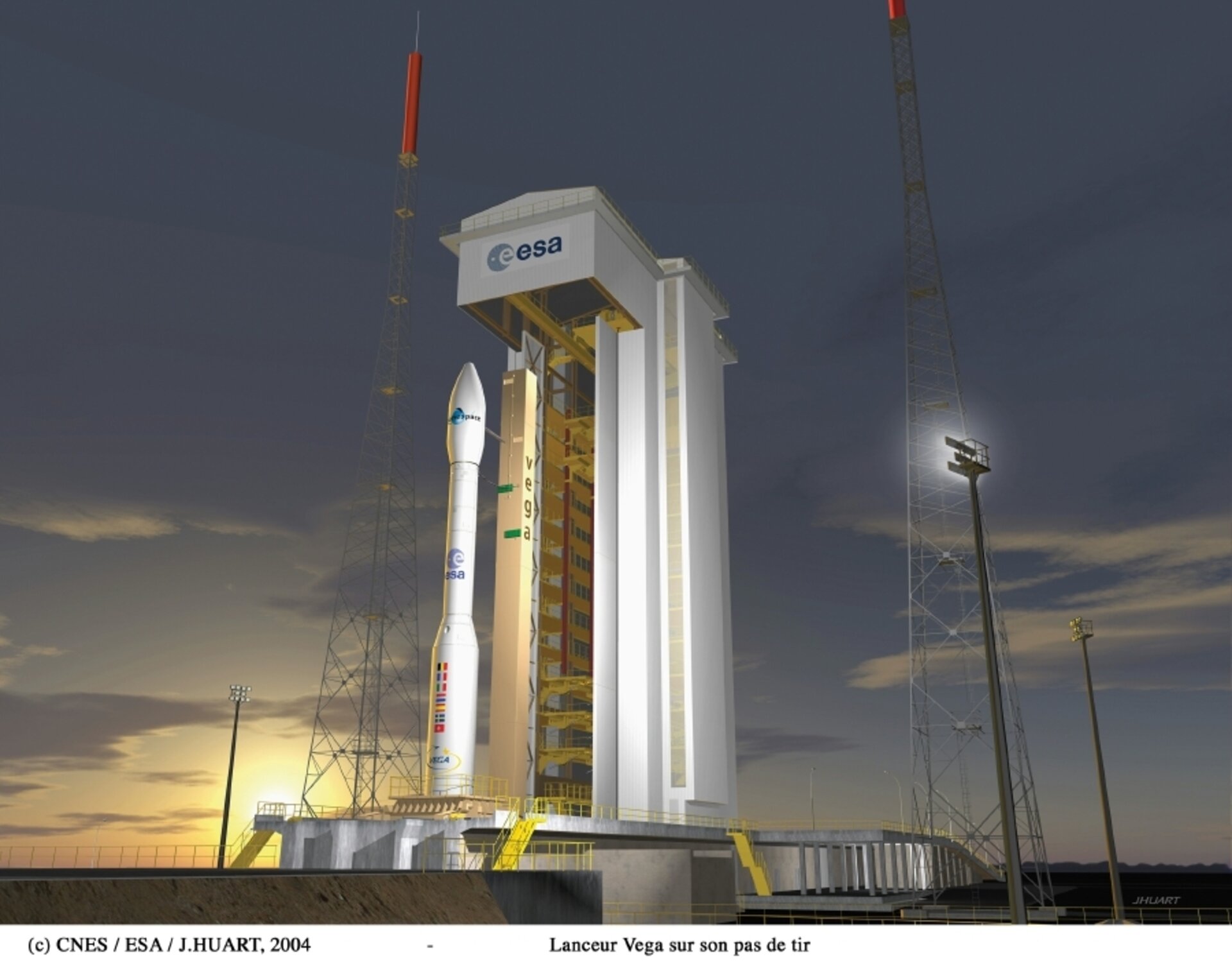 On 28 May 2007, Antonio Fabrizi, ESA’s Director of Launchers, and René Oosterlinck, the Agency’s Director of Legal Affairs and External Relations, signed an agreement to include an educational payload on the maiden flight of the Vega launch vehicle from Kourou, French Guiana.

A call for proposals for the payload will be issued on the Education pages of the ESA web portal during January 2008.

“The Vega maiden flight opportunity offers valuable hands¬-on experience to students from European universities and other educational institutions who intend to pursue a career in the space domain. Student participation in this end-to-end educational space project will include activities from design, integration, verification and launch, to space operations”, said Roger Walker of ESA’s Education Office.

The educational payload will be entirely developed by educational institutions, with advice from ESTEC experts if requested and deemed appropriate. It will comprise two separate components: up to six CubeSats that will be released from the main qualification payload, known as the flight spacecraft, and other ‘fixed payload elements’ that will remain attached to the flight spacecraft.

The CubeSats will be released by two off-the-shelf CubeSat deployment systems. Each deployment system carries up to three standard CubeSats and serves as the interface between them and the flight spacecraft. After release, each 1 kg CubeSat is expected to operate autonomously in orbit for up to one year.

The selection of the six CubeSats to fly, plus six backups, and the fixed payload elements will be decided by ESA management, based upon a recommendation of the selection board. The selection criteria will include the educational content, technical maturity, mission objectives, and a project schedule compatible with the Vega Maiden Flight schedule;

The fixed payload elements, with a total mass of up to 10 kg, will also be selected from the responses to the CFP, subject to agreement regarding all technical, logistical and managerial interfaces.

Following the CFP in November, a workshop for selected participants will be held at ESA’s Space Research and Technology Centre (ESTEC) in Noordwijk, the Netherlands, on 22 – 24 January 2008 where proposals will be presented by the related teams to an ESA expert panel for evaluation. The final selection of the CubeSats and fixed payload elements will be made shortly after the workshop.

Check the ESA Education website for further announcements on the call for proposals.