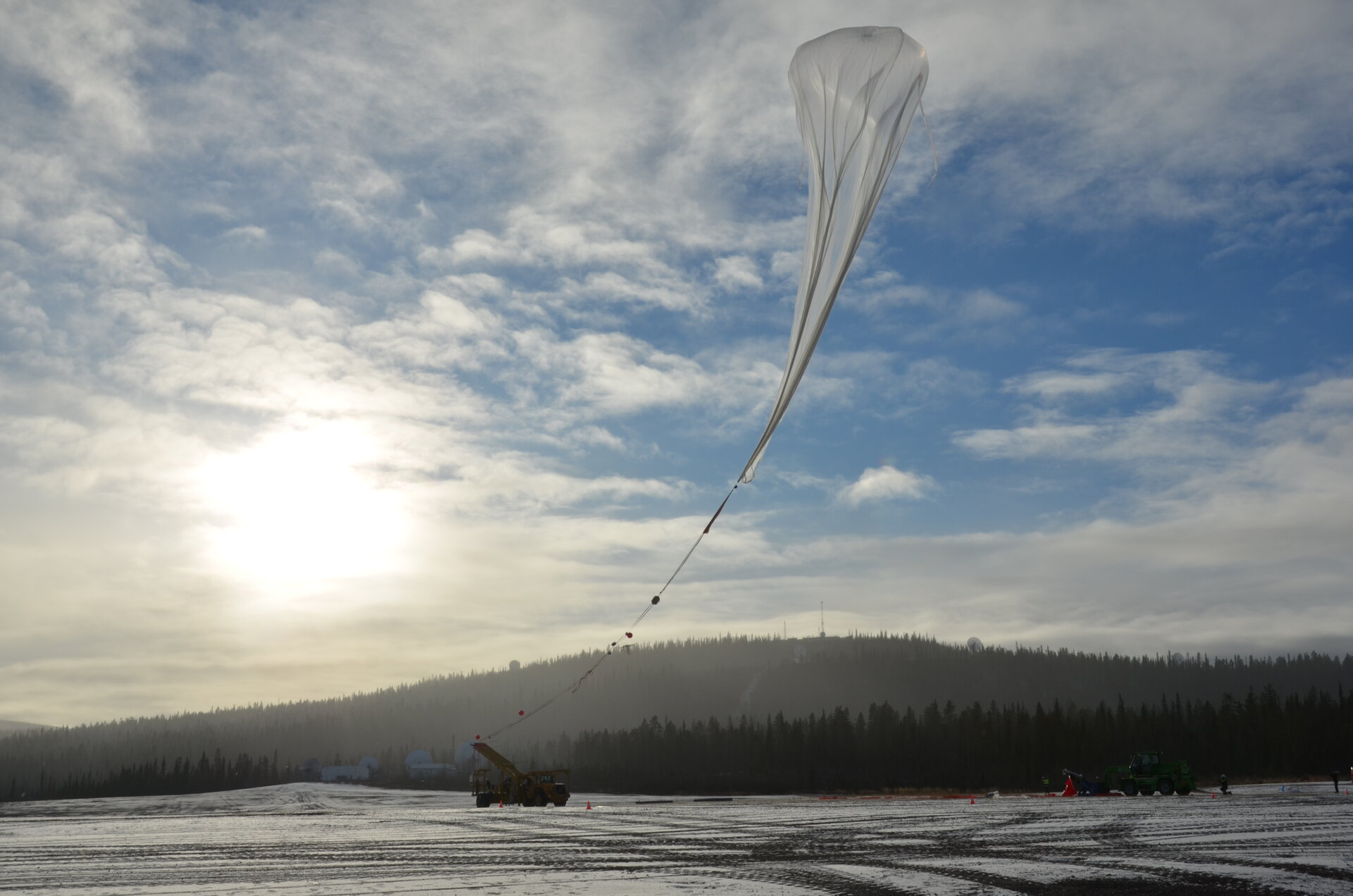 Aurora, reindeer, snow, sun and balloon launches! The full experience of launching stratospheric balloons to the upper atmosphere for 67 students who took part in this year’s BEXUS campaign in Northern Sweden!

The German-Swedish REXUS/BEXUS programme provides two sounding rocket and stratospheric balloon launches every year. Six student teams from ESA member states were selected by SNSB and ESA in December 2016 to develop their ideas into experimental apparatus to be flown on BEXUS 24 and 25

On 13th of October, the teams gathered at Esrange Space Center outside Kiruna, Northern Sweden to prepare their experiments for flight. They were joined by two additional teams from Germany, which were sponsored by the German Aerospace Center DLR.

First was turn of the BEXUS 24, consisting of the experiments CADMUS (Cloud chamber for high Altitude Detection of Muons Under Special relativity effect) from Polytechnic University of Catalonia, Spain, DREX (Deployable Reflector EXperiment) from University of Padova, Italy, EXIST (Examination of Infrasound in the Stratosphere and Troposphere) from Lulea University of Technology, Sweden; and NEMESYS (Neutron Effects on Memory SYStems) from University of Rome Tor Vergata, Italy.

"The day of the launch was long and intense but the experiment could be controlled during the flight and it was impressive to receive all data as expected! We learn so much in only one project: technical, management but also outreach. This experience on REXUS/BEXUS increased my motivation to work in aerospace and it changed the way how I am looking at things."

The BEXUS 24 teams began their first launch attempt with an early countdown starting at 0400 local time on the 18th of October, but soon learnt of some of one the hazards of ballooning 200km North of the Arctic circle when their countdown was aborted at T-1hour due to a snow storm. After a brief break (and some hot chocolate for the launch crew) the countdown restarted and the balloon was launched into blue skies at 13:29 local time. After around 1.5 hours the experiment reached the peak altitude at 26.4km, with the balloon landing in Northen Finland in the early evening.

The next day all efforts focused on the extensive preparations of BEXUS 25 hosting the experiments IRIS (Infra-Red albedo measurements In Stratosphere) from Lulea University of Technology, Sweden and SUNBYTE (Sheffield University Nova Balloon Lifted TElescope) from University of Sheffield, United Kingdom, along with two German teams LOTUS-XD (Light power and Optical Transmission experiment of University Students – eXtra Data) from TU Dresden and HAMBURG (High Altitude Meteoroids-dust-catching-Balloon constrUcted by a Revolutionary Generation) from the Technical University of Hamburg.

BEXUS 25 was declared ready for flight during a Flight Readiness Review in the evening of the 19th, and the teams enjoyed an evening of spectacular Northern lights before another 0400 start. In the meantime a speedy recovery mission saw the return of BEXUS 24 to Esrange and the teams were able to access their experiment and begin to assess the data gathered from their trip to the edge of space!

BEXUS 25 lifted off at 10:26 local time, with clear skies and outside temperatures of -7C. BEXUS 25 unexpectedly achieved a much slower ascent velocity, requiring over 3.5 hours to reach a float altitude of 25.85km, after a long flight, but short float, the flight was terminated in Northern Finland, and will be recovered during the weekend.

"I am so glad for this opportunity, I’ve learnt so much and not only about the technical but also about myself. Launch campaign was full of intensive days and emotions! I really recommend this experiment for aerospace students."

Following the flight the teams will present their initial results in a Post Flight Meeting before returning their respective institutions to further analyse their data, and will deliver a final report in a few months and prepare to present their results at a professional symposium in the coming year.

The REXUS/BEXUS programme continues next year with a new selection process. The short-listing process for the new cycle is already on-going!

The REXUS/BEXUS programme is realized under a bilateral Agency Agreement between the German Aerospace Center (DLR) and the Swedish National Space Board (SNSB). Through the collaboration with the European Space Agency (ESA), the Swedish share has been made available to students from all ESA Member or Cooperating States. EuroLaunch, the cooperation between the Esrange Space Center of SSC and the Mobile Rocket Base (MORABA) of DLR, is responsible for the campaign management and operations of the launch vehicles. Experts from DLR, SSC, ZARM, and ESA provide technical and logistic support to the student teams throughout the project.