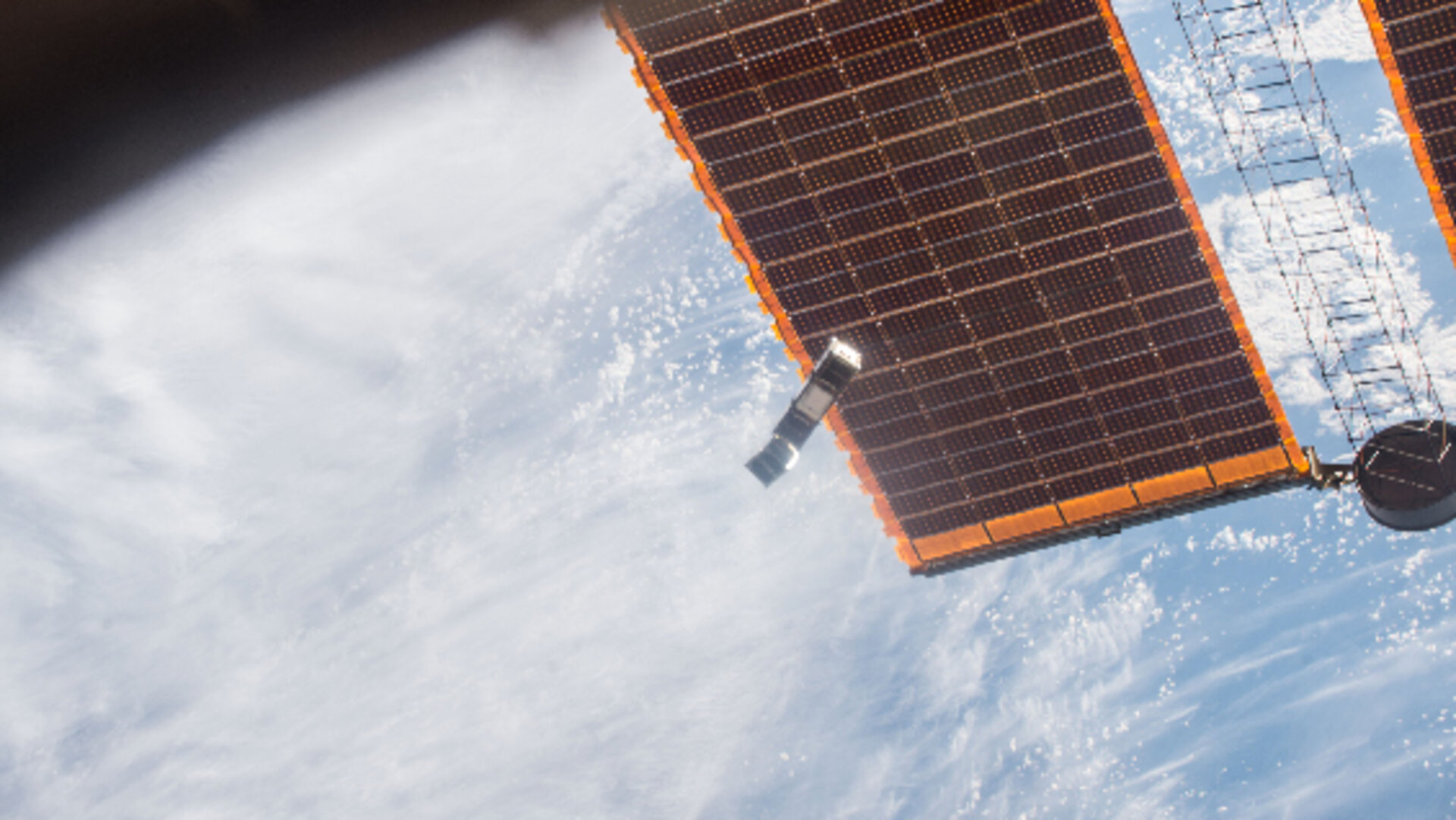 AAUSAT5 was launched from the International Space Station on 5 October2015. Following initial difficulties in establishing a two way communication link with the satellite from the control centre in Aalborg and attempts to improve the ground station performance, the investigation revealed that the northern location of Aalborg, relative to the satellite’s orbit, was a contributor to the communication issue. Therefore the project team reached out to ham operators in more southern locations in Europe for help.

Aalborg University sent special equipment down to a German ham radio operator. From his location south of Frankfurt, this operator now acts as the relay station between the student's control centre in Aalborg and the satellite whenever it passes over Europe. In this way, communication has been established.

“Two-way communication is a very big step for the mission. AAUSAT5 can easily be heard in Aalborg via equipment in Germany, and the satellite can receive and respond to commands sent from Aalborg. So we’ve been able to reprogramme the radio transmitter and receiver on board as a first step towards optimizing the connection,” says Associate Professor Jens Dalsgaard Nielsen, who is supervising the team.

AAUSAT5, a small satellite of 10cm x 10cm x 10cm with a mass of 1 kg, is one of the first two ESA satellites ever sent into orbit directly from the International Space Station.

“We celebrated with champagne when we managed both to hear the satellite and send commands to it,” says fourth-year engineering student Anders Kalør from the AAUSAT5 team. Although he admits it was disappointing when they did not initially hear from the satellite, Kalør says that the team never lost heart.

The Aalborg team has just sent ESA its report on the launch and the first part of the mission. The report describes, in detail, the challenges, the solution, and the current status of the mission.

AAUSAT5’s main mission is to test an improved receiver for detecting Automatic Identification System signals emitted by ships. The next major goal is to determine whether the satellite is capable of registering ships as planned and, if so, whether it can then relay the ships’ positions down to the control centre.

In some ways the communication challenges proved to be a blessing in disguise, forcing the team to work even harder and learn even more. “I’ve learned more about radio communication the past three weeks than in the entire rest of the programme. So as training it has been perfect.” says team member Lasse Bromose.

AAUSAT5’s deployment could be the first in a new programme offered by the ESA Education Office called Fly Your Satellite from the ISS!

Several of the ham radio operators who assisted the AAUSAT5 team have been given the status of external crew members. They are: Mike Rupprecht DK3WN (Germany), Lars Mehnen OE3HMW (Austria), Jan Van Gils PE0SAT (The Netherlands) and Lars-Christian Hauer DJ3BO (Germany).

Automatic Identification System signals emitted by ships are mainly used on a ship-to-shore and ship-to-ship basis. Because the signals are short-range, operating over several hundred kilometres only, large spans of the ocean remain unconnected. But the signal strength is enough to reach orbital altitudes, and this opens the window for worldwide maritime monitoring from space.