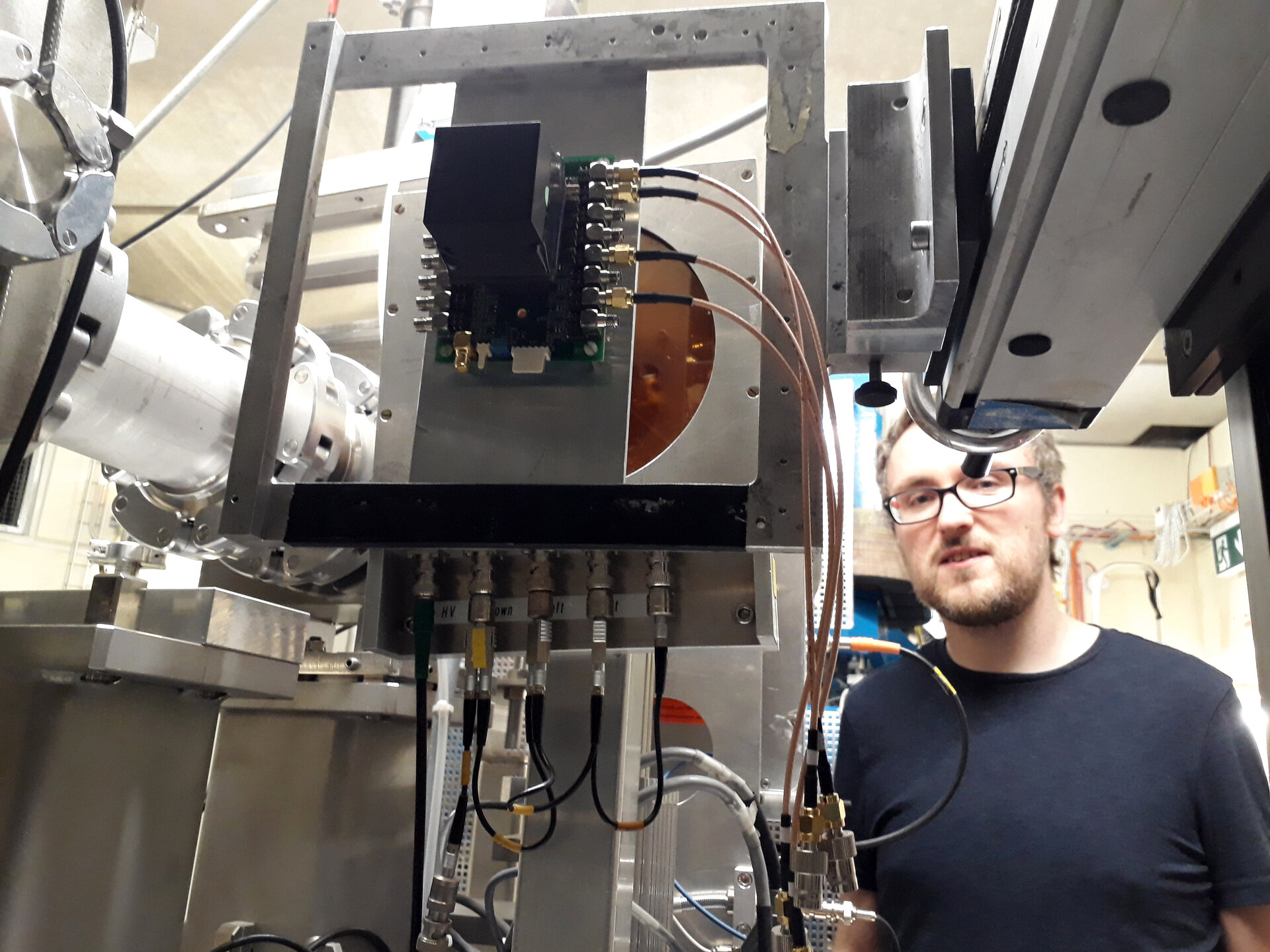 ESA’s ‘Fly Your Satellite!’ programme is run by ESA Education with the participation of European Universities. It gives the next generation of scientists and engineers the chance to build their own CubeSats, and send them into space.

The challenges of sending satellites into space are many and varied. For example, in Low Earth Orbit, satellites can pass through the South Atlantic Anomaly. Satellites traversing this region are exposed to high energy protons that can damage sensitive equipment.

This is a concern for Fly Your Satellite! teams. To help, ESA Education in collaboration with the Radiation Hardness Assurance & Component Analysis section (TEC-QEC) provided a golden opportunity: CubeSat equipment could be brought for proton radiation testing at the Proton Irradiation Facility (PIF) located at the Paul Scherrer Institute (PSI) in Switzerland. PIF is part of the ESA supported European Component Irradiation Facilities (ECIF).

Two Fly Your Satellite! teams answered this call and were sponsored by ESA Education. EIRSAT-1, from University College Dublin, Ireland aims to test a novel gamma-ray detector module and an experiment with thermal coatings for spacecraft. They wanted to examine how proton exposure would affect the Silicon Photomultiplier (SiPM) sensors, which are an important part of their satellite’s gamma-ray detector experiment. Will the radiation environment in Low Earth Orbit damage these sensors over time?

The second team was ISTSAT-1, from the Instituto Superior Técnico, Portugal, who will use their CubeSat to demonstrate an aircraft detection technology. They were keen to test the reliability of their On-Board Computer (OBC) under these extreme conditions.It has been designed to overcome radiation-induced errors despite not having radiation-hardened hardware – but will the theory match with reality?

The tests were undertaken in November 2018 under the supervision of ESA radiation engineers. The students gained experience of how radiation experts prepare and conduct tests, and discovered that the PSI facility’s beam diameter is almost as large as a standard CubeSat electronics board, allowing entire subsystems to be tested in one go!

The EIRSAT-1 team said of their experience, “During the preparation for the test campaign we learned how to calculate radiation doses both in orbit and from the proton beam. It was also a good chance to prepare test specifications and test procedures, an important part of all space missions, and to receive valuable feedback from ESA radiation engineers. The test campaign itself gave us the incredible experience of getting to physically install our hardware at the proton beam and to work closely with the physicists and engineers to conduct the test procedures.”

The preliminary results have already proved valuable, helping the teams to understand how their equipment may behave when passing through the South Atlantic Anomaly. Team EIRSAT were able to characterise the degradation of the gamma-ray sensor in order to understand its behaviour, and how its measurements could be impacted. The ISTSAT-1 results allowed the students to test the mitigation techniques they implemented on their OBC board in order to ensure that it does not suffer any unrecoverable malfunctions when subjected to the radiation environment in Low Earth Orbit. “This was a unique opportunity to test our self-developed hardware in conditions not typically covered in the environmental test campaign” added a ISTSAT-1 student team member.

The Fly Your Satellite! teams will continue to work on their CubeSats, preparing for their ultimate launch into space!