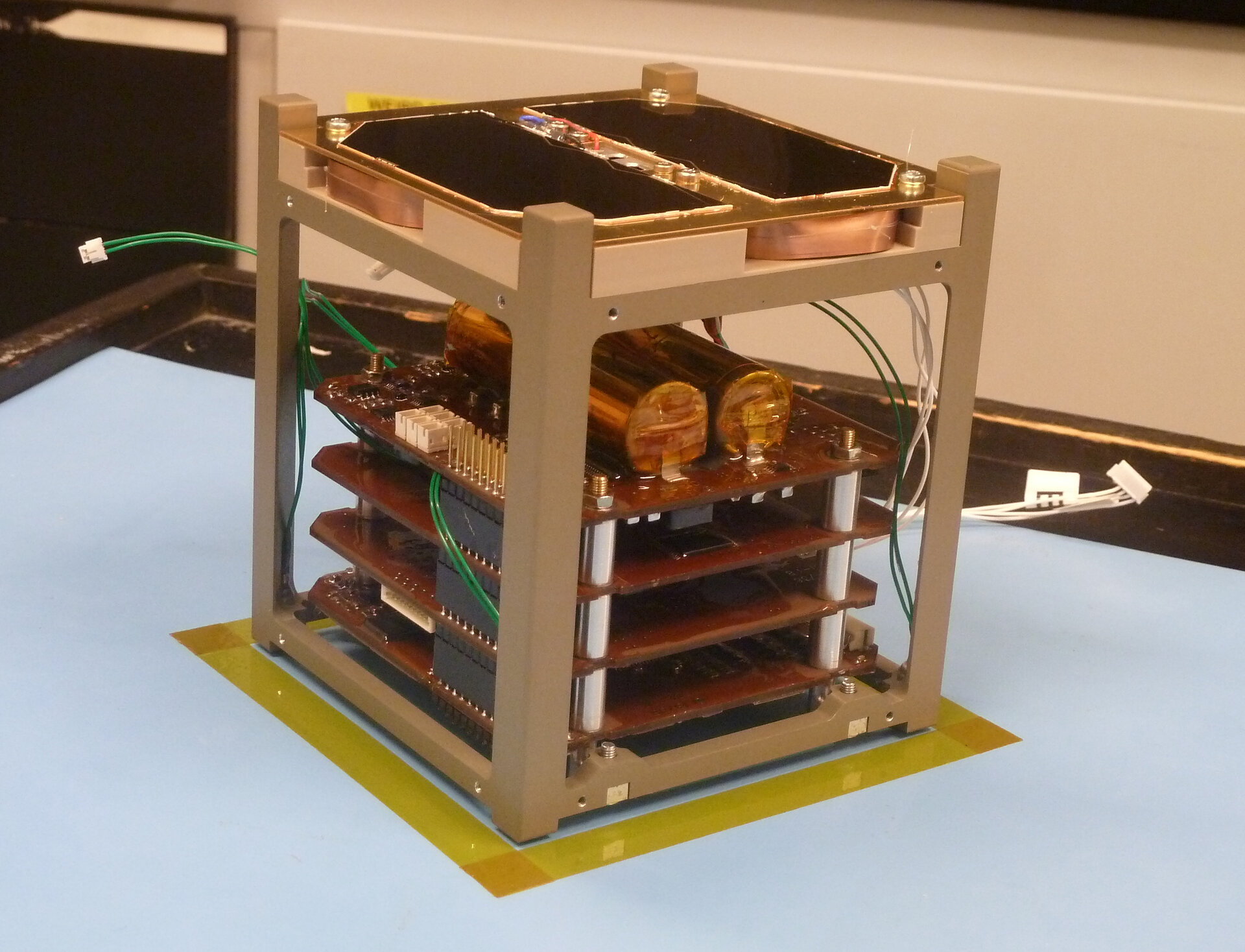 Now the testing can really begin! Three teams of university students have taken a step closer to their dream of flying their satellite in space. A board of ESA experts has selected small satellites from Belgium, Italy and Denmark to proceed to testing in conditions that will simulate the environment of outer space.

The team’s satellites will be put through their paces at ESA’s test facilities in Noordwijk, the Netherlands. This will ensure that the student-built satellite can survive the rigours of launch and work in the harsh conditions they will find in space.

Those that succeed in these challenges will be offered a ‘ticket to orbit’. This will be ESA’s promise to help find a suitable launcher to place the satellites into space for real.

The satellites themselves are known as CubeSats. They have a mass of approximately one kilogram, and dimensions of approximately 10x10x10 cm. The success of this class of small satellites has been made possible by the increasing miniaturisation of components. The relatively modest costs required for their development and launch has ensured that CubeSats are becoming more and more popular among student teams.

ESA’s Education Office announced the Fly Your Satellite! programme in January 2013 and six student teams were selected to participate with their respective CubeSats. All participating CubeSat projects were required to have a predominantly educational objective, as well as scientific or technological objectives.

The three successful teams have all demonstrated that their satellites work under laboratory conditions. Now, as they progress to phase 2, ESA experts will help them determine whether the equipment is likely to work in space.

Firstly, the satellites must be tested to ensure that they will survive launch. This will happen by placing them on a mechanical vibration table that will shake them to simulate the forces at work when the rocket takes off.

Secondly, they will be placed in a vacuum chamber that will simulate the temperature and the vacuum conditions of the space environment. In this harsh environment the spacecraft parts can seize up and malfunction.

The CubeSats that pass these tests and acquire their ticket to orbit will progress to phase 3. This will involve the preparation for a launch opportunity and the CubeSats’ installation in the launcher. Phase 4 will be the launch itself, the deployment to orbit, and the operation of the satellite.

The selected teams will now meet at ESA’s European Space Research and Technology Centre (ESTEC) for a kick-off meeting at which ESA specialists will explain the approach to be taken in order to test properly CubeSats in environmental conditions representative of the launch and of the space mission.

Although the short-term goal is to test the CubeSats for launch, there is a longer term aim at work as well. By training students to better prepare for real space missions, ESA aims to contribute towards the preparation of the next generation of European space professionals.

“By helping to train ‘hands-on’ university students with a direct interaction with ESA specialists, which facilitates a transfer of knowledge from expert ESA professionals to the CubeSat teams, the ‘Fly Your Satellite!’ programme has the ambition to contribute to form a  better skilled and self-confident workforce for Europe’s future space programmes,”  says Piero Galeone, Head of the Tertiary Education Unit of ESA’s Education Office, and FYS Programme Manager.

The CubeSats selected for Phase 2 have the following scientific or technological mission objectives: