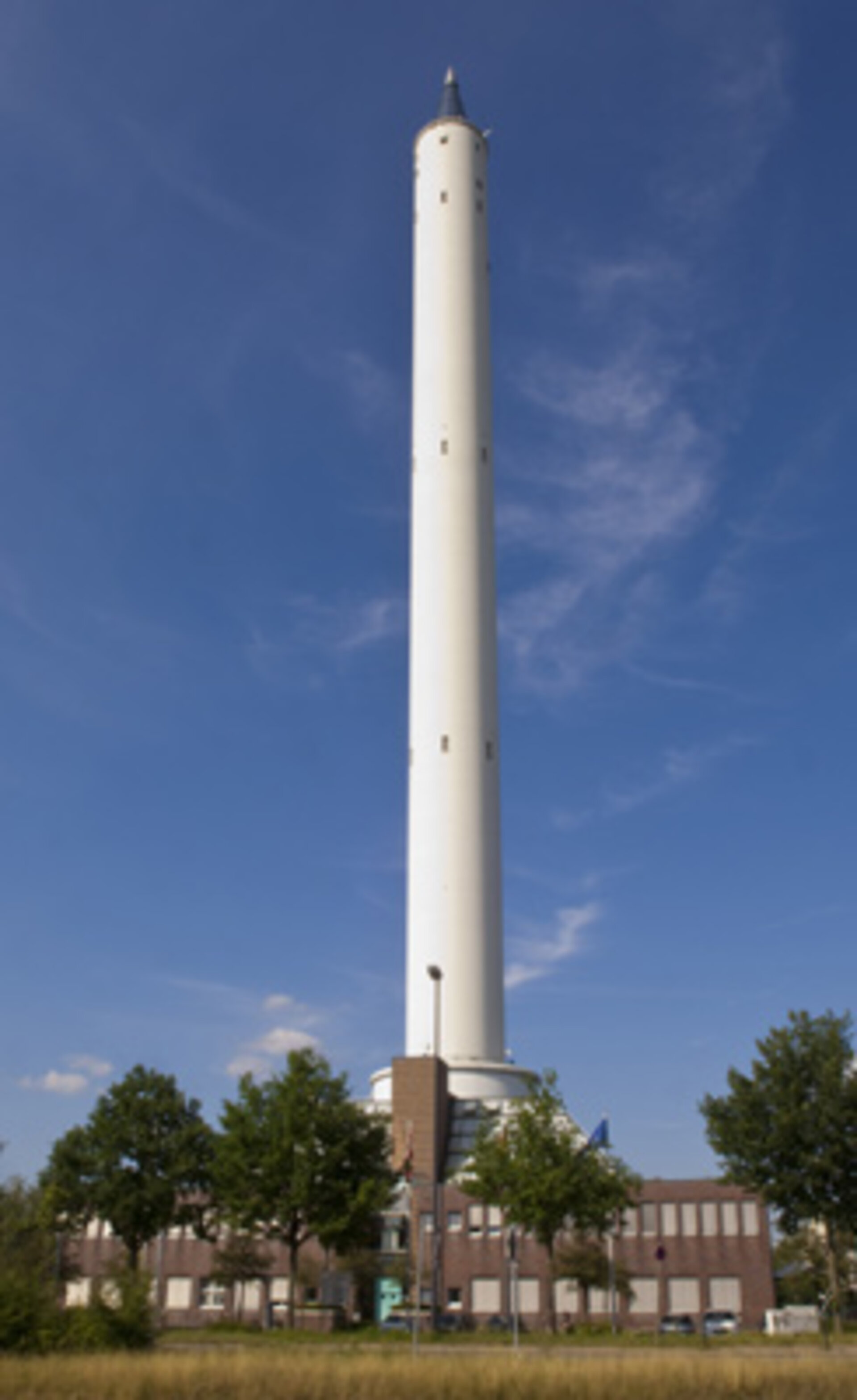 The Fall of Fame team has been selected to develop and conduct their microgravity experiment during ESA’s next Drop Your Thesis campaign, which is scheduled to take place 4 - 15 November 2013.

Over the past five years the Drop Your Thesis! programme has given selected Master or PhD students the opportunity to develop – as part of their thesis - an experiment to be carried out during a series of launches at the ZARM drop tower in Bremen, Germany.

Following a call for proposals in October 2012, a group of experts from ESA’s Education Office, ESA’s Directorate of Human Spaceflight and Operations, ZARM-FABmbH and ELGRA (European Low Gravity Research Association) selected Fall of Fame from the list of entries.

The Fall of Fame team is composed of four students from Friedrich-Alexander University in Erlangen-Nürnberg, Germany. They proposed an experiment to clarify the mechanism of stripe formation which occurs in shallow, granular layers when they are subjected to horizontal vibrations. This effect has been known for about 20 years, but still lacks a definitive explanation.

Based on numerical simulations and experiments carried out under normal gravity, the team expects striped patterns to appear within about 3 seconds and to be fully developed after about 6 seconds. The students believe that the microgravity facilities at ZARM will provide an ideal environment to study how granular stripe formation is influenced by the perturbing action of gravity.

During the preparation of their experiment, the student team will be supported by ESA's Education Office and ZARM engineers. A member of the European Low Gravity Research Association (ELGRA) will also be on hand to provide advice and expertise in gravity-related research.

The first week of the campaign will be dedicated to integration and ground testing of the experiment, followed by the series of five microgravity tests during the second week.

To improve the educational benefits of this successful hands-on programme, Drop Your Thesis! will be open to all university students, including bachelors from 2014.

The Drop Your Thesis! programme gives university students the opportunity to perform their own scientific experiment in microgravity conditions, as part of their Masters thesis, PhD thesis or research programme, by participating in an ESA-sponsored campaign at the drop tower facility operated by the ZARM Centre of Applied Space Technology and Microgravity in Bremen, Germany.