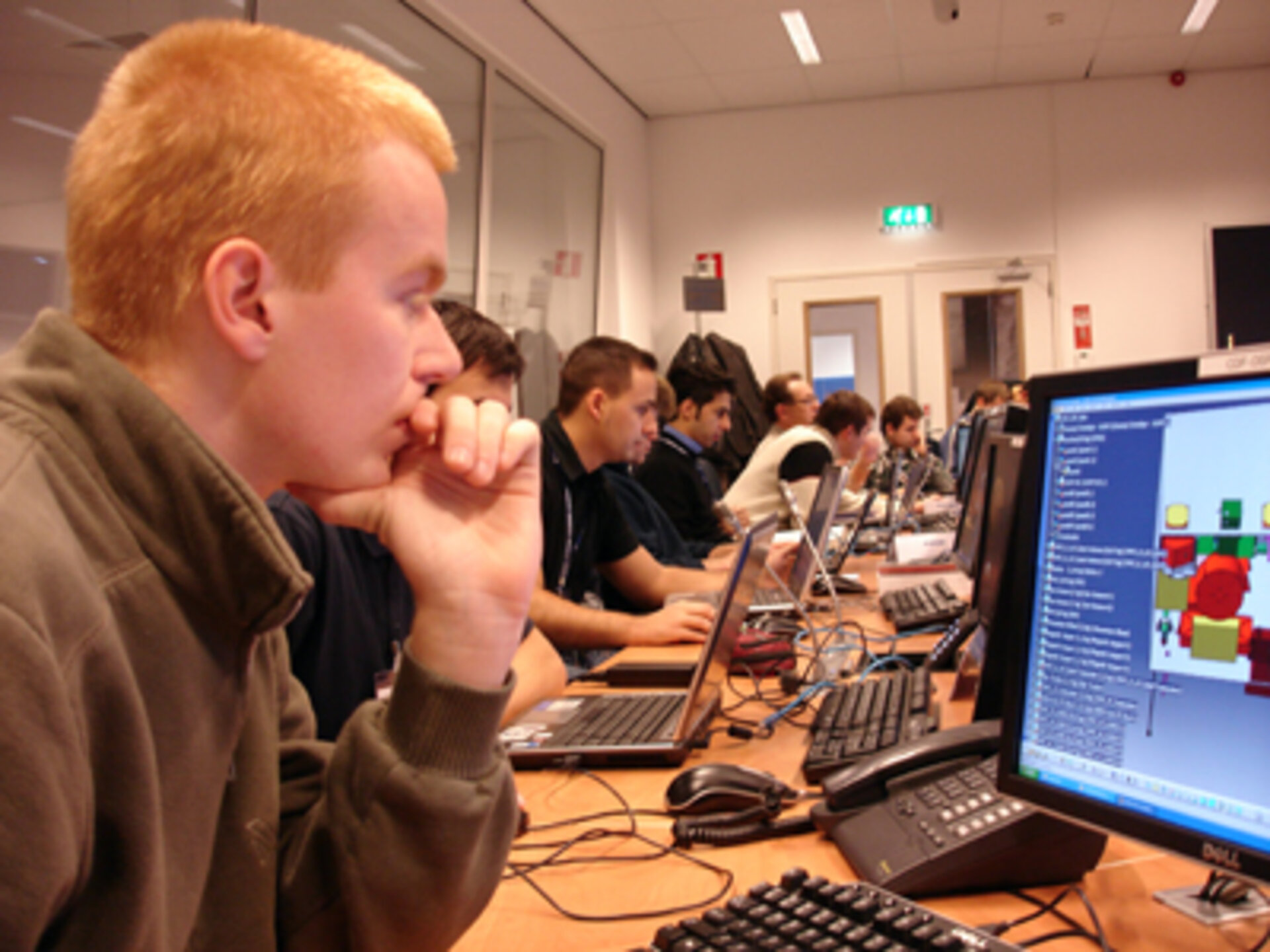 The first workshop to be conducted during the B2 development phase of the European Student Earth Orbiter (ESEO) was held from 15 to 19 December 2008. Organised by the ESA Education Office, the workshop took place in the Concurrent Design Facility (CDF) at the European Space Research and Technology Centre (ESTEC) in the Netherlands.

In the early stages of Phase B2, the ESEO project is studying the implementation of some important changes in requirements, in order to comply better with launch opportunities to fly the satellite to low Earth orbit as a secondary payload on one of the VEGA qualification flights.
This essentially involves a redesign to reduce the dry mass of the satellite and its payload from about 120 kg (as per Phase B1) to a target of 75 kg, while at the same time maintaining an architecture that will support the key systems and functions of the satellite.

The ESEO reconfiguration activity is led by Carlo Gavazzi Space, the Industrial Contractor for ESEO Phase B2 and Phase C/D, supported by their university coordination team.

The workshop involved the direct participation of 11 students from 7 different universities, who attended the ESTEC CDF in person, while five other students (representing subsystems to be designed by three additional universities) were involved via teleconference.

The workshop was also supported by AMSAT, an international group of amateur radio operators that is participating in ESEO by providing some of the satellite communication functions. AMSAT will enable the ESEO flight operations to access the Global Educational Network for Satellite Operations (GENSO) and the worldwide amateur radio network.

The end results of the workshop were the successful completion of the preliminary definition of the new ESEO configuration and the definition of the corresponding preliminary system budgets (mass, power, data links), as well as the identification of potentially critical areas that will require further attention at a later date.

ESEO is the second micro-satellite mission within the ESA Education Office’s Satellite Programme. It builds upon the experience gained with the SSETI Express micro-satellite, launched in 2005, and the YES2 student experiment flown in September 2007.

The project schedule foresees Phase B2 lasting one year, then a 2 year-long Phase C/D, followed by the launch campaign, with launch expected to take place in 2012.