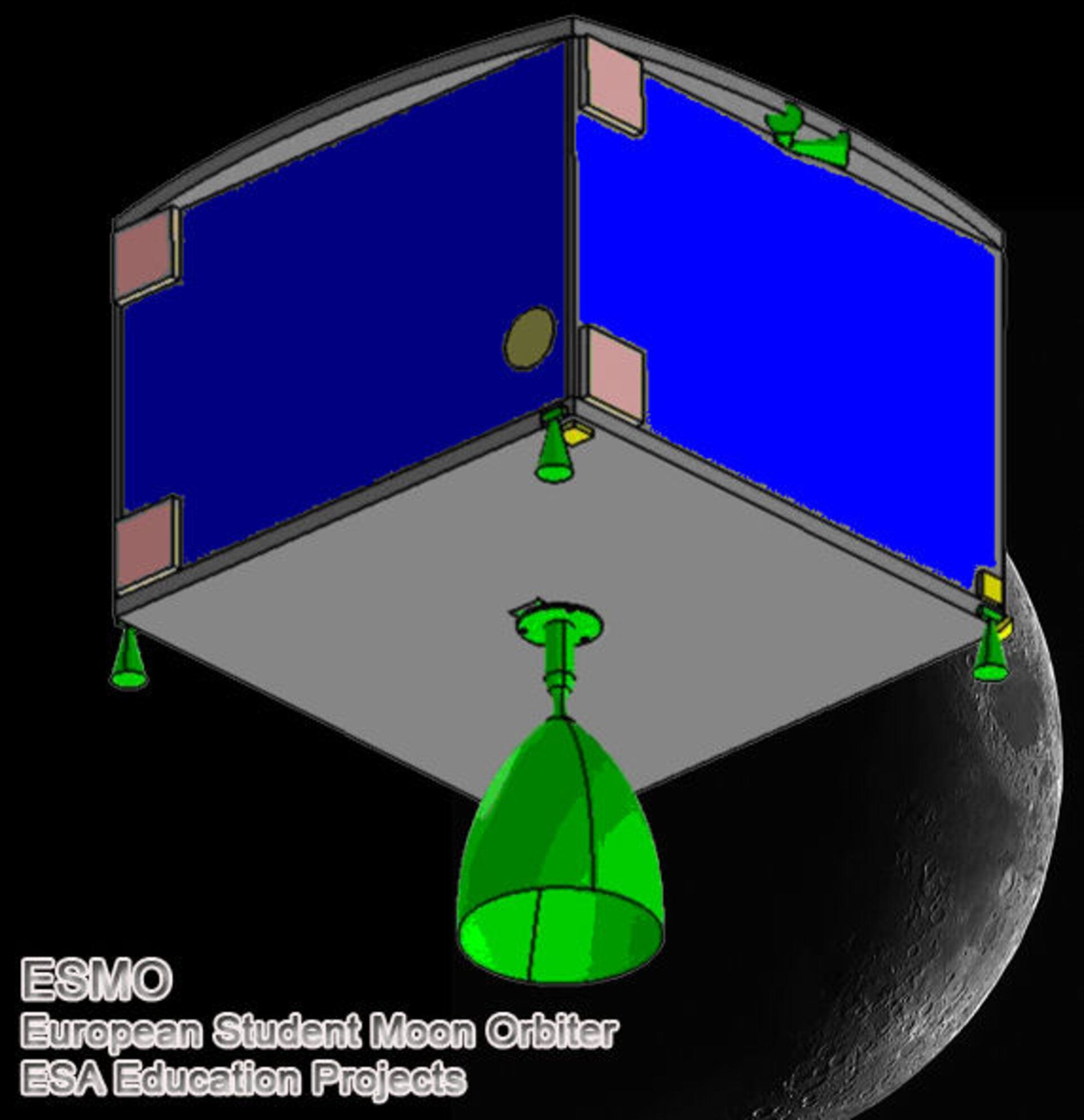 The ESA Education Office is currently looking for student teams to fill the following vacancies in phase B1 (preliminary design) of the European Student Moon Orbiter (ESMO) project, which is expected to last until February 2009.

The call is open to students who are from universities in ESA Member or Cooperating States. Furthermore, the university shall have the necessary experience in the related field, and an experienced professor shall be able to supervise and give support to the team.

It is anticipated that the ADCS team will be comprised of at least 5 individual students with responsibility for the subsystem level aspects of the attitude determination and control for the ESMO spacecraft. In addition, the team will be responsible for certain units within the subsystem such as sun sensors and Inertial Measurement Units.

Based on the design developed in the Phase A study, the team will perform the following tasks:

If selected for the later phases of the project, the team would perform the following tasks.

It is anticipated that the AIV team will eventually transition into the OPS team to maximize the benefit of the chosen team and their gathered knowledge with respect to the spacecraft flight model performance.

The team should be comprised of at least 5 students and has the responsibility for the following during phase B1.

If selected for the later phases of the project, the team would perform the following tasks.

It is anticipated that the SPEN team will be comprised of at least 5 individual students with responsibility for space environment & effects analysis relating to the ESMO mission profile.

The SPEN team shall perform the following tasks.

Each team shall submit their proposal to esmo@esa.int using the provided template.

The deadline for submission is September 12 at 23:59 CET.