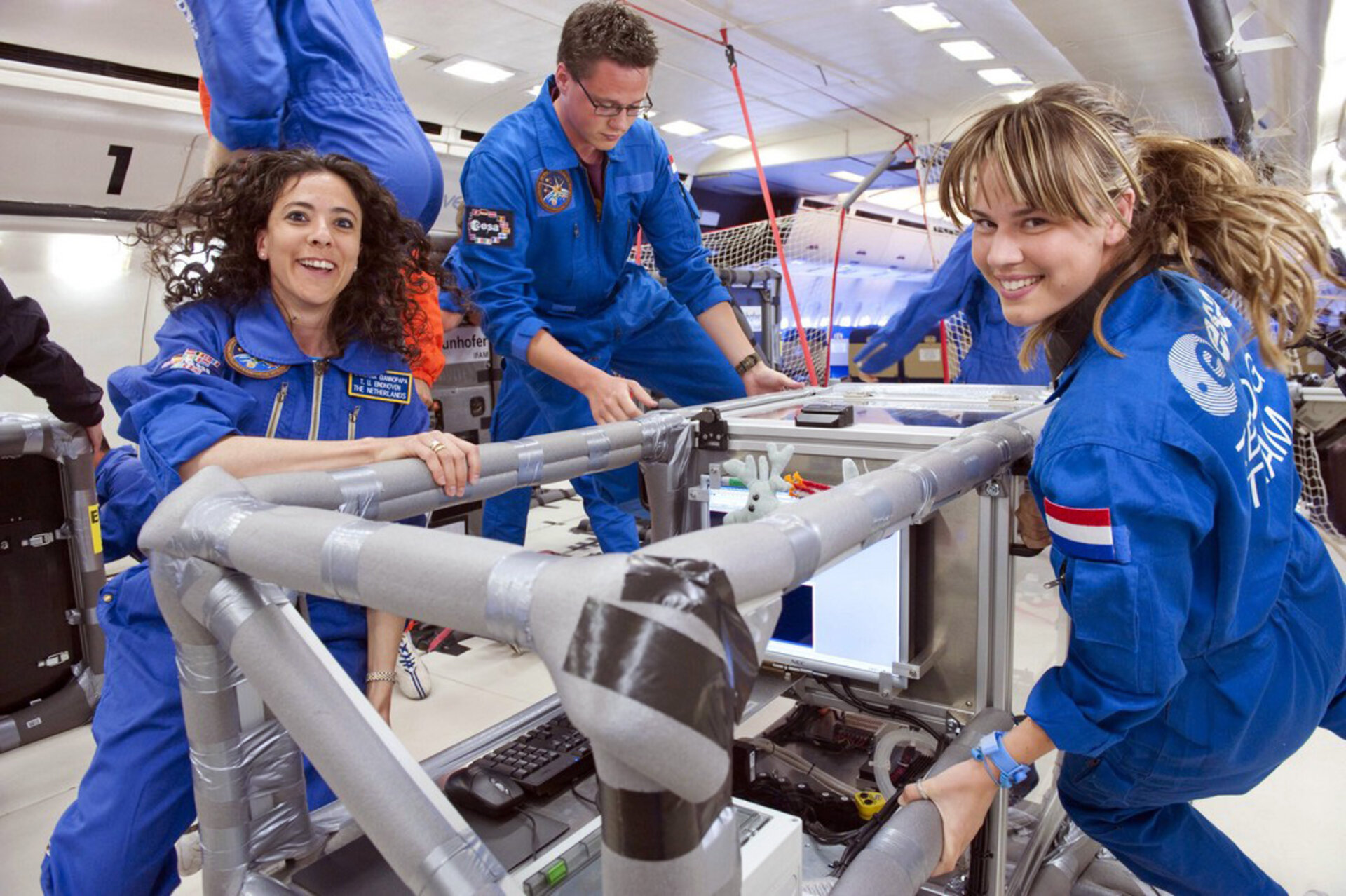 The second series of flights in ESA's 'Fly Your Thesis!' programme concluded recently. After many months of preparation, the 10-day campaign culminated with four student experiments making three parabolic flights aboard the Airbus A300 Zero-G aircraft.

Four student teams, from the UK, France, Belgium and the Netherlands, were selected for this rare opportunity to conduct their own experiments during ESA's 54th Parabolic Flight Campaign.

The students arrived at the Novespace facilities in Bordeaux, France, on 16 May, and began to unpack their experiment racks.

Over the next three days, they loaded the racks onto the aircraft and prepared for flight.

Following a weekend break, the excitement mounted as they were given their flight suits.

The first flight, on 24 May, involved an early start, with some experimenters arriving as early as 6 am. Optional medication was taken to prevent flight sickness and final preparations were completed by 9 am.

Three hours later, back on the ground, the students expressed their satisfaction with the unique experience.
During the second flight, on 26 May, two of the experiments worked well, while the other teams had to deal with some technical difficulties.

The students spent the rest of the day working to ensure their experiments were ready for the next day. Their efforts paid off, and the third flight on 27 May was a success, with all four of the experiments running smoothly.

All of them were looking forward to analysing the results from their experiments.

They were also delighted to meet two of ESA's latest astronaut candidates, Samantha Cristoforetti and Thomas Pesquet, who also participated in the campaign.

Quentin Galand summarised the experience for the Belgian team: "From all points of view, the FYT 2011 has been a great programme."

"All of us have profited and learned from many different things: project management, technical build-up of the experimental set up, the scientific objectives of the experiment and, last but not least, the great human experience."

Details of the four experiments can be found on the 'Meet the Teams' pages.

'Fly Your Thesis!' was introduced in 2008 to provide students with a unique opportunity to perform scientific experiments in microgravity as part of their Masters or PhD theses.

The programme is supported by ESA’s Education Office, ESA's Directorate of Human Spaceflight and Operations, and members of the European Low Gravity Research Association.