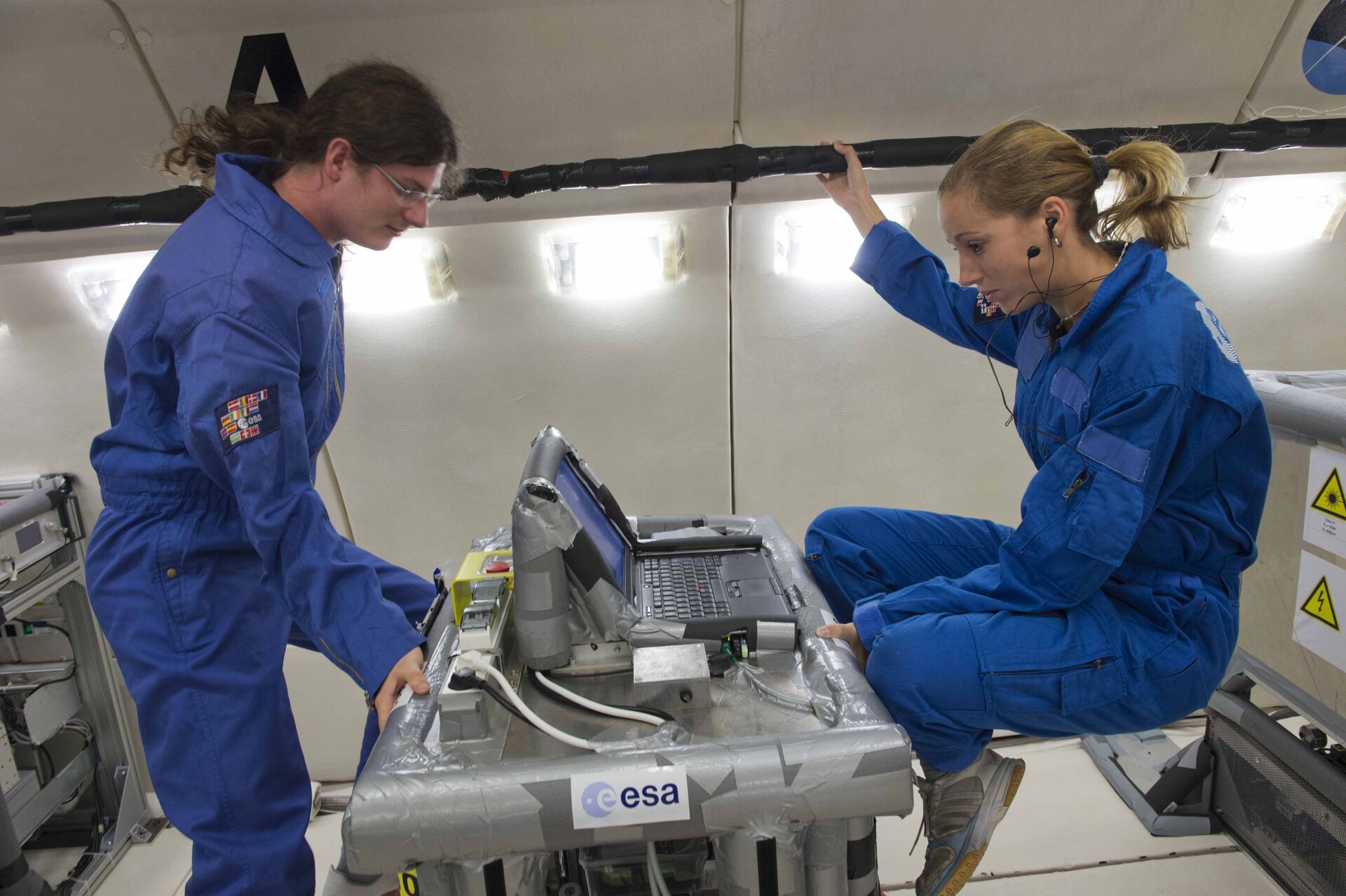 New insights into the formation of planets are promised thanks to an experiment conducted under ESA’s Fly Your Thesis! programme.

Dustbrothers experiment was developed by a student team from the University of Duisburg-Essen, Germany, and looked at the forces acting on dust grains when they were suspended in tenuous gases. This would have been the situation in the very earliest days of the solar system.

The young Sun would have been surrounded by a cloud of dust and gas that was hotter near the centre than at the edges. This so-called protoplanetary disc gradually condensed over hundreds of millions of years to become the Earth and the other planets.

The change in temperature across the gas moved the gas molecules, some of which collided with the dust particles under investigation. The dust particles themselves were made of sintered glass. They were 1.7 mm thick with a diameter of 22 mm. Video cameras recorded their flight, so that the students could analyse the motion and calculate the forces acting on the flat plates.

In an ordinary laboratory, the forces would have been overwhelmed by gravity and impossible to measure. This is where the Fly Your Thesis! programme from ESA’s Education Office was perfect for Dustbrothers project.

The experiment was chosen to take part in the 57th ESA parabolic flight campaign and  was flown during October 2012 in the Airbus A300 Zero-G operated and maintained by Novespace from Bordeaux, France. Zero-G  is a specially converted aeroplane that is designed to fly roller-coaster-like paths known as parabolas. During these manoeuvres, the passengers and cargo experience free fall and become effectively weightless for about 20 s.

In such an environment, known as microgravity because the forces experienced are only about one thousandth the pull of Earth’s surface gravity, the sintered glass beads in the experiment were free to respond to the collision of the molecules.

One thing that the team found was that solid particles behaved differently to porous particles. This is very important because in the early solar system the dust particles were likely to be highly porous because of the way they formed.

Dustbrothers project is an important step forward because although the movement of particles in tenuous gases has been studied since the 19th century, this was the first time that a reliable way to measure the forces involved has been demonstrated.

“We now know that this is a way of measuring these forces. It allows us to plan future experiments,” says team member Caroline de Beule.

To capitalise on the success, the Dustbrothers experiment will fly again on the 60th ESA parabolic flight campaign taking place in April 2014. This will allow the team to collect more data. Meanwhile, the team’s initial results have been accepted for publication in the journal Microgravity Science and Technology.