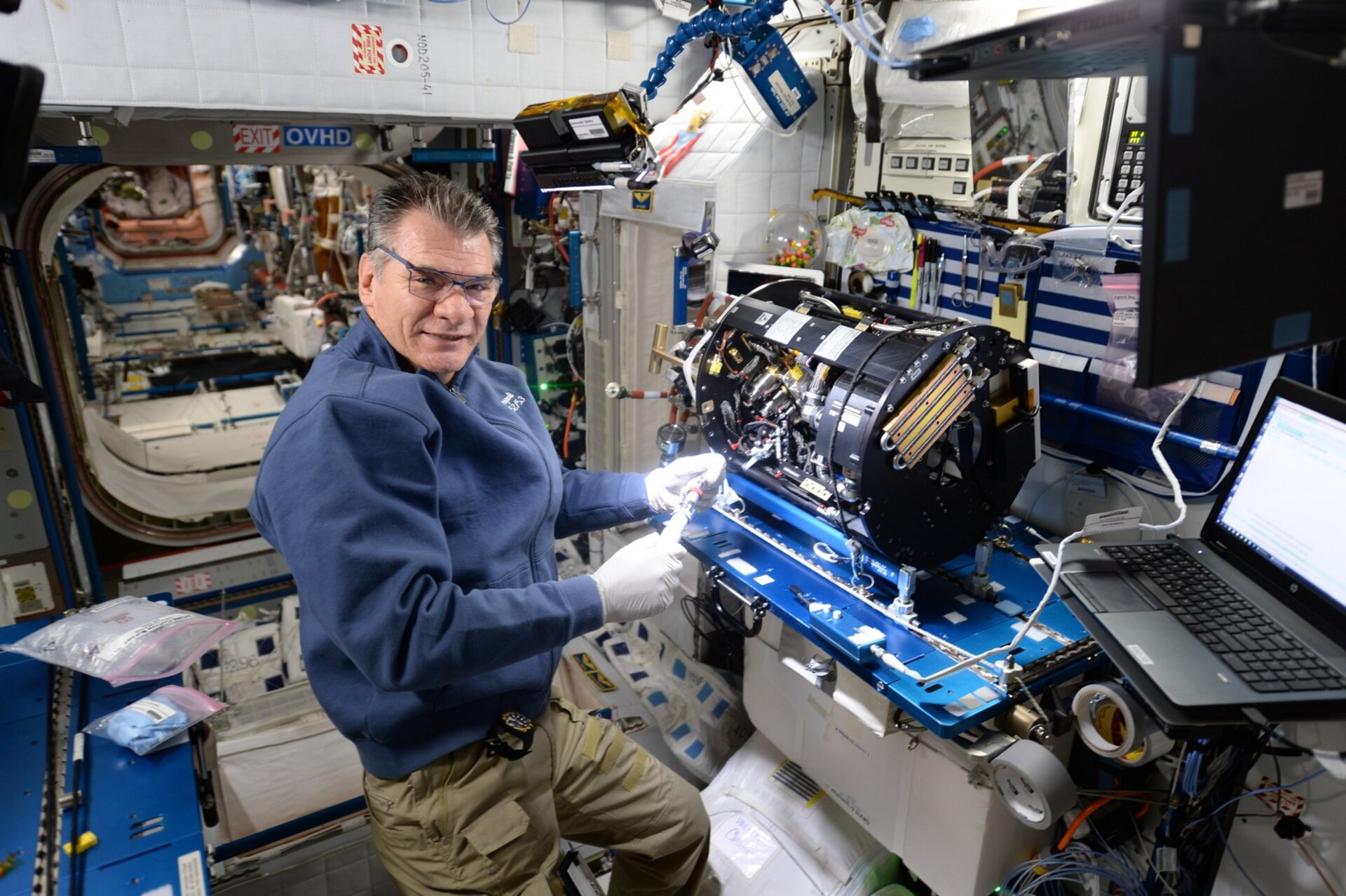 Everything on Earth is subject to gravity (g). Most of the physical phenomena occurring on our planet are influenced by this force, as it pulls objects towards the centre of the Earth. Gravity determines nearly all physical, chemical and biological phenomena occurring on our planet. Our bodies have adapted to cope with gravity: the composition and shape of our skeleton, the position of our organs, etc.

The effect of gravity on an object can be completely cancelled out when it experiences “free fall”. This state is called weightlessness. The term “microgravity” refers to a state where weightlessness is not perfectly attained, due to small residual forces, such as air drag or solar pressure. Microgravity is expressed as a fraction of g, where g is the gravitational acceleration at Earth's surface, on average 9.81 m/s2.

Practically speaking, the best way of achieving microgravity is to place an object in orbit, such as the International Space Station. Objects in orbit are indeed theoretically subjected just to the gravitational force, thus experiencing free fall constantly.

The ISS offers a range of research facilities in a unique laboratory environment. Almost as soon as the International Space Station was habitable, researchers began using it to study the impact of microgravity and other space effects on many aspects of our daily lives. This unique platform continues to enable scientists from all over the world to put their talents to work on innovative experiments that could not be done anywhere else. ISS research advances the state of scientific knowledge in life and physical sciences - areas such as human health and telemedicine, biotechnology, advanced materials, chemo-physical processes, Earth observation, vaccine development, disaster relief and climate change monitoring. Education programmes driven by research inspire future scientists, engineers and space explorers.

The benefits drive the legacy of the Space Station – its research strengthens economies. ISS research can be as complex as an experiment that occupies a complete rack (the largest item available to users to accommodate experiments within the pressurised volume of the Station) or utilises one or more of the external experiment accommodation sites. It could be as simple as access to data that has been collected on the Station by others who earlier performed on-board experiments. Although each space station partner has distinct agency goals for station research, each partner shares a unified goal to extend the resulting knowledge for the betterment of humanity.