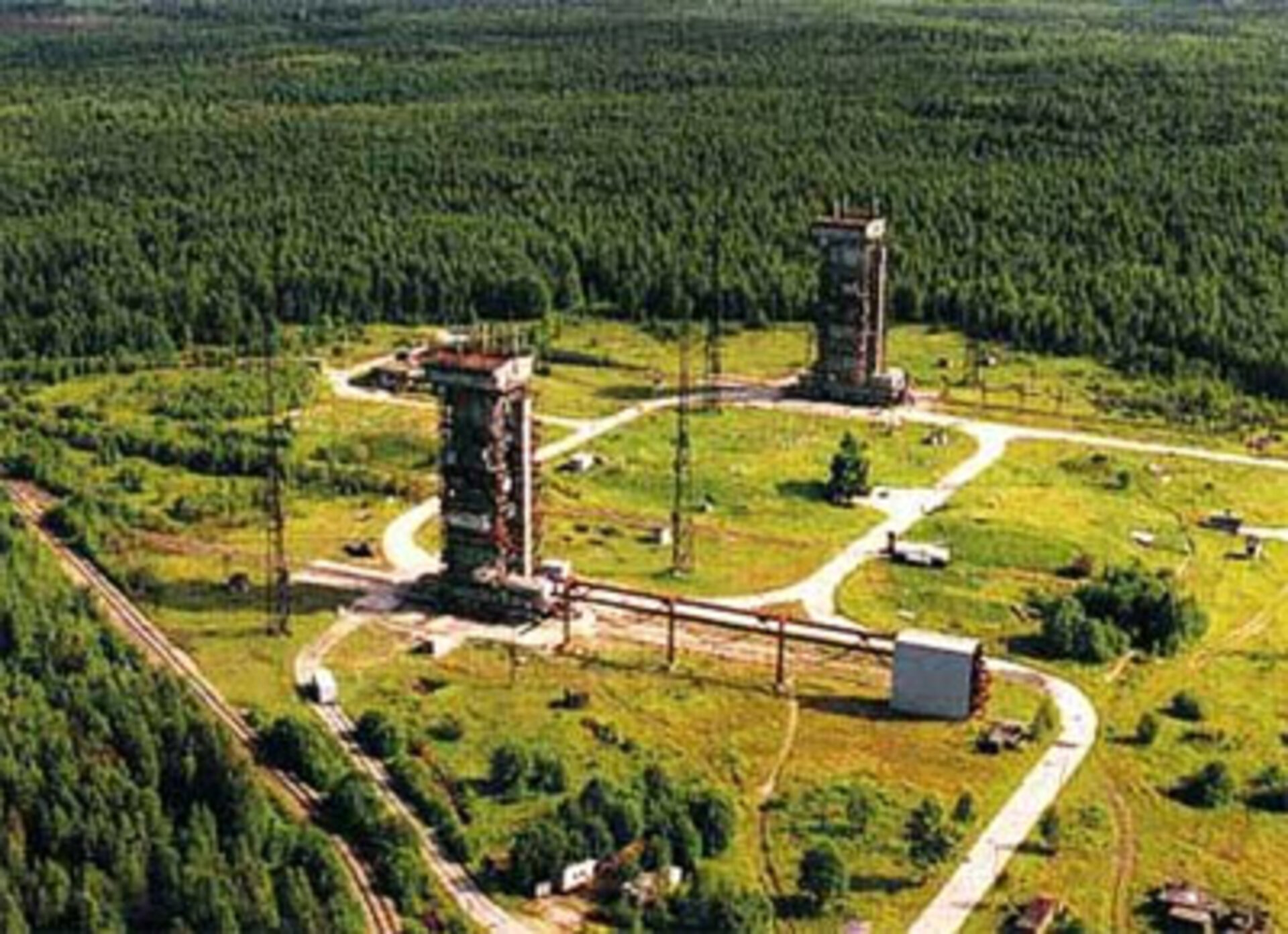 We are happy to announce that a new launch date has been proposed and confirmed for the DMC-3 flight. SSETI Express is now scheduled for launch from the Plesetsk Cosmodrome at 08:52:26 CEST (06:52 UTC) on 27 October.

Preparations for the continuation of the launch campaign are well underway, and the team should arrive back at the Cosmodrome on 19 October.

The launch campaign crew has left the Plesetsk Cosmodrome and headed back to their respective homes in England, Denmark, the Netherlands and Germany. Everybody had a safe and uncomplicated trip back(if you don't consider the waiting time at the airports!!).

The spacecraft is stored safely in its transport container. The propulsion tank and the various batteries are all full and should require, at most, a minor top-up when we return. The facility personnel have strict instructions to leave the transport container where it is, until the launch campaign team returns for the final preparations (again).

We all know that this further delay is frustrating - but we all are sure that in the end SSETI Express and its passengers will be launched.

News about a new launch date will be posted here when we have it.

26 September: There and back again

After finishing the final preparations of SSETI Express we found out that due to a significant failure on one of the other spacecraft the whole launch has to be postponed.

Unfortunately a new launch date has yet to be decided.

25 September: The end of the beginning

Today we only had to wait half an hour for the bus. Yesterday they had forgotten to issue the command - understandable, I mean, who would work on a Sunday except for a group of complete and utter space geeks?

After a team meeting the final plan towards handover of the spacecraft, we armed the CubeSats and validated the propulsion system's pressure. In parallel, the usual maintenance and extension work on the mission operation website and the TIDB was performed.

Following a delicious (?) lunch, we proceeded with two remarkable milestones. First we replaced and closed all thermal covers on the spacecraft access ports. After this step, no further access to the CubeSat or the propulsion module is possible. All foils were carefully grounded and a new accessible patch was prepared for the FPP (Flight Preparation Panel) access hole.

Second and last for today was the final preparation and shutdown of the on-board computer (OBC). We are theoretically never going to turn off the spacecraft again - this feels like a point of no return. Five days left before launch!

Today we were somewhat surprised when the bus didn't turn up to take us from breakfast to the assembly facility. After a lengthy wait we gave up and went back to the hotel to catch up on some much-needed sleep. A few hours later word gradually permeated the hotel that we were to be treated to a tour of the local space museum! This was a very interesting visit during which we learnt a lot about the history of the Plesetsk Cosmodrome, and Karl befriended a scale model of our rocket.

We then took an afternoon stroll through Mirny, stopping for lunch at the 'Cafe Grand'. The changes of scenery and routine were refreshing and welcomed by all, as were several of the local customs, which we sampled with gusto.

Upon our return to the hotel we caught up on a bit of work: reviewing the latest version of the Telemetry Interface web page (it will be ready soon!) and preparing ourselves for the last few days of serious work before the launch.

The upcoming launch of SSETI Express has made headlines in newspapers all over Europe and on countless technical websites. The project has even been slashdotted, resulting in worldwide attention to our little spacecraft, and we have received a number of positive e-mails from people all over the globe encouraging and applauding this approach to hands-on education.

22 September: The final tests are completed

Today we repeated yesterday's functional tests of the functioning of the +y T-Pod, and the results proved to be virtually identical to those that we recorded yesterday.

The only uncompleted part of our Express software library is now being finished off with great enthusiasm by the TIDB group in France. This website programme will accept telemetry submissions from radio amateurs, transmit the data into the main mission database, and keep track of the competition scores.

The team here in Plesetsk has been enjoying some days of wonderful autumn sunshine and has managed to finish the third series of the famous space fiction comedy series "Red Dwarf" - this is helping us maintain our sense of reality.

21 September: Polishing up the web

Invisible to the general public, a major facelift of the SSETI Express mission website has been done in the launch campaign office during the last few days. Accompanied by detailed reviews, a smooth transition of the transformed set of web pages describing the mission's operational aspects was performed.

Finally, today at noon, mission management gave the go-ahead for the publication of the new site. The old pages are masked by redirection statements so that users' existing bookmarks still lead to the correct information.

Meanwhile, in the integration centre, an extended test sequence was conducted on the +y T-Pod. The reason for these extra test activities was a possible anomaly on the control electronics. After analysing the situation, we concluded that we would use the existing buffer in the preparation schedule to ensure a reliable functionality of the T-Pod by validation of its release mechanism.

Today was fairly relaxed. When we arrived on site, the two CubeSats we'd left charging last night both had full batteries, so we disconnected them. They are now ready to fly. We then hooked up the one remaining Cubesat, NCube-2, and were happy to discover that it didn't need charging at all.

Now that we are very nearly ready for the launch we can confidently slow down while we wait for the final launch date to be confirmed. We spent the rest of the day working on the new look for this website - which will be updated very soon!