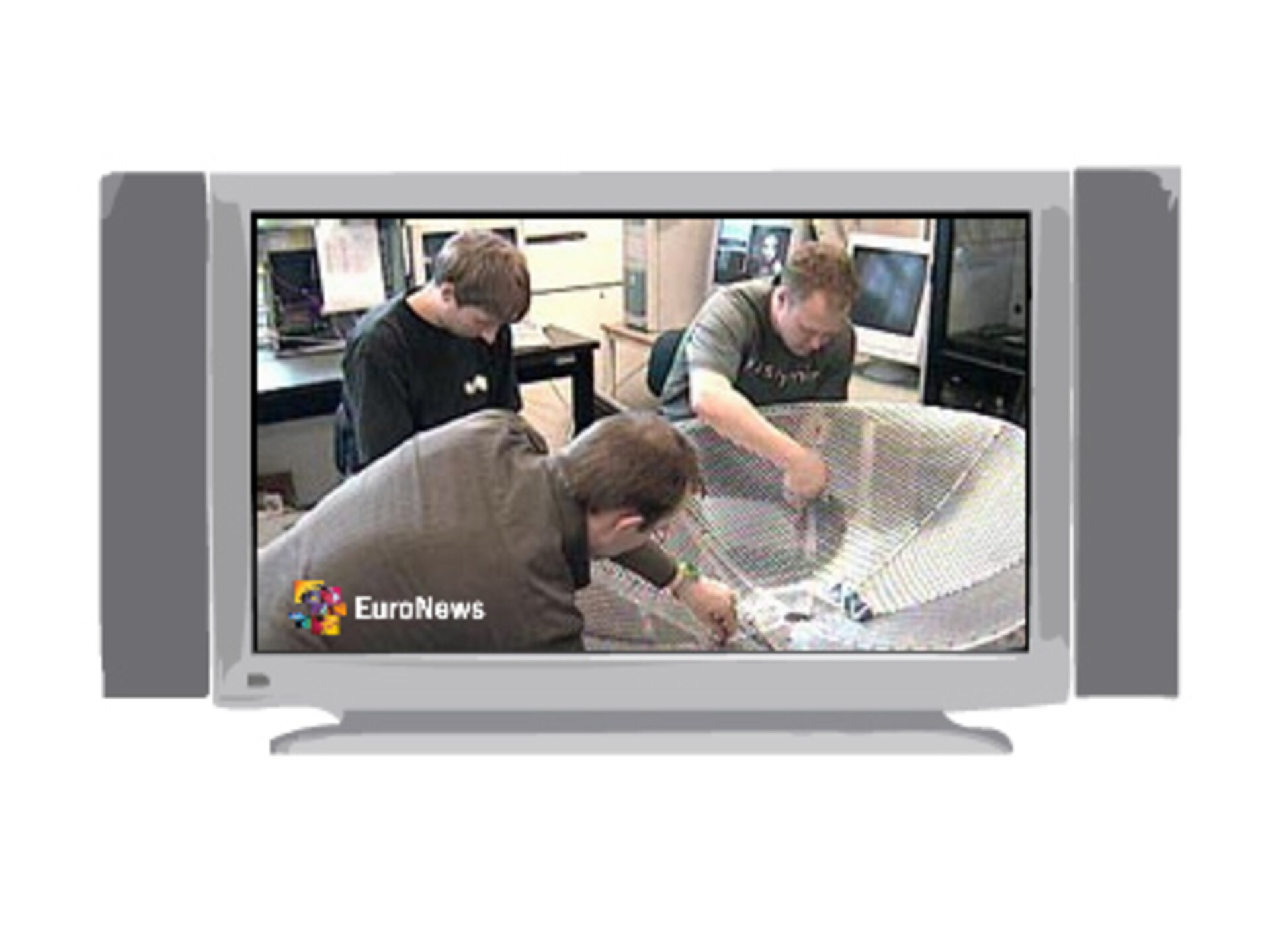 Many university students spend their time in books, others manage to combine their formal studies with hands-on experience. That is the case of some 300 European students who, next August, hope to see the launch of their dream: a 60-kilogramme satellite.

The spacecraft is called SSETI Express, the Student Space Exploration and Technology Initiative. Express because the small spacecraft has been built in a record time of hardly two years.

EuroNews has met some of these students and their teachers at Denmark's Aalborg University where Professor Jens Dalsgaard Nielsen described his role.

"In fact, the students do all the work. I just sit in to say: 'Well, if you have a problem, look at it in a different way'. It is no secret that we are not doing the work for the students. They do it all, learn in the process, and we also learn a lot."

The challenge has been for the 23 university groups, spread across Europe from very different backgrounds, to work together to jointly build the satellite. ESA has provided support, drawing up the specifications, harmonising the efforts, supervising the construction and testing, and organising the launch.

Otherwise the students have entirely managed the project from A to Z: getting the hardware built, choosing the electrionic components. "We have done just about everything in house," says student Morten Bisgaard. "It is a completely student-built project, with no professionals involved in any way."

The distances between the different groups has been a bit of an obstacle. "When people meet, they look each other in the eye, and know what they mean," explains Bisgaard. "It is much more difficult to solve problems over the Internet, waiting for each other to type their message, then reply and decide things."

Conscious of this difficulty, ESA has brought everyone together for seminars every six months at the Agency's Technology and Research Centre (ESTEC) in the Netherlands, where the spacecraft has been assembled and tested.

Next month SSETI Express will be flown to Russia. In August it is scheduled to be launched by a Cosmos rocket from the Plesetsk cosmodrome.

The students have prepared the mission like professionals. At the Svalsat tracking station on Spitzberg they have set up a small control centre.

"The students have the ability to control and monitor all the spacecraft's instruments, and do so at a distance via the Internet," explains Kim Olsen, one of the station's engineers.

2500 kilometres to the south, in the projects mission control centre at Aalborg University, students are watching the webcam pictures from Spitzberg. When the satellite is in its polar orbit, it will be providing images, freely available on the Internet. It will also be serving as an amateur-radio relay.

One of the older students reflects on the true significance of this study project. "The main benefit, I think, is not technical, but in the human relationships, in the confidence we have built up to cooperate with other people, across borders and cultures, and under different conditions," says Kresten Sorensen.

All the students involved have an immense feeling of satisfaction at getting this far: building a satellite for less than 100.000 euros in less than two years.

As their spacecraft waits for its launch, like professionals, they remain very prudent, and refer jokingly to the famous 'Murphy's Law' that haunts the space business: "Everything that can go wrong, will go wrong… it's fundamental, almost like Newton!"