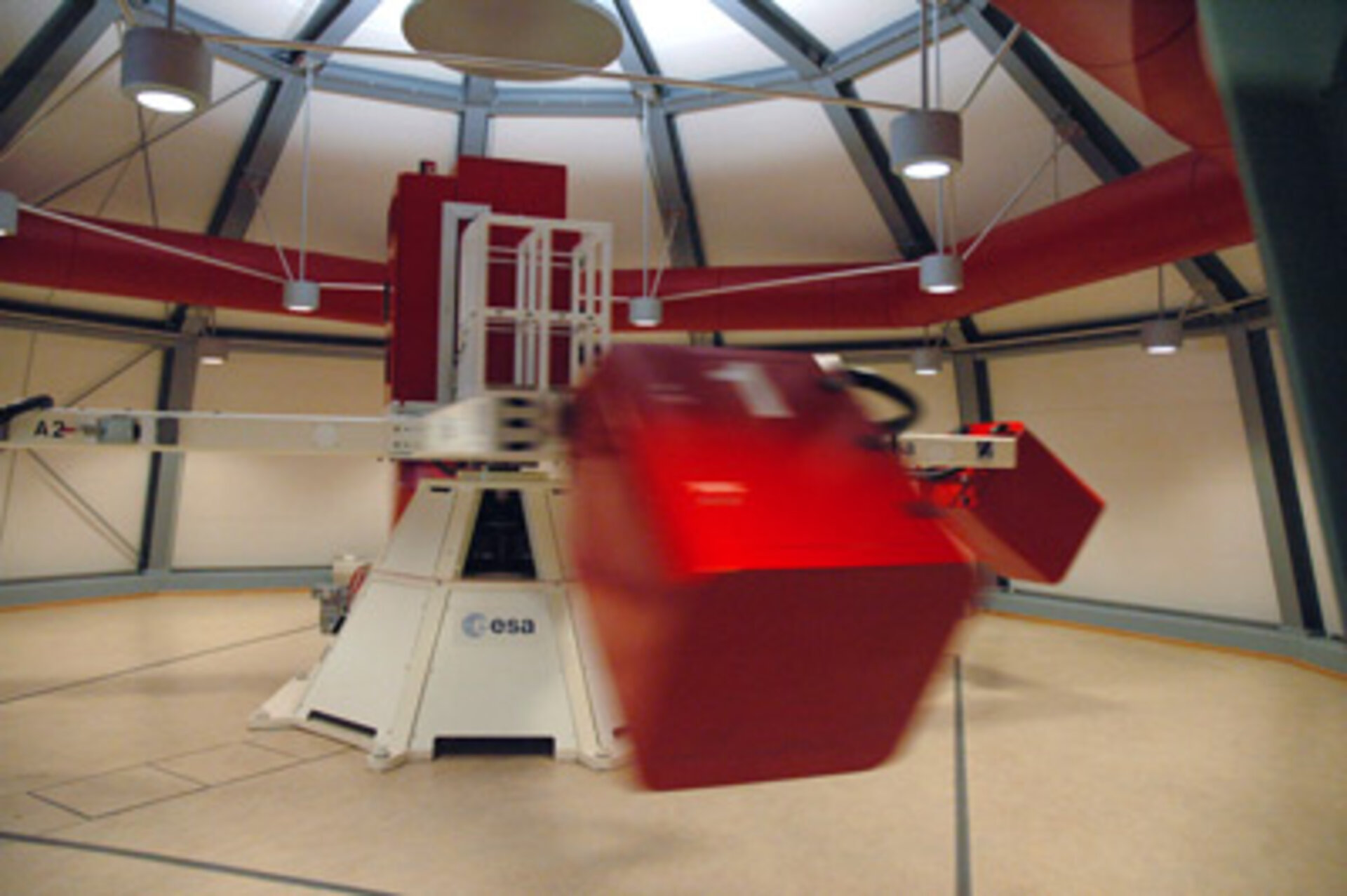 The first session of the ‘Spin Your Thesis!’ campaign organised by ESA’s Education Office has been completed successfully at the European Space Technology Centre (ESTEC) in the Netherlands.

During the week of 14-18 June, two teams, made up of university students from Switzerland, Germany and Italy, were able to conduct their hypergravity experiments on the Large Diameter Centrifuge (LDC) of the Life and Physical Sciences (LPS) facility at ESTEC.

After the selection of four proposals by a review panel last February, the teams set to work to build their experiment racks. During their preparations, the students were advised by LPS engineers and by mentors from the European Low Gravity Research Association (ELGRA), who shared their expertise in gravity-related research.

The first to use the LDC was a team of students from ETH Zurich, the University of Zurich in Switzerland and the University of Konstanz in Germany. Their experiment, entitled Voltage Clamp Studies on Living Cells under Hypergravity, was designed to investigate the membrane properties of living cells under varying levels of gravity. By studying which transport mechanisms are affected by gravitational changes, it is hoped that effective countermeasures may be developed against muscle atrophy during prolonged exposure to microgravity.

As soon as they arrived on 14 June, the students eagerly prepared their rack so that they were able to conduct the first tests later in the same day. Over the next two days they were able to complete a series of 30-minute runs at 1.8 times the Earth’s gravity (g), followed by an opportunity to run some extra rounds at higher gravity levels.

They were able to complete three runs on the LDC, each lasting two hours, at levels of 20, 10 and 5 g respectively. It is hoped that their results may improve our understanding of changes in the skeletal muscle physiology of astronauts during the hypergravity phases of a mission.

Thanks to the support and expertise of the LPS engineers the students brought their experiments to a successful conclusion. All of the students were very impressed with the facilities of the LPS Laboratory at ESTEC and the flexibility of the LDC for adjusting procedures on site. Over the coming weeks they will be analysing the results back at their labs, as part of their academic studies.

After taking into consideration the availability of the students and the ESTEC facilities, the ‘Spin Your Thesis!’ 2010 campaign has been divided into two week-long sessions. The second part of the campaign, involving two different student teams, will take place 13-17 September.