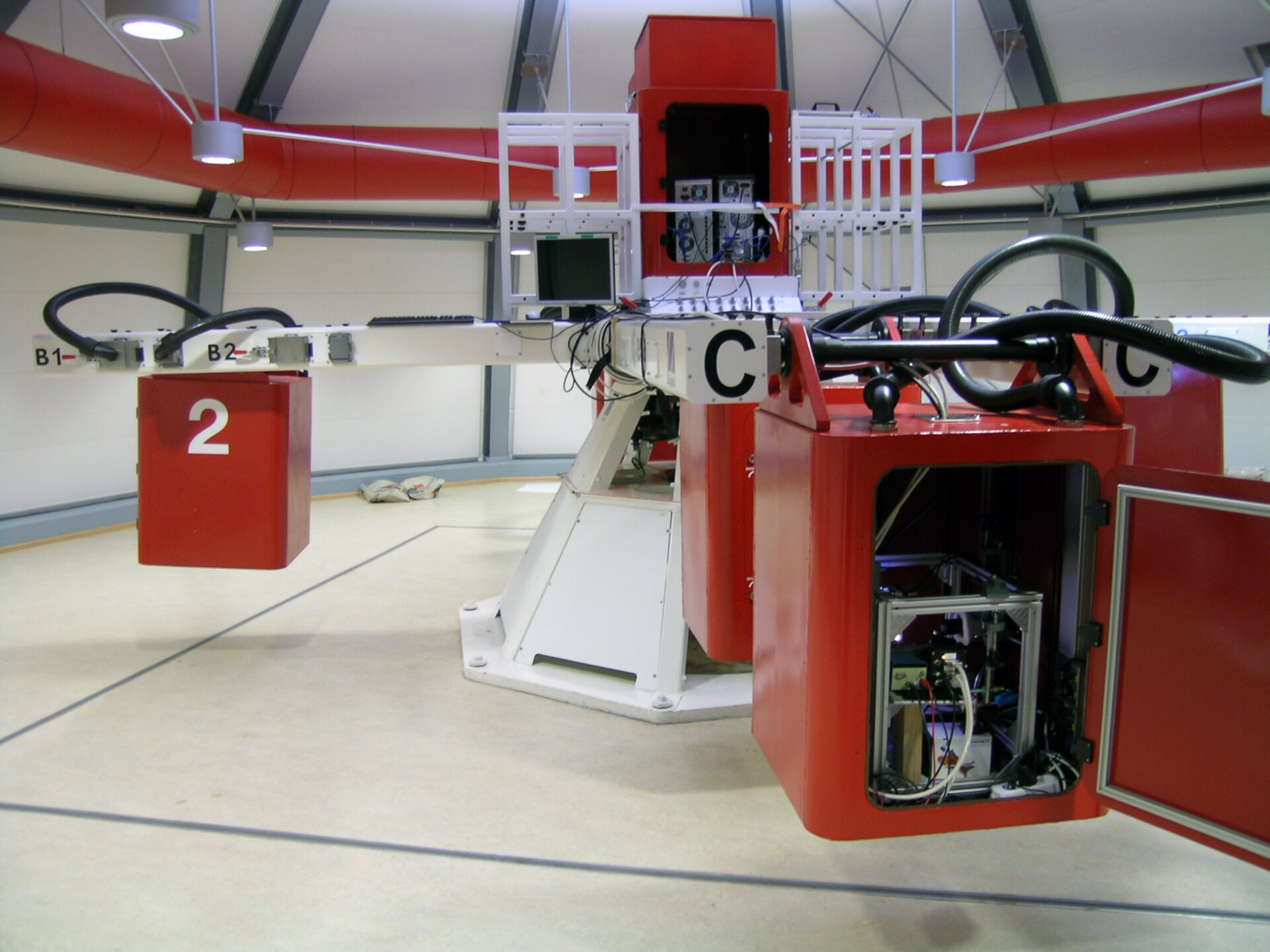 Three teams of university students will develop and perform experiments in hypergravity during ESA's third ‘Spin Your Thesis!’ campaign.

The students will use the Large Diameter Centrifuge facility at ESA's European Space Research and Technology Centre (ESTEC) in Noordwijk, the Netherlands.

Experts from ESA's Education Office, ESA's Technical Directorate and the European Low Gravity Research Association (ELGRA) have selected three teams based on the scientific and technological relevance of their experiment.

The selected teams and their experiments are:

Bubble Movers - A PhD student and a bachelor student from Universitat Politècnica de Catalunya in Barcelona, Spain, will investigate the effect of different gravity levels on acoustic control of rising bubbles. Feeding air into a submerged nozzle, the team will create bubbles in both water or ethanol. Sound waves passed through the liquid will influence the initial size of the bubbles when they detach from the nozzle and alter the bubbles' subsequent trajectory. Hypergravity is also known to influence the behaviour of bubbles; this experiment will investigate the combined effects of hypergravity and acoustic control.

GRAVARC - Two PhD students from Masaryk University in Brno, Czech Republic, will investigate the behaviour of gliding arc discharges in a carbon-containing atmosphere in hypergravity. A gliding arc is an electrical discharge formed between two or more divergent electrodes with a gas flowing between them. The electrical discharge is formed in the gas phase between these electrodes at the smallest gap between them. The discharge then spreads as it glides along the electrode edges with an increasingly larger gap until it dissipates as it clears the electrodes. The team will study the effects of gravity on the shape, intensity, colour and emission spectra of the discharge as well as the properties of the resulting solid products of the plasma-chemical reactions involved. Carbon nanotubes, nanodiamonds, graphene and fullerenes are amongst the solid products expected.

Wetsus - A Master’s student from Graz University of Technology in Graz, Austria, and a bachelor student from Budapest University of Technology and Economics in Budapest, Hungary, will investigate the behaviour of a high-voltage water bridge in hypergravity. A water bridge is a natural phenomenon that occurs when containers of deionized water are exposed to high voltages in close proximity. In this floating water bridge, the intermolecular forces are stronger than in normal water. The team will study the resilience of water bridges to different levels of hypergravity

The third ‘Spin your Thesis!’ campaign will take place over two weeks in September later this year, with two teams using the centrifuge each week.

During the project, the students have the possibility to be supported by ESA's Education Office, hypergravity experts from ESA and an ELGRA mentor, benefiting from expertise in gravity research.