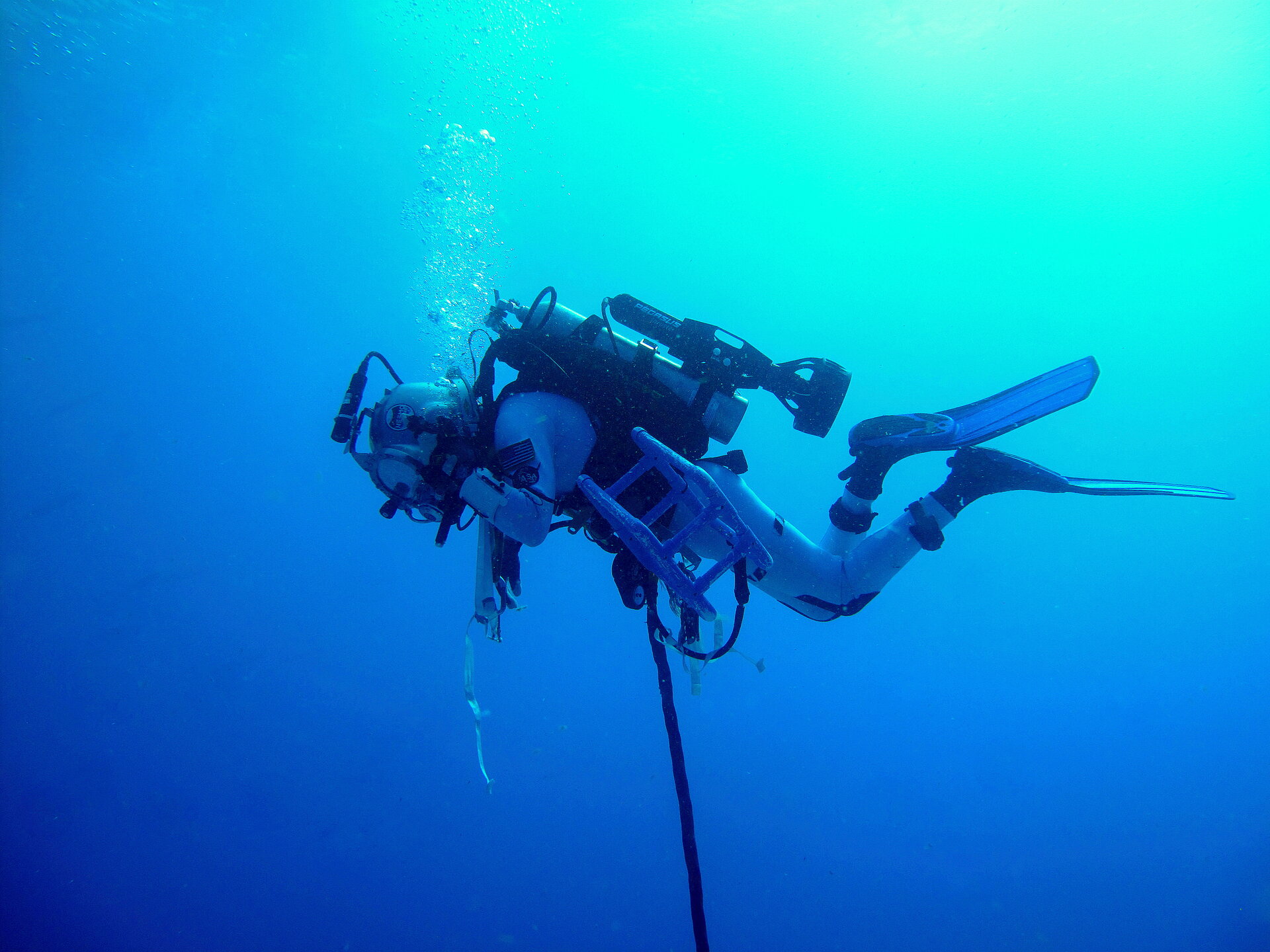 Although only 20 m under the Atlantic Ocean, the voyage home took 17 hours. Living underwater requires a long decompression to allow the aquanauts’ bodies to adapt to normal surface pressure.

Being physically cut off from the world above is one of the ways Neemo missions simulate space operations.

This was one of the first times such a complex mission had to cope with a communication delay. Tim explains why the mission was a success: “At times, up to 100 people were working at the same time, including 20 divers and submersible pilots.

“It ran beautifully, and was all timed to perfection. In a word: teamwork.”

Diving underwater is one of the best ways of simulating weightlessness on Earth. The aquanauts spent hours on ‘spacewalks’ investigating how humans could explore and retrieve samples from an asteroid as well as testing tools and techniques.

In space, even the simplest tasks need to be thought out in detail. For example, chipping off a piece of asteroid requires that an astronaut hold on to something, otherwise he would float away into space.

These problems and more were investigated during Neemo. Several methods of exploring and operating on an underwater ‘asteroid’ were tested.

Ropes were fastened to the surface of the simulated asteroid and the aquanauts used them to move about.

Jetpacks were also tried. “Manoeuvring in jetpacks proved to be very efficient – and was also extreme fun,” says Tim. But the jetpacks were not ideal – they did not provide a stable platform for work.

Underwater vehicles proved to be a better way of working on an asteroid. Submersibles could be driven to areas of interest.

Once in place, aquanauts strapped their feet to the submersible, freeing their arms for scientific work.

Between the lengthy dives and hard work the aquanauts had time to record a series of “science under pressure” videos.

Experiments were performed at sea level before the mission began and viewers were challenged to comment on what would happen when they were repeated in the underwater habitat.

One of the “Science under pressure” experiments. European suggestions from scientist Sebastiaan de Vet and physics teacher Joe Rowing were chosen to be performed during Neemo.

The adventure is over for the aquanauts now, but the Neemo team has much information to analyse.

It might be a while before humans explore asteroids in space but Neemo is providing engineers with vital information for designing future missions.