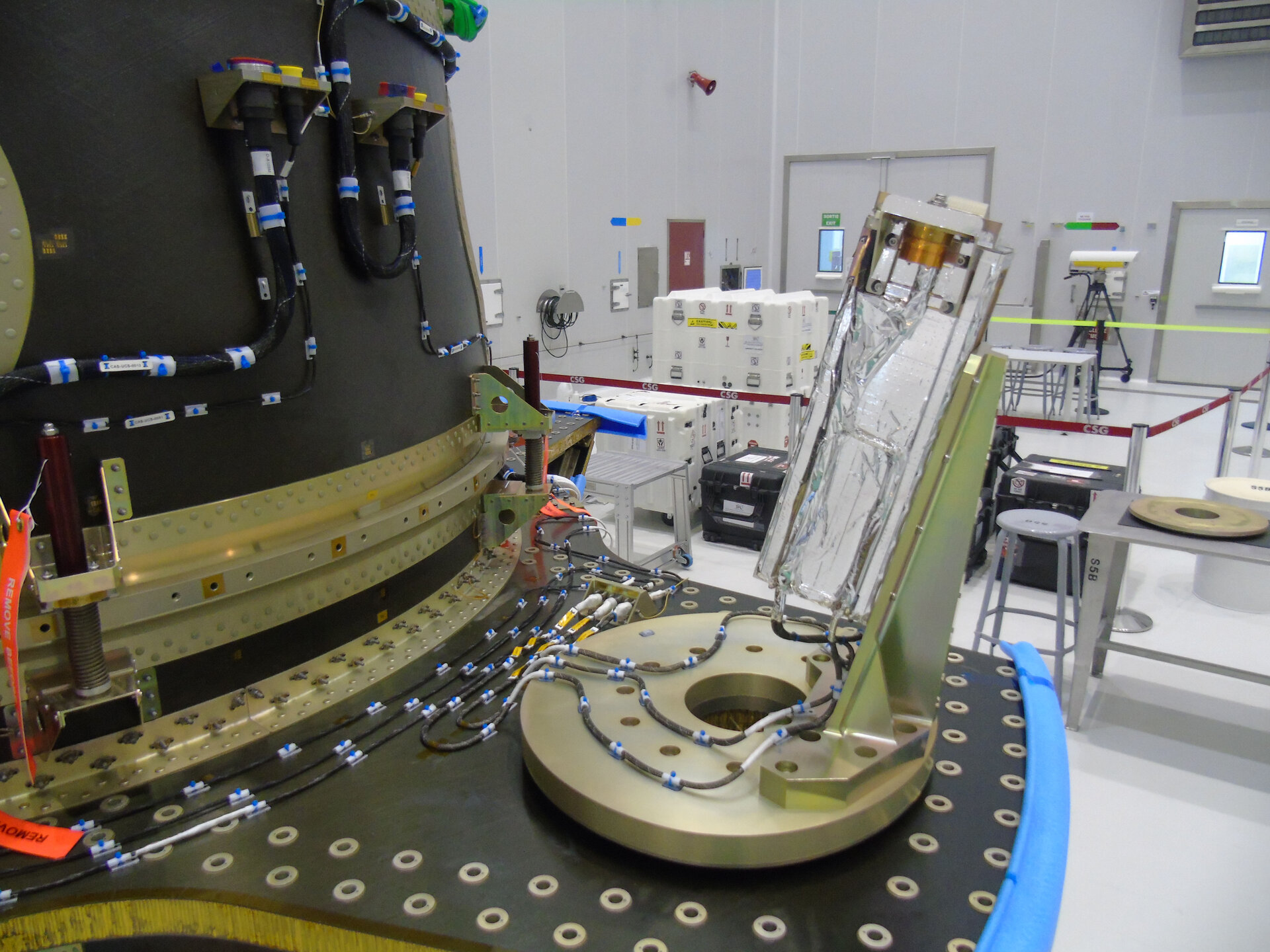 The ESA Fly Your Satellite! 2016 launch campaign has reached another important milestone. The student-built CubeSats, in flight-ready configuration, are now installed on their launch adapter onboard the Soyuz payload platform.

This week has been very busy and exciting at Kourou’s spaceport in French Guiana. Students from the Fly Your Satellite! university teams, ESA Education staff, and Tyvak industry professionals worked relentlessly to make sure that the AAUSAT4, e-st@r-II and OUFTI-1 CubeSats, already cocooned within their CubeSat orbital deployer (P-POD), were mated with their mounting adapter bracket onboard the ASAP-S, a platform specifically designed to launch multiple satellites onboard the Soyuz launcher.

The CubeSats were officially declared ready for integration on Monday 4 April, and their integration on ASAP-S took place the next day. After completing its mechanical installation, the P-POD was harnessed to interconnect its cables to ASAP-S, so that all its electrical interfaces can later be directly connected to the Soyuz Fregat upper stage.

Finally – a moment  which is very exciting in all launch campaigns – the last ‘remove before flight’ tag was removed from the CubeSats’ P-POD orbital deployer. Electrical continuity tests were then performed to make sure that the electrical interconnection was good. This confirmed that the P-POD electrical interfaces are ready to receive the actuation command from Fregat that will release the CubeSats into orbit. This awareness gave everybody the thrilling feeling that the CubeSats’ launch is imminent.

The Fly Your Satellite! CubeSats have been the first satellites of the Soyuz VS-14 launch to be installed on ASAP-S. Two bigger satellites will be installed as well. First, the CNES’ Microscope scientific mission and then, as a last step before encapsulating the ASAP-S into the launcher fairing, the main passenger of this Soyuz’s ride to space, the Earth observation satellite Sentinel-1B.