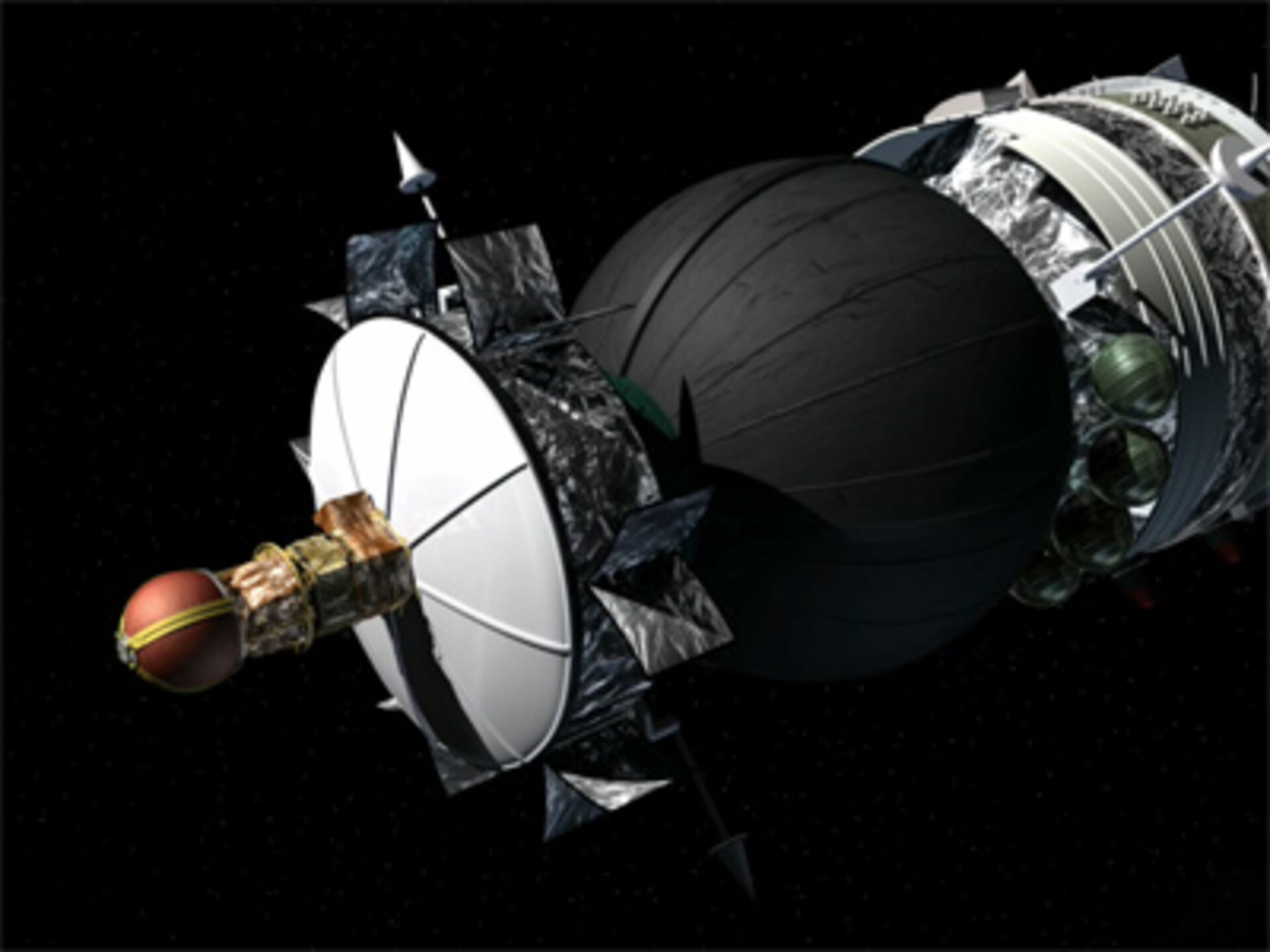 On 25 September, students around the world watched with bated breath as their creation, the second Young Engineers Satellite (YES2) experiment, reached its dramatic conclusion.

A day before the Foton-M3 spacecraft returned to Earth, a small re-entry capsule, named Fotino, was to be released from the end of a 30 km tether, the longest such structure ever to be deployed in space. However, no signal was ever received from Fotino and its fate has been uncertain ever since.

First indications, based on real-time data processed by the YES2 flight computer and released by Russian mission controllers, suggested that the tether only unwound about 8.5 km before Fotino was cut free, but engineers wanted to know the full story of Fotino’s final hours. Now, after weeks of careful analysis, the YES2 team has informed the ESA Mission Review Board of its findings.

“All of the data we now have available point to the fact that the tether unwound fully before the Fotino capsule was released,” said Roger Walker, YES2 project manager for ESA’s Education Office. “This means that the most challenging part of the mission was completed and that YES2 smashed the world record for the longest man-made object flown in space.”

“This outcome can be regarded as a triumph for the students who contributed many hours of hard work to bring YES2 to fruition.”

The team of engineers from ESA’s technical centre, ESTEC, and prime contractor Delta-Utec has been piecing together the events of 25 September using evidence from a number of direct and indirect sources. Some of the most important clues have been provided by the YES2 data stored in the TeleSupport Unit, which recorded all of the data from the ESA experiments on Foton-M3. This data included raw unprocessed data about the rate at which the tether was unwinding.

“By looking at the data from the tether deployment speed sensors, we are able to determine how much of the tether was unwound and how quickly it deployed,” said Michiel Kruijff, lead system engineer for Delta-Utec. “We can tell that the deployment was accelerating in the later stages, rather than slowing down as we first believed. We have also found that the tether deployed to a minimum of 29.5 km, or more likely to its full length of 31.7 km, at high speed.”

Other indirect evidence comes from the orbital behaviour of the Foton-M3 spacecraft. Data from the U.S. Space Surveillance Network, which was tracking Foton-M3, show that the spacecraft moved about 1300 metres higher in its orbit when the Fotino capsule was cut free from its tether, as expected for a 30 km tether. However, the tracking data offer no evidence that Fotino remained in orbit around the Earth, leading the YES2 team to conclude that it re-entered the atmosphere immediately after its release.

“It seems that the braking and control mechanism did not work as expected in the later stages of deployment due to an intermittent fault in the flight computer’s real-time processing of the deployment sensor data,” said Marco Stelzer, the mission analyst in the ESA YES2 team. “This leaves us with two possible scenarios. The tether may have unwound so quickly that it broke free from the reel with the capsule still attached, or the tether jerked to a halt at the end of its deployment, allowing the capsule to be released close to its nominal position.”

Further clues will become available in the coming weeks after the YES2 team receives the complete acceleration and orientation dataset from the DIMAC (Direct Measurement micro-Accelerometer) experiment that flew on board Foton-M3. Additional information about the orbit of Foton is also expected from GPS data acquired by a student experiment from Samara State Aerospace University, one of four University Centres of Expertise that contributed significantly to the project.

“Unfortunately, we received no data from Fotino, so at the present time we have no way of knowing the fate of small capsule,” said Roger Walker. “It may have burnt up on re-entry, it may have crash-landed, it may have touched down in difficult terrain somewhere in Turkmenistan, Kazakhstan or Siberia, or its radio beacon did not transmit. However, this is the first time that a tether has de-orbited a re-entry capsule, therefore we are very satisfied that the most novel and challenging parts of the SpaceMail concept have been demonstrated.”

YES2 was one of the ESA-provided payloads on board the Foton-M3 microgravity mission. The Foton spacecraft and the piggybacking YES2 payload were launched by a Soyuz rocket from Baikonur, Kazakhstan, on 14 September. The YES2 experiment was installed on top of the battery pack of the Foton-M3 capsule.

The 6 kg Fotino capsule was attached to the end of a 0.5 mm thick, 31.7 km long tether. Once the tether unwound and deployment stopped smoothly at 30km, the Fotino capsule was to be automatically released by a pyrotechnic device and sent on a return path to Earth’s surface through the atmosphere and landing safely by parachute in a pre-determined location. The objective was to demonstrate the ‘SpaceMail’ concept of delivering parcels back to Earth from an orbiting spacecraft using only a tether.

Almost 500 students from most ESA Member States and Associated States, together with the United States, Russia, Japan and Australia, worked on YES2. Although these were mainly involved in the preliminary design phase, some 60 students participated in the latter stages of developing and building hardware and software.