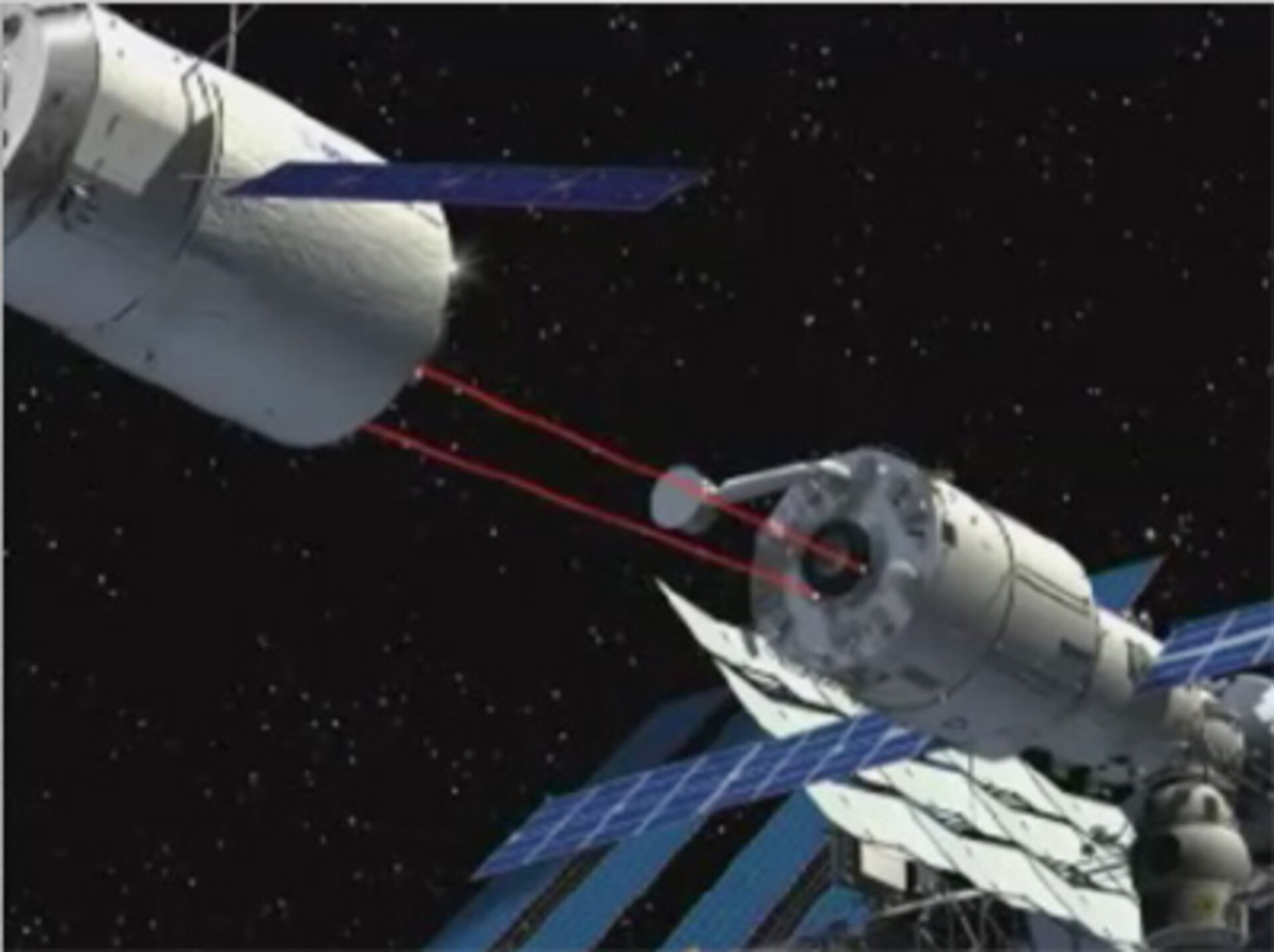 On 14 March, ATV successfully demonstrated the crucial Collision Avoidance Manoeuvre, or CAM, in which an automated system successfully took over control of the vessel and moved to a safe location. Now, two more 'Demonstration Days' are scheduled prior to the actual docking.

The first, 29 March, will demonstrate that the ATV can automatically calculate its position and manoeuvre with respect to the Station using relative GPS navigation; it will also perform an 'Escape' manoeuvre from the S2 position, some 3500 m behind the ISS. The data from this rehearsal will be analysed by ATV mission managers and NASA and Russian partners before proceeding to a second Demonstration Day, on 31 March.

This second dry-run will test close proximity manoeuvring and control, including contingency manoeuvres for both the ATV control centre and the crew aboard the ISS. The ATV will approach first to within 20 metres of the station, retreat, then approach even nearer, to a point only 12 metres from the docking port on the ISS Russian Zvezda module, before again backing off to a safe 100-metre distance. Demo Day 2 will provide ultimate proof that Europe's resupply vessel is absolutely ready for final rendezvous and docking.