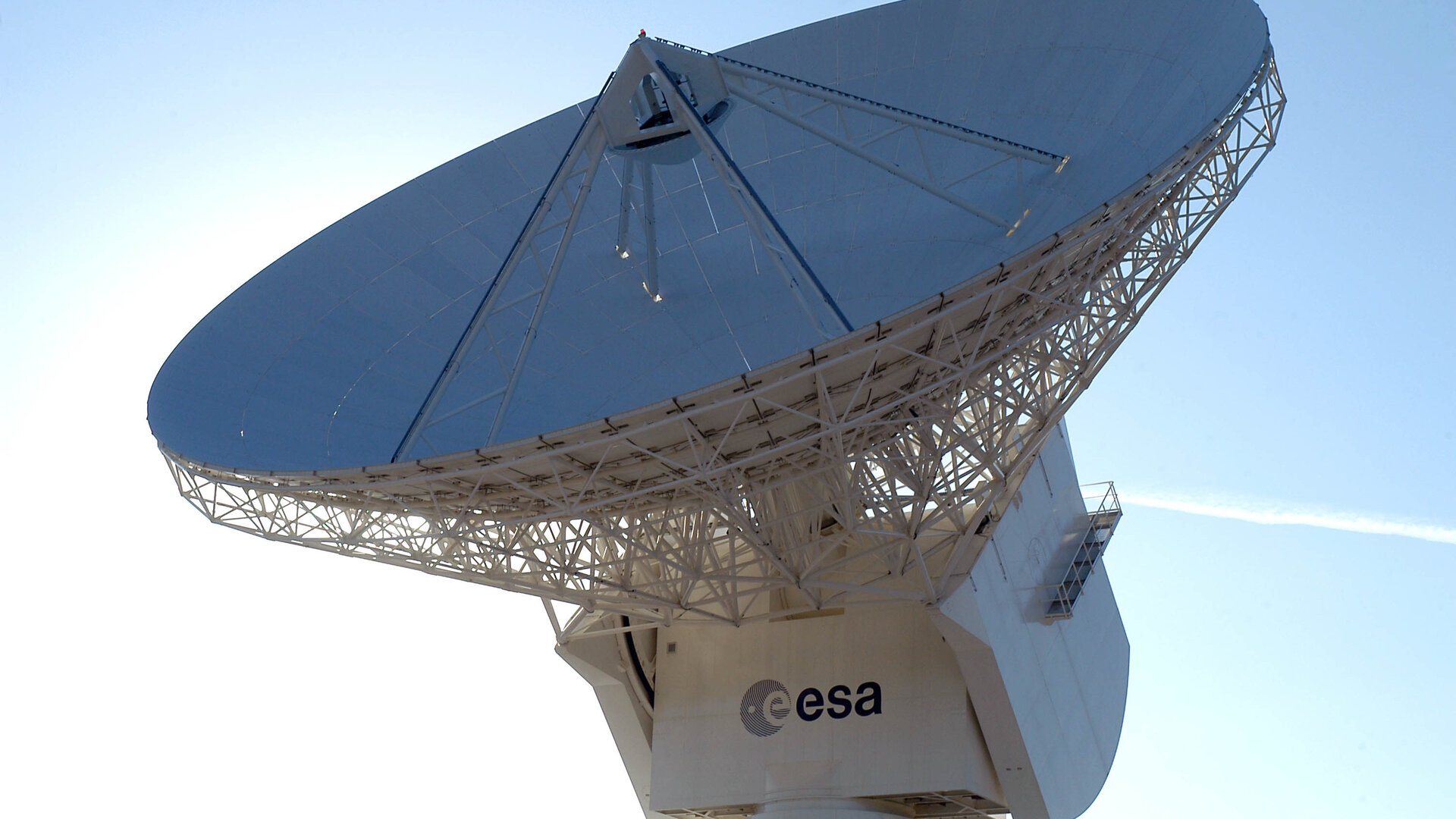 ESA's delta-DOR (delta - Differential One-way Range) system has already contributed to Venus Express' successful orbit insertion in April 2006 and to Rosetta's Mars swingby in February 2007, and will become a fundamental tool for navigating all of ESA's current and future interplanetary missions.

Routine navigation of a spacecraft around the Solar System relies on two tracking methods: ranging and two-way Doppler.

Precisely measuring the time it takes radio signals to travel to and from a spacecraft gives the distance from the ground station ('two-way range'), while measuring the signal's Doppler shift (the shift in frequency due to relative movement between the transmitter and receiver) provides the craft's velocity along that line-of-sight ('range-rate').

The other two position coordinates, against the sky background, are obtained only indirectly from the motion of the ground station as the Earth rotates. These position components, though, can only be deduced to much lower accuracy. Usually, tracking over several days is necessary and this requires very high-fidelity modelling of the spacecraft's motion.

The tracking system at ESA's 35m deep-space stations, New Norcia (DSA 1) in Western Australia, Cebreros (DSA 2) near Madrid, and Malargüe (DSA 3), Argentina, provides very accurate measurements. Typically, the random errors on range are about 1 m and on the two-way range-rate less than 0.1 mm/s.

Nevertheless, the limitations described above mean the accuracy of resulting orbit determination may not be good enough for navigation during critical stages of a mission. This is especially the case on approaching a planet before landing, performing a swing-by or insertion into orbit.

However, ESA can now augment conventional tracking by measurements using delta-DOR. NASA's Deep Space Network (DSN) has provided delta-DOR data since 1980 and has aided the navigation of ESA missions since 1986.

The delta-DOR technique for navigating interplanetary spacecraft is based on a simple but effective concept.

Delta-DOR uses two widely separated antennas to simultaneously track a transmitting probe in order to measure the time difference (delay time) between signals arriving at the two stations. The technique of measuring this delay is named Differential One-way Range (DOR).

Theoretically, the delay depends only on the positions of the two antennas and the spacecraft. However, in reality, the delay is affected by several sources of error: for example, the radio waves travelling through the troposphere, ionosphere and solar plasma, and clock instabilities at the ground station.

Delta-DOR corrects these errors by tracking a quasar – an active galatic nucleus – that is seen in a direction close to the spacecraft for calibration. The chosen quasar's direction is already known extremely accurately through astronomical measurements, typically to better than 50 billionths of a degree (a nanoradian).

The quasar is usually within 10º of the spacecraft so that the two sources' signal paths through Earth's atmosphere are similar. In principle, the delay time of the quasar is subtracted from that of the spacecraft's to provide the delta-DOR measurement (the Greek symbol 'delta' is commonly used to denote 'difference'). The delay is converted to distance by multiplying by the speed of light.

Delta-DOR has been used with all ESA interplanetary spacecraft including Mars Express, Venus Express and Rosetta, and will be used with future missions such as Gaia.