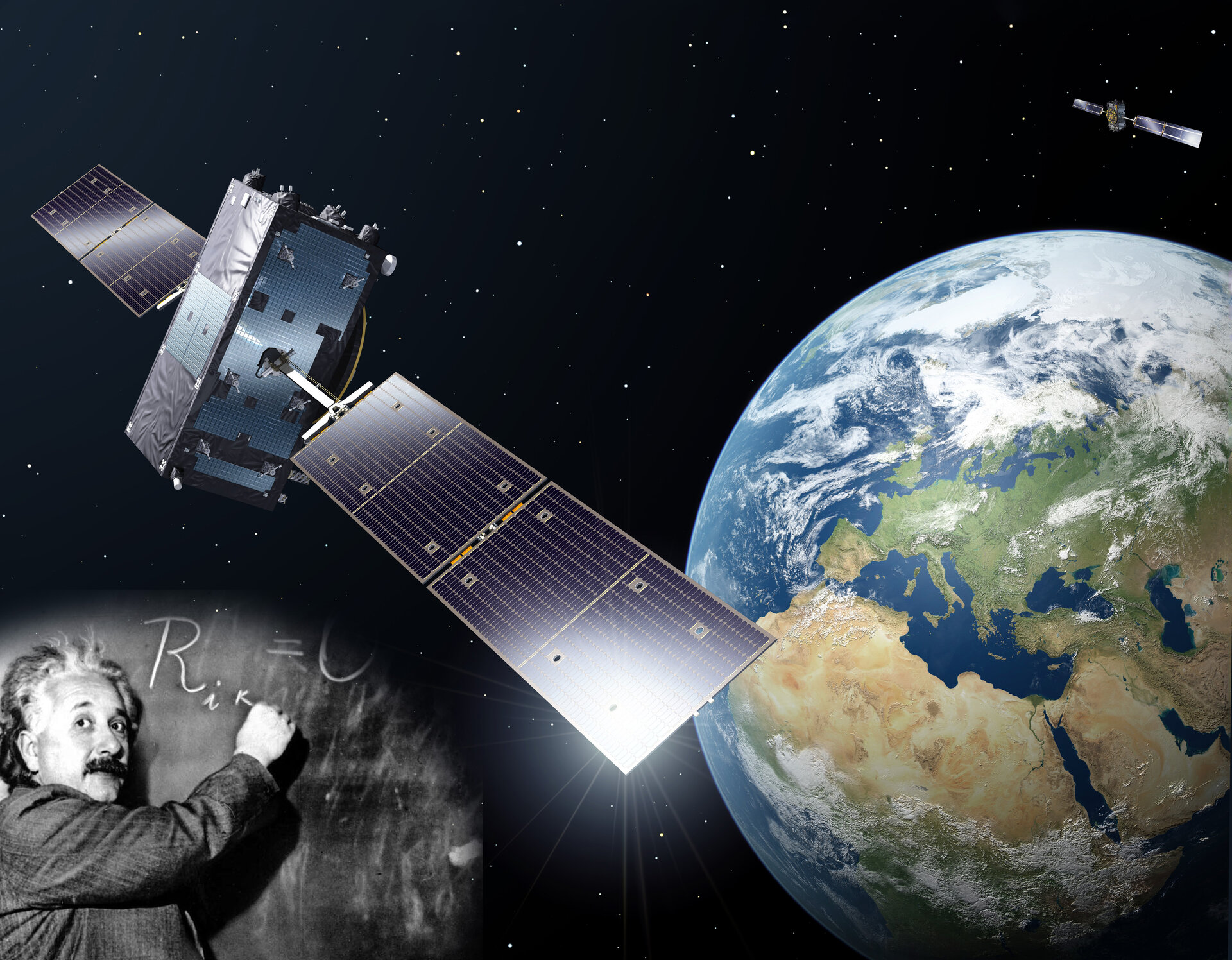 Every day, antennas on Earth send and receive signals from spacecraft exploring the Solar System, often millions of kilometres away. These signals take time to arrive and to return from their journey through space and time, with interesting consequences for those who fly them.

Simon Wood is one of the engineers who helps fly Mars Express, the 18-year-old mission in orbit around the Red Planet, currently about 150 million kilometres away.

He has dedicated his professional life to the aging, yet highly productive spacecraft, and although he knows ‘MEX’ like the back of his hand, they have always had problems communicating.

“Controlling an interplanetary mission requires patience,” Simon explains. “Nothing is immediate because it takes a while for our commands to reach the spacecraft, and the same time again to find out if they were successful”.

“It’s like communicating by letter. You write down what you want the spacecraft to know, but until the letter arrives and has been read, you’re both in a state of limbo. Only once you get a letter back, can you understand what happened at Mars, but by the time you’ve got it, it's out of date.”

To avoid overlapping letters, ‘contacts’ with Mars Express are spaced out throughout the day. Communication is done in discrete bundles, instead of a constant stream. Once a day, the team receives what is like a diary entry for the day, when the spacecraft lets them know what it's been up to over the last 24 hours.

“If I ask whether two events—one on Earth and the other on Proxima b—are happening “at the same moment,” the correct answer would be: “It’s a question that doesn’t make sense, because there is no such thing as ‘the same moment’ definable in the universe.” The “present of the universe” is meaningless.”

― Carlo Rovelli, The Order of Time

Absolutely nothing can travel faster than the speed of light. This fiendishly simple fact, the basis of Einstein’s special theory of relativity, has a number of important consequences for teams flying missions across the Solar System.

Spacecraft commands are sent using radio waves - that is, light travelling at ‘radio’ frequencies from 30 hertz to 300 gigahertz, equivalent to wavelengths from 1 mm to 10 000 km. Spacecraft commands, as with light at any wavelength or frequency, travels at the same speed, a whopping 299 792 458 metres per second.

Depending on where Mars is in its orbit, it can take anywhere from four to 25 minutes for a signal to reach it, with a ‘Round Trip Light Time’ of almost an hour. As such, our knowledge of what happens at Mars is always happening in the past, compared to when it really took place, making it difficult to pin down a precise 'now'.

Almost nothing happens in real time when it comes to remotely flying space missions. During routine operations, chains of commands are sent to a spacecraft that will keep it going for days or even as much as weeks at a time. These chains of commands use the ‘Spacecraft Event Time’ - the local time in which events happen at the spacecraft.

The Spacecraft Event Time is basically a counter driven by the onboard computer’s clock, but on its own it's not easy to interpret, as the ‘ticks’ do not correspond directly to anything on Earth. So, the mission control software that engineers use to talk to the spacecraft must be able to convert between the on board clock value and its corresponding time in UTC (and the other way around) at all times. UTC or ‘Universal Time Coordinates’, is ‘Earth time’ – the standardised primary ‘now’, with which the world regulates clocks and time (equivalent to Greenwich Mean Time, GMT).

Clocks have a tendency of slowly drifting when left unattended. The clock on board Mars Express speeds up and slows down as it changes temperature, depending on its distance from the Sun. As such, it is necessary to regularly synchronise the on board clock with those on Earth to ensure that this conversion remains accurate. This time correlation is usually performed once per week.

“Things happen much faster when you’re talking to a satellite in Earth orbit - no time for tea like the Mars missions! However, we are limited by the number of ground stations available to speak to such missions, so we only talk to our satellite once or twice a day,” explains Thomas Ormston, Spacecraft Operations Engineer for Sentinel-1.

“This means we need the same level of careful planning, preparation and teamwork, which is especially important close to Earth as we have to rapidly respond to the ever-present high stakes game of space junk avoidance.”

Our Sun is massively time consuming

It isn't just the distance from mission control that impacts spacecraft operations. How close a spacecraft is to the Sun - or any massive object - also plays a role.

The Solar Orbiter spacecraft is on its way to study the Sun, and as it gets closer to the giant mass it will find that time and space aren’t exactly the same as in Earth’s neighbourhood.

“Not only do we need to deal with delays as light travels through space, which can take up to 16 minutes to get from Earth to the Sun and vice versa, we also need to consider what happens to time,” says Daniel Lakey, one of the Solar Orbiter flight controllers.

“As Solar Orbiter closes in on the massive gravitational pull of the Sun, it will start to feel the effects of ‘gravitational time dilation’.”

This curious effect means that the closer a clock is to a gravitational source, the slower time passes. These relativistic effects are fortunately very small, meaning that an ‘ideal’ clock would lose about three seconds compared to a clock on Earth over 10 years of the mission.

However, no clock is ideal. Most clocks experience a certain amount of erratic time drifting, small defects that have more noticeable effects. These, as well as the effects of time dilation, are corrected through regular time re-synchronisation from the Flight Control Team, with the aid of One Way Light Time calculations from Flight Dynamics.

In this case, the curvature of spacetime makes a difference in how long it takes the signal from the spacecraft to reach Earth, making a small difference to this process of correlating time near the Sun and at home, although not enough to effect the scientific objectives of the Solar Orbiter mission.

“Relativistic corrections for the clocks on Earth and on the spacecraft need to be considered alongside the space-time curvature when measuring the position and velocity of a satellite, in turn affecting the commands sent and their execution times,” concludes David Antal-Wokes, Flight Dynamics expert at ESOC Mission Control.

“This way, the instrument data provided to the science teams are made to the highest precision our understanding of astrodynamics allows.”