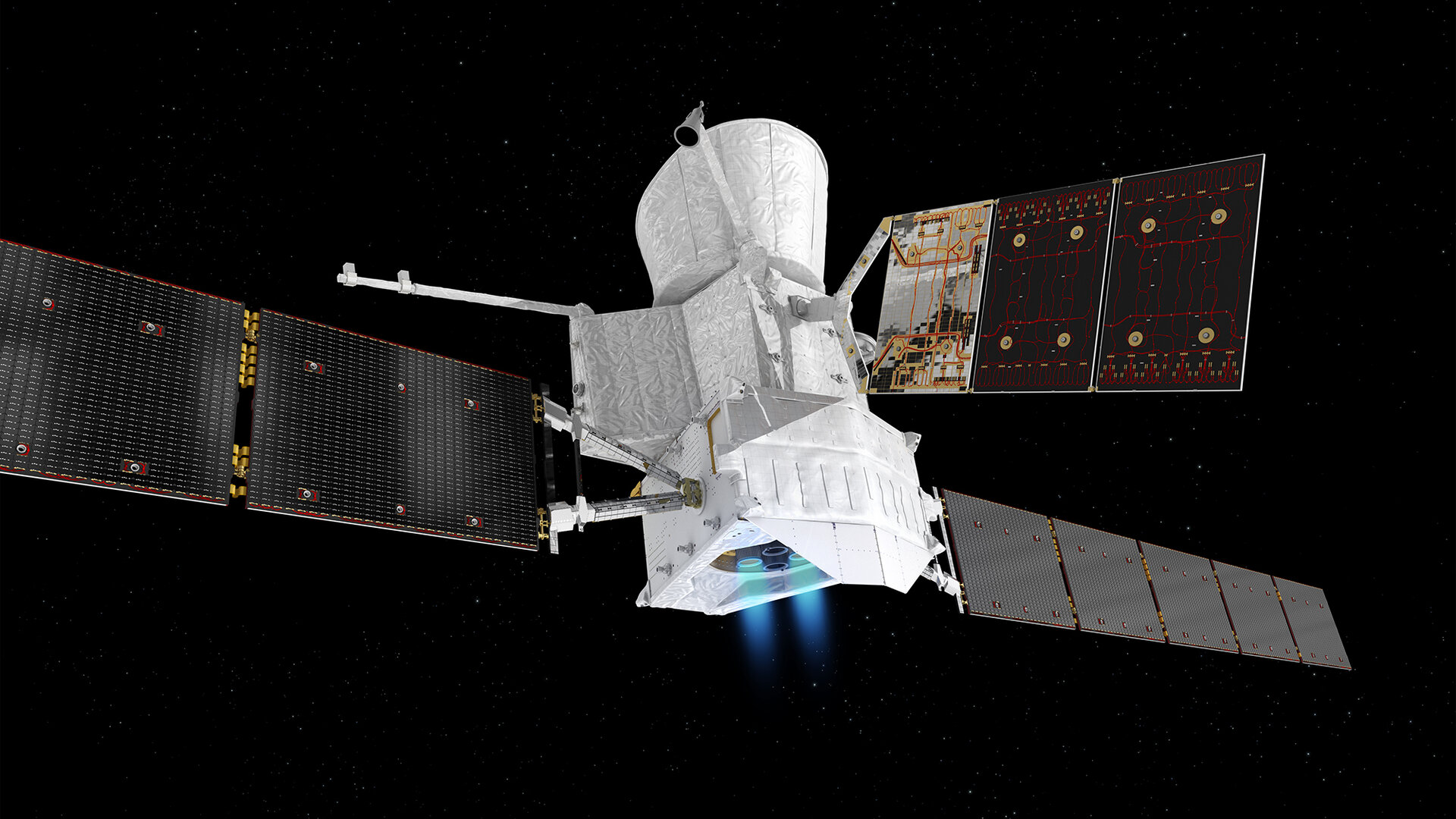 After meticulous testing of the spacecraft's four high-tech ion thrusters, the mission team have now fired up the spacecraft for its first thruster burn ‘arc’.

To do this, the ESA/JAXA mission will be steered by 22 thruster burn arcs, each providing the same acceleration from less fuel compared to traditional, high-energy chemical burns that last for minutes or hours.

This first arc will last two months, during which BepiColombo’s electric blue ‘jet packs’ will steer the explorer on its interplanetary trajectory and optimise its orbit, ahead of its swing by of Earth in April 2020.

At 09:35 CET, before the thrusters began firing, BepiColombo was ‘slewed’ into the correct position. As its orientation shifted, the spacecraft’s high-gain antenna swivelled to maintain communication with ground stations on Earth, captured in this gif taken by the monitoring camera #3.

Next, BepiColombo’s solar arrays were tilted to fully face the Sun, as full power is needed to power the ion thrusters.

At about 13:45 CET, BepiColombo began to fire. The team watched with concentration and relief as graphs showed the spacecraft was gaining momentum, as two of its thrusters went from the initial thrust level of 75 millinewtons (mN) up to 108 mN each.

BepiColombo’s maximum planned thrust level for the entire journey is 250 mN, with two thrusters each firing at 125mN. This is equivalent to 250 ants pulling the 4 tonne BepiColombo spacecraft all the way to the innermost planet of the Solar System!

Click here to find out more about the tests that made this milestone moment possible, and re-live the moment itself from our live twitter feed from the day.