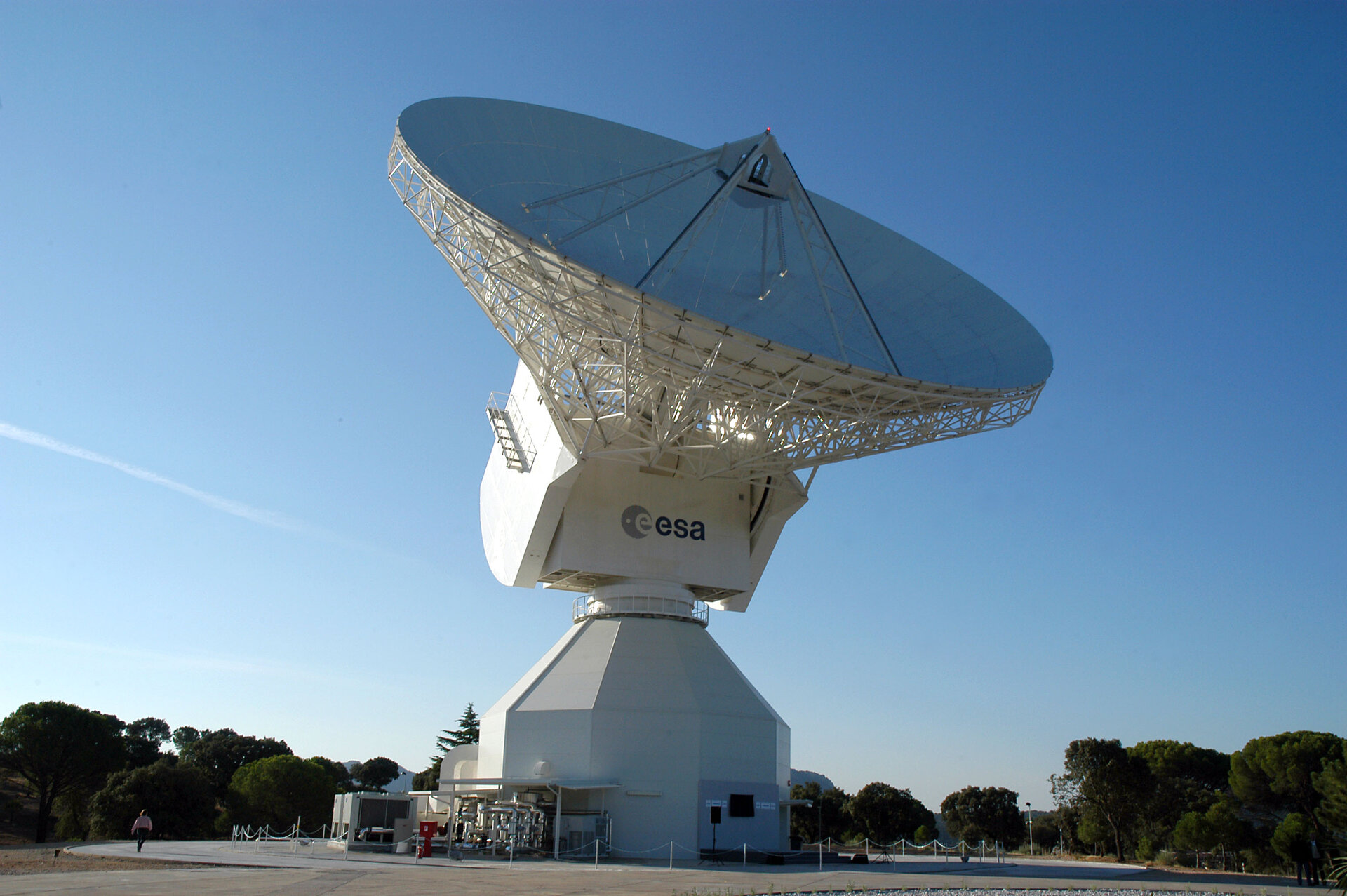 On 9 June, a powerful new 35-metre antenna, presently undergoing acceptance testing at Cebreros, Spain, successfully picked up signals and tracked Rosetta and SMART-1. It is ESA's second deep-space ground station in its class and adds Ka-band reception capability and high pointing precision to the ESTRACK network.

Construction of the new ground station, located in the Spanish province of Avila, has proceeded in record time. Procurement activities started in February 2003, and in spring 2004, on-site work was initiated.

After successful assembly of the antenna structure in November 2004 and the acceptance testing of radio-frequency components, the system is now entering final on-site testing. All portions of the antenna's infrastructure, including power systems, buildings and communications, are already complete and are ready to hand over for operations.

Tuned in to signals from distant space

Successful reception of signals from the two spacecraft demonstrates that the antenna is working well. Rosetta, Europe's comet-chaser, is presently 46 million km from Earth while SMART-1 is orbiting the Moon.

Cebreros will be capable of receiving signals in the X and Ka bands. The X band (7-8 GHz) is used for routine telecommanding and to transmit high-volume data to Earth; the Ka band (32 GHz) offers enhanced data reception rates and will be used for future missions.

Full operational readiness of the antenna is anticipated for 30 September 2005, and Cebreros is subsequently scheduled to swing into operation to support the Venus Express mission, scheduled for launch on 26 October 2005.

With Cebreros, Spain, and New Norcia, Australia, ESA spacecraft operations will benefit from two 35-metre deep-space antennas. Future plans foresee the possible construction of a third 35-metre station at an American longitude to become ready by the end of 2009.

Cebreros is the latest station to join ESTRACK, ESA's worldwide network of ground stations operated from the agency's Space Operations Centre (ESOC) in Darmstadt, Germany. Ground stations are used for sending commands to spacecraft and receiving data from onboard instruments.

With Cebreros, there are 8 stations in ESTRACK, located in Europe, Africa, South America and Australia. Additional stations in Kenya, Chile and Norway are available when needed. The system is highly automated and most stations run with little or no manned intervention for routine operations, providing a significant cost benefit.