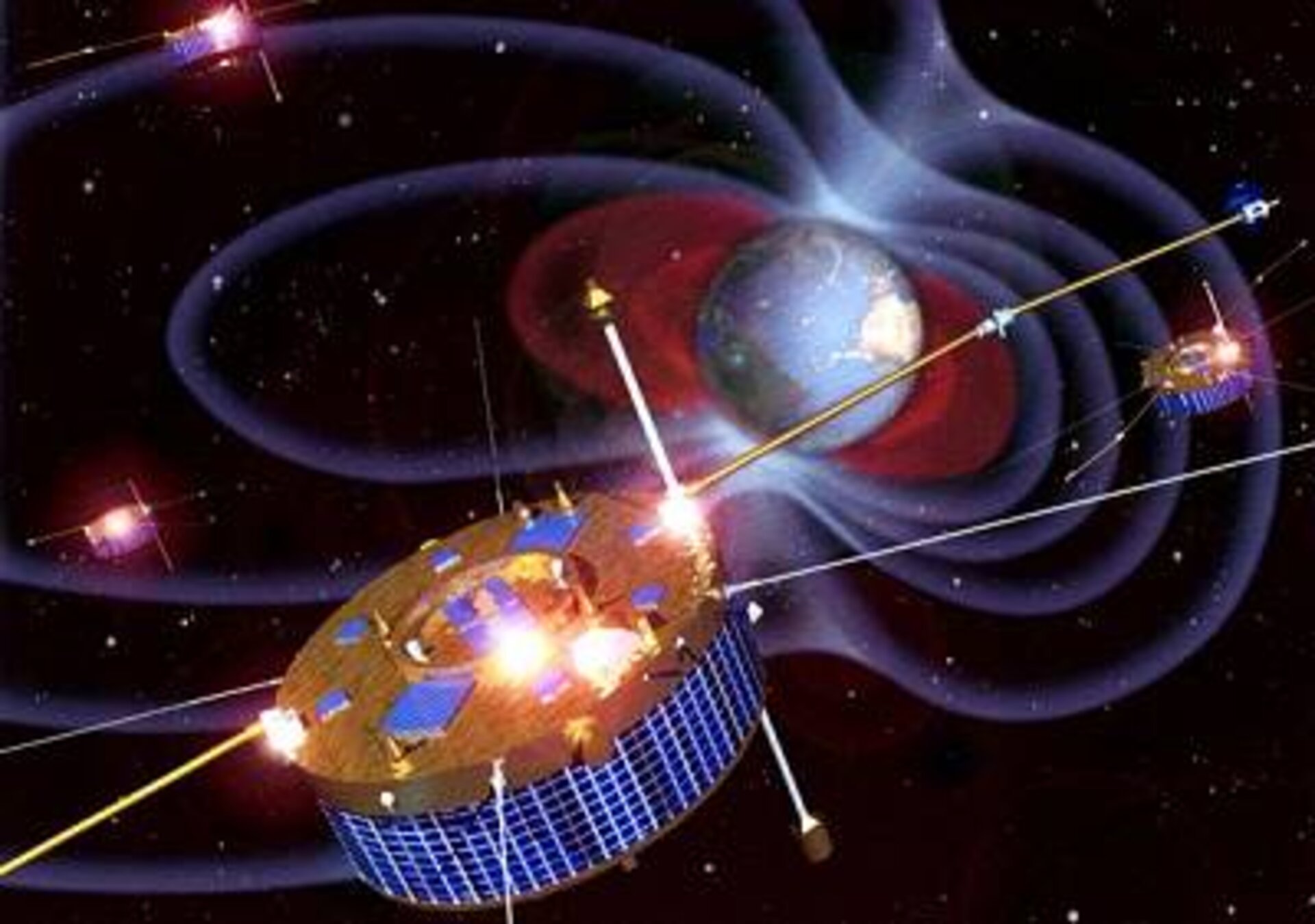 After five major orbital manoeuvres per spacecraft executed in five days, the second pair of Cluster spacecraft have been successfully inserted into their operational polar orbits.

The long-awaited rendezvous of Rumba and Tango with their companions, Salsa and Samba, means that the Cluster quartet is now dancing around the Earth in close formation.

According to mission operations managers at the European Space Operations Centre (ESOC) in Darmstadt (Germany), the complex sequence of orbital changes came to a perfect climax yesterday when the fifth orbital manoeuvre of Rumba and Tango kicked them into orbits inclined at 90 degrees to the equator.

"We are extremely pleased that we've reached this major milestone and all four spacecraft have now reached their operational orbits," said Mission Director Alan Smith. "Tomorrow, we expect to declare that we don't need any of the main engines again. We will then be looking forward to the start of a busy period when we deploy the booms and begin the scientific part of the mission."

Alberto Gianolio, Cluster Deputy Project Manager, was equally delighted. "This successful outcome is a tribute to the dedication of everyone at ESOC who worked so hard to make it possible," he said.

Before the Cluster spacecraft could come together, four apogee raising manoeuvres had to be carried out. These raised the high point of the orbits to approximately 120 000 km above the Earth.

The fifth ignition of the main engine, by far the longest burn of all, was required to raise the perigee to approximately 17 000 km and transfer the spacecraft to orbits which carry them over the poles. This last manoeuvre took place at 18:55 (Tango) and 18:58 CEST (Rumba) over the Perth and Canberra ground stations in Australia.

The spacecraft are now in their final elliptical orbits, with perigee distance of about 17 200 km and apogee of about 120 600 km (almost one third of the way to the Moon). The distances between the individual spacecraft vary between 125 and 2,000 km. Each circuit of the Earth takes about 57 hours to complete.

In order to bring the spacecraft to their required attitude of 94 degrees, a small slew manoeuvre is planned for today at 15:15 (Tango) and 16:45 CEST (Rumba). Further activities scheduled for the next few days include the deployment of the spacecraft's rigid booms (two experiment booms and one antenna boom for each spacecraft) between 17 and 21 August.

A series of orbit-trim manoeuvres will also take place over the next two weeks in order to place the quartet into a tetrahedral (three-sided pyramid) formation.