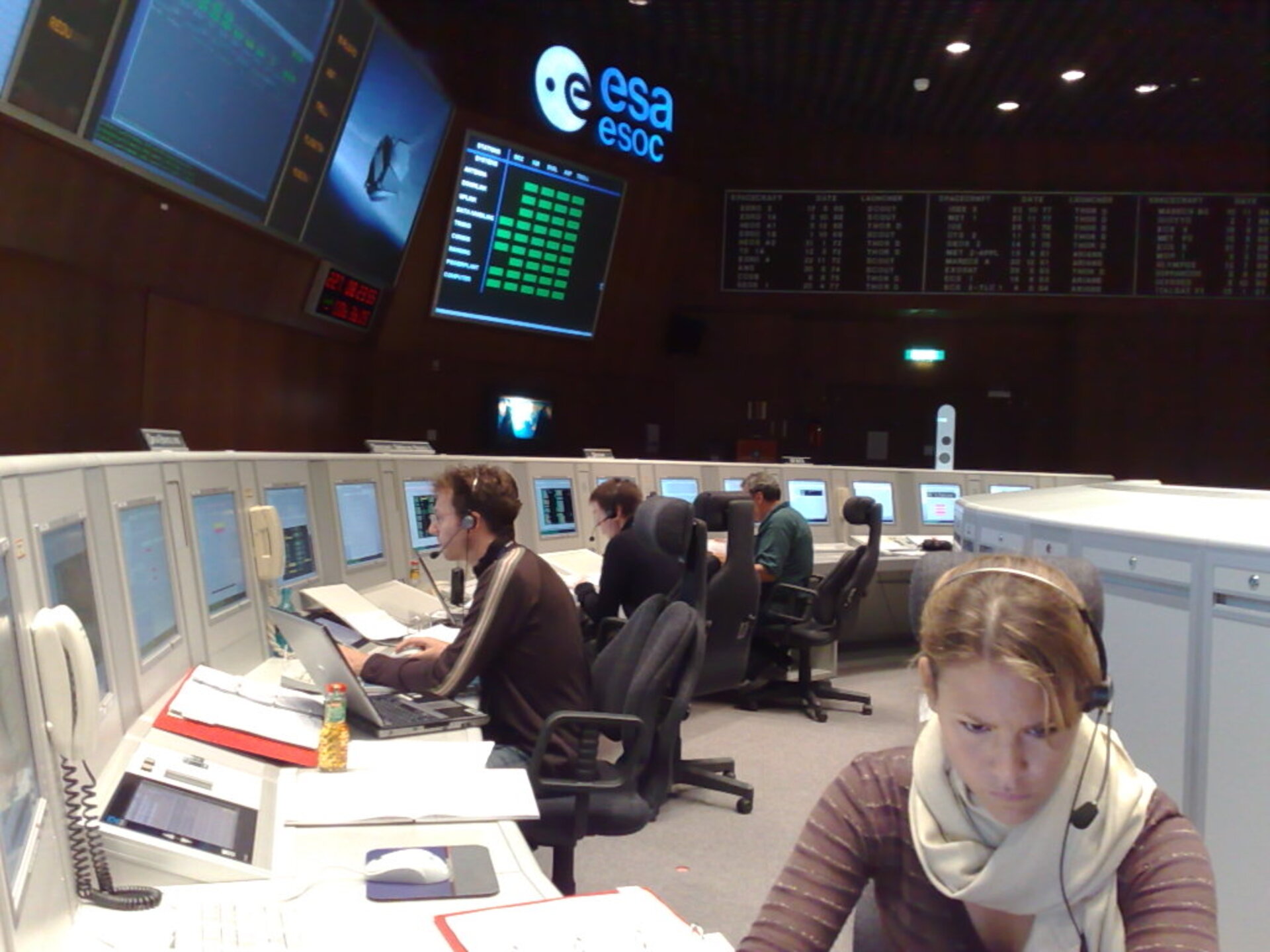 The Mission Control Team at ESA's Space Operations Centre (ESOC) are in intense training for next month's scheduled launch of GOCE.

GOCE, the Agency's Gravity field and steady-state Ocean Circulation Explorer, is scheduled for lift-off at 16:21 CEST, 10 September, from the Plesetsk Cosmodrome. The spacecraft arrived in Russia on 29 July on board an Antonov-124 cargo aircraft.

On 14 August, members of the Mission Control Team were on console in the Main Control Room at ESOC, Darmstadt, Germany, for a
12-hour simulation of the mission's countdown and launch phases. The simulation included practicing immediate reactions in case of any unexpected problems with the ground segment or the spacecraft.

Supported by experts throughout ESOC

Additional expertise is provided from ESOC in the areas of training, documentation and facilities management.

Orbiting at an exceptionally low altitude

"The GOCE mission team are receiving excellent support from our colleagues at ESOC. GOCE is a challenging mission and will orbit at an exceptionally low altitude of just 268 km, so spacecraft control is very critical. The simulations campaign is close to the end and we are fully ready to support the launch in September," said Emanuelli.

The slender, 5m-long satellite is designed to orbit at such a low altitude because gravitational variations are stronger closer to Earth. The mission's objectives include mapping Earth's gravity field in unprecedented detail.

The GOCE team will undergo intensive training, simulations and work-ups between now and the launch, with a strong focus on practicing for LEOP - the Launch and Early Orbit phase - the crucial first steps in GOCE's mission beginning after the satellite separates from the launcher's upper-most stage.

The highlight of the 14 August training was establishing and testing the voice and data communication links between ESOC in Germany and the Launch Control Centre at Plesetsk, Russia.

The GOCE team conducted previous simulations in July and August, and have spent the past months defining and confirming procedures and plans covering all possible nominal and contingency situations.

Flight control team engineers have also been working intensely to ensure that the ground segment - the computers and software here at ESOC - is ready to support the mission.

On 5 September, just five days prior to launch, a full launch and LEOP rehearsal will be conducted at ESOC.

Click here for larger versions of images in this article.