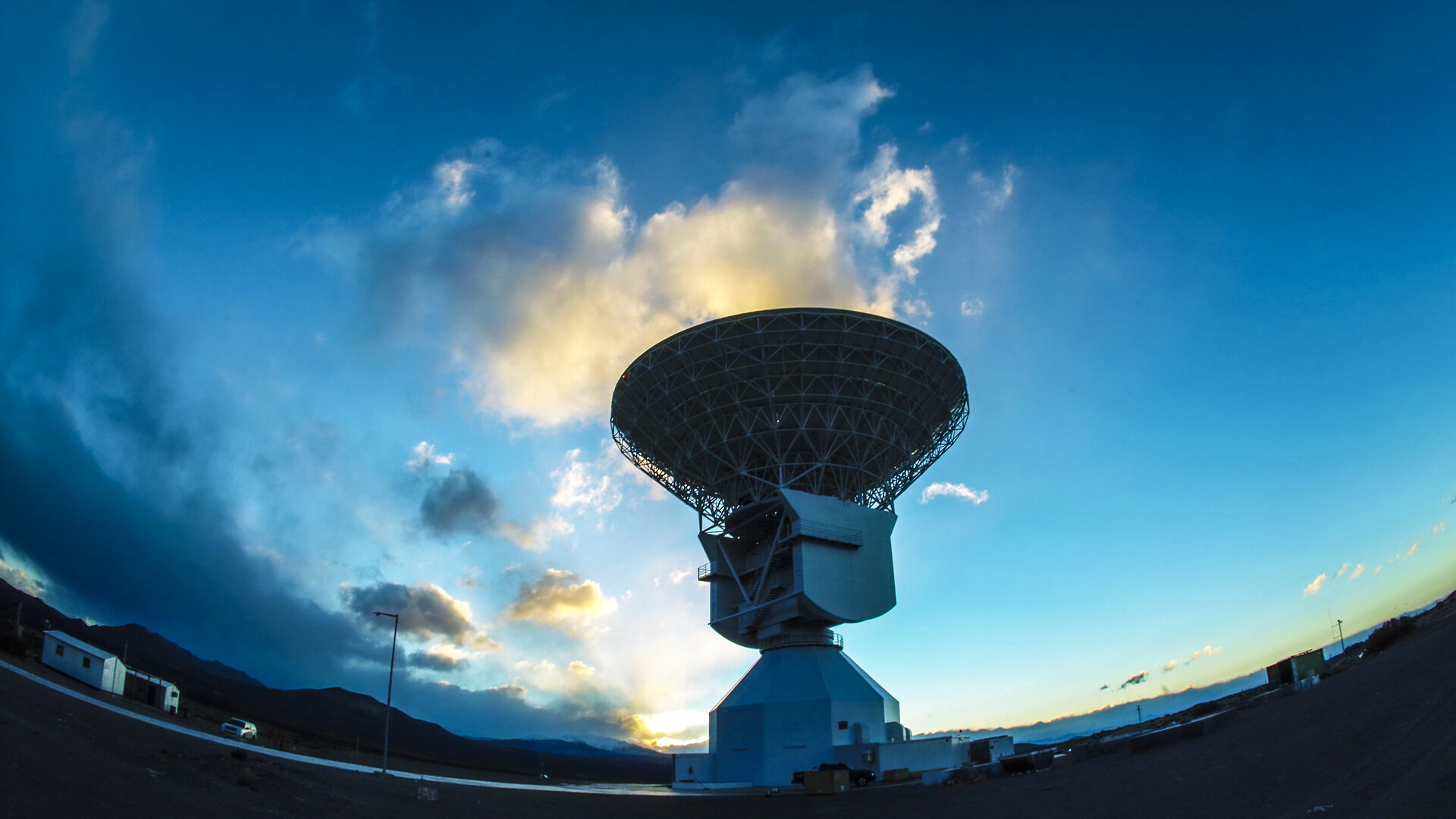 Picking up ultra-weak signals from spacecraft exploring deep in our Solar System requires cooling a detector to within a few degrees of absolute zero. Thanks to ESA’s support, the technology is now available in Europe for the first time.

The 35 m-diameter dishes in Australia, Spain and Argentina use cryogenic cooling to communicate via X-band microwave frequencies, similar to those used by radar speed detectors wielded so effectively by traffic police.

This enables communications at immense distances out to about 750 million km – equivalent to the distance from the Sun to Jupiter.

“They were designed to be ‘future-ready’ and a data-rate upgrade was always foreseen, given the needs of new missions like Juice.”

There was just one problem: the upgrade required a specific type of circuit chip – using indium phosphide – that was not available in Europe owing to international export restrictions.

If you can’t buy it, build it

Development of the initial European version of the chip was funded by ESA’s Technology Research Programme in collaboration with the Swiss Federal Institute of Technology (ETH Zurich), Switzerland, and Chalmers University, Sweden.

The chip allows a highly sensitive amplifier to operate below –253ºC, some 20º above absolute zero.

“Upgrading the stations means an increase in the return of science data from space missions by 20%,” says Stéphane.

The upgrade enables ESA’s 35 m-diameter antennas to perform like 40 m-class dishes, and much less power will be needed aboard the spacecraft.

“This performance boost is a significant benefit for our deep-space satellites, now exploring Mars and Venus and soon to go to Mercury, the Lagrange points and Jupiter,” says Andrea Accomazzo, responsible for interplanetary mission operations at ESOC.

The last of the three ESA stations, Cebreros in Spain, was completed in June.

The universities involved in the initial development have since spun off the research into a private company, Low Noise Factory, which is now commercialising the new chip technology. Potential customers include radio astronomers and other space agencies.

Another company, Callisto France, is in charge of integrating the cryogenic receiver. The EU and France’s Région Midi-Pyrénées recently decided to support the company’s research and development efforts, aimed at ensuring a European source for various types of low-noise amplifiers.

“Europe’s indium phosphide transistor has passed space qualification tests, proving the reliability of this technology. It could also be used on a satellite for communications or in an instrument package, similar to the HiFi Instrument carried by Herschel,” says Stéphane.

“We have developed a version of the amplifier for higher frequencies, at 32 GHz. This will increase the data-return capability for future missions even more.”