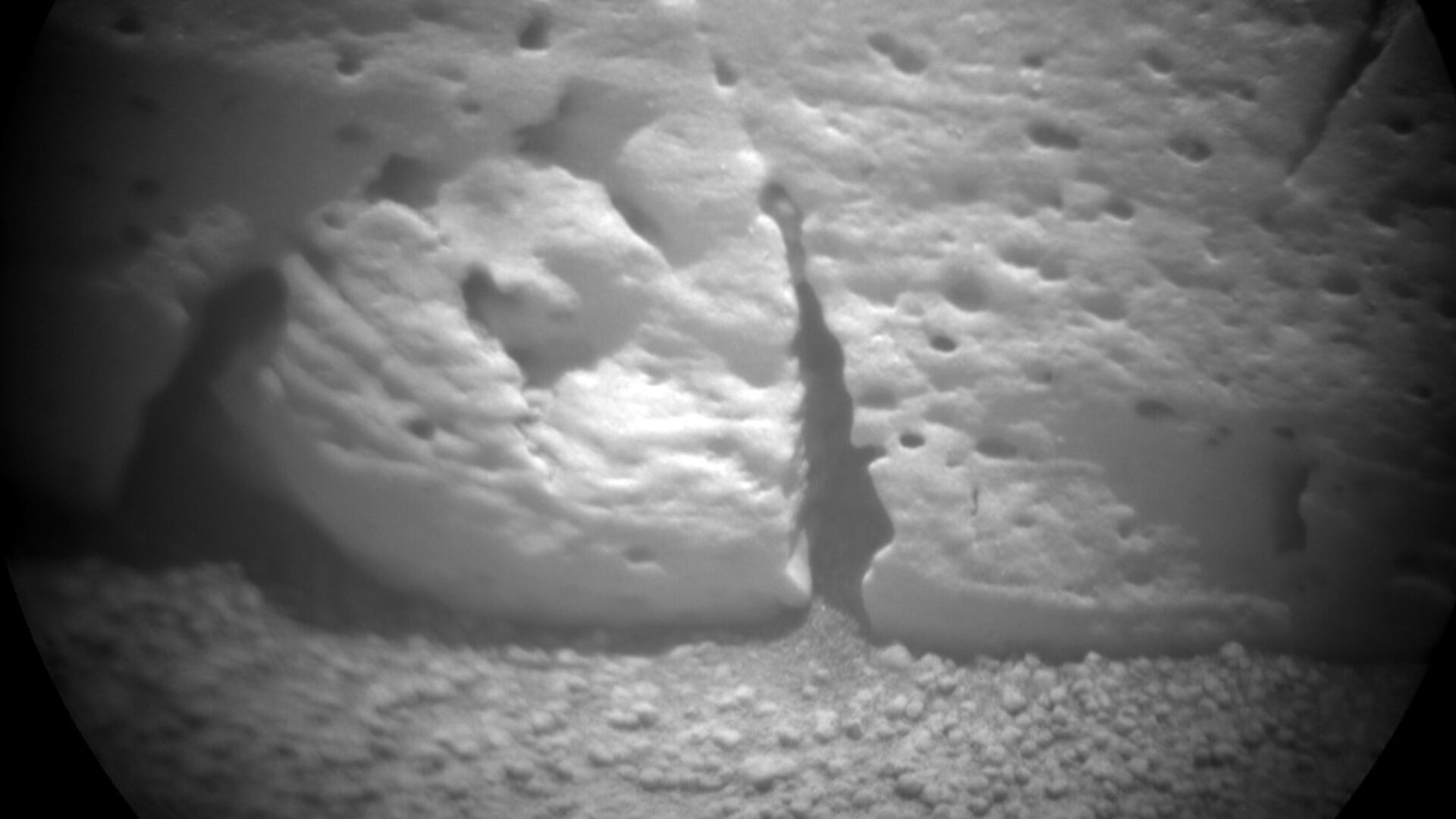 For the first time, ESA’s Mars orbiter has relayed scientific data from NASA’s Curiosity rover on the Red Planet’s surface. The data included detailed images of ‘Rocknest3’ and were received by ESA’s deep-space antenna in Australia.

It was a small but significant step in interplanetary cooperation between space agencies.

Early on the morning of 6 October, ESA’s Mars Express looked down as it orbited the planet, lining up its lander communication antenna to point at Curiosity far below on the surface.

For 15 minutes, the NASA rover transmitted scientific data up to the ESA satellite. A few hours later, Mars Express slewed to point its high-gain antenna toward Earth and began downlinking the precious information to the European Space Operations Centre in Darmstadt, Germany, via the Agency’s 35 m-diameter antenna in New Norcia, Australia.

The data were immediately made available to NASA’s Jet Propulsion Laboratory in California for processing and analysis, proving again that NASA’s amazing new rover can talk with Europe’s veteran Mars orbiter.

ChemCam comprises the camera together with a Laser-Induced Breakdown Spectrometer, which fires a laser at targets and analyses the chemical composition of the vaporised material.
The laser zaps areas smaller than 1 mm across on the surface of martian rocks and soils, and then the spectrometer provides information on the minerals and microstructures in the rocks.

The first image (at top of article) was taken before a series of five ChemCam laser blasts and the second image (at right) was taken after. The image is centred on the fifth observation point.

“The quality of these images from ChemCam is outstanding, and the mosaic image of the spectrometer analyses has been essential for scientific interpretation of the data,” says Sylvestre Maurice, Deputy Principal Investigator for ChemCam at France’s Research Institute in Astrophysics and Planetology (IRAP).

“This combination of imaging and analysis has demonstrated its potential for future missions.”

A third image, relayed separately by NASA, indicates the locations of the laser target points on Rocknest3, as seen by the RMI camera.

‘Rocknest’ is the area where Curiosity stopped for a month to perform its first mobile laboratory analyses on soil scooped from a small sand dune. Rocknest3 was a convenient nearby target where ChemCam made more than 30 observations using 1500 laser shots.

A wide-angle context image was acquired by Curiosity’s MastCam and shows Rocknest3 as targeted by ChemCam. Rocknest3 is about 10 x 40 cm, or roughly the size of a shoe box.

Fostering Curiosity – and others

ESA’s Mars orbiter has also relayed data for NASA’s other surface missions – Phoenix, Spirit and Opportunity – since 2004, and it relayed Curiosity’s radio signal during its arrival at Mars last August.

During the Curiosity mission, Mars Express is set to provide additional relay slots, while maintaining its own scientific observation programme, under an ESA-NASA support agreement.

It can also rapidly provide relay services in case of unavailability of NASA’s own relay orbiter or if there is a problem on the rover itself.

“ESA–NASA cooperation at Mars is a continuing success, and comes after both sides have worked diligently for a number of years to set technical and engineering standards to enable sharing data between spacecraft, networks and ground stations,” says Mars Express Spacecraft Operations Manager Michel Denis.

“Exploring Mars is a huge challenge, and space agencies are working to boost cooperation and mutual support for current and upcoming missions. It’s the way of the future.”