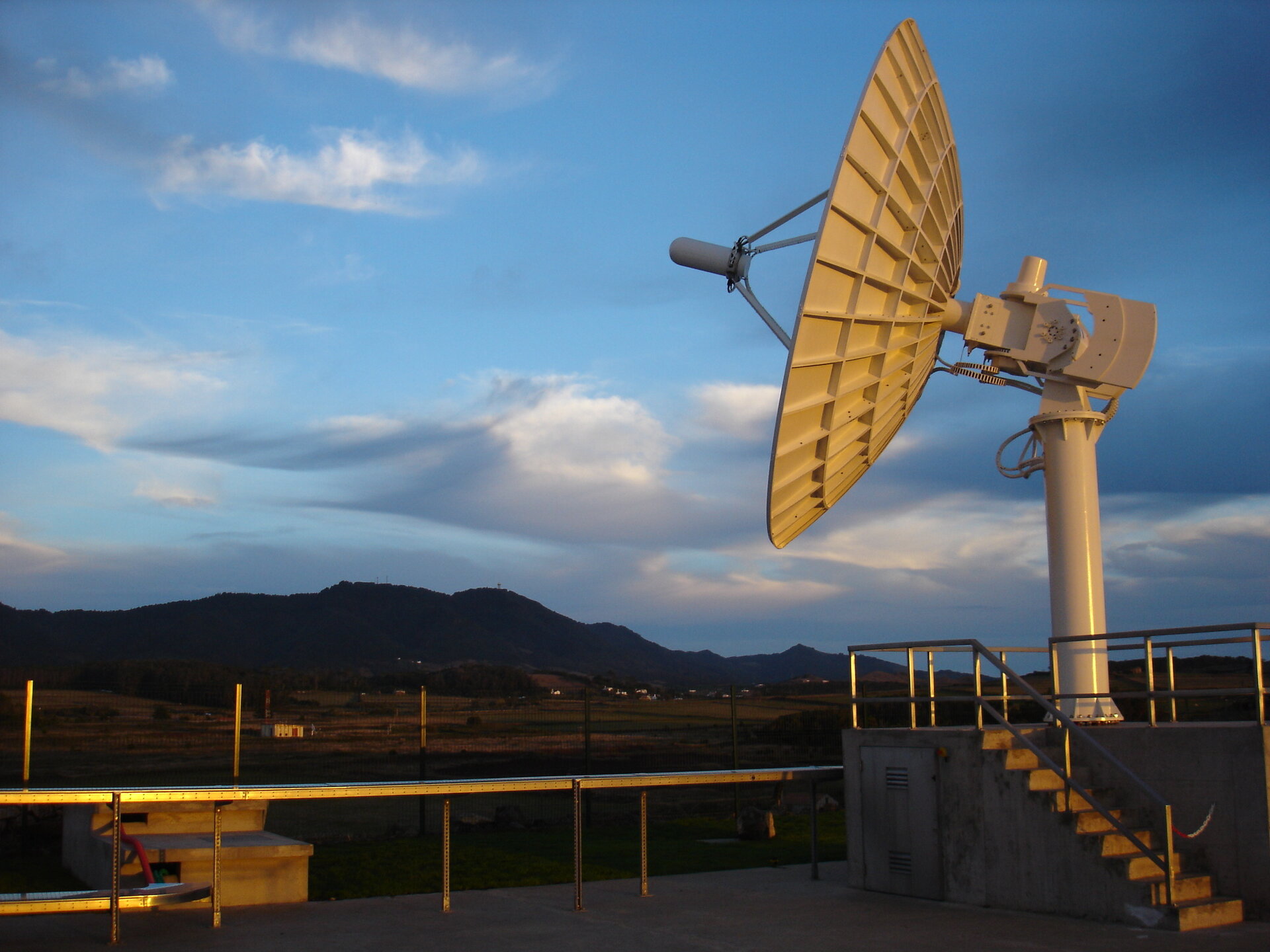 The Santa Maria S-band station, also known as 'Montes das Flores' (Hill of Flowers), is located 5 kms from the town of Vila do Porto on the Portuguese island of Santa Maria, in the Azores some 1500 km from Lisbon. Santa Maria is one of the first Estrack stations with launcher tracking capability and is used to receive real-time telemetry from launches originating from ESA's spaceport in Kourou, French Guiana. It is capable of tracking Ariane 5, and was first used to track the launch of ESA's Automated Transfer Vehicle (ATV) Jules Verne in early 2008.

For Ariane 5 tracking, the station will receive signals in S-band, at 2200-2300 MHz; X-band capability will be added in the near future to receive scientific data from Earth observation satellites.

The station communicates with the Ariane ground station network, operated by the French space agency CNES from the Guiana Space Centre.

For launches from Kourou, Santa Maria station cooperates with other tracking stations, including the Estrack station in Kourou, the Ariane naval station (SNA - Station Navale Ariane; a station located on a ship in the Atlantic Ocean, between Kourou and the Azores), Australia's Adelaide station (University of South Australia), a mobile station installed at Awarua, New Zealand, and the Dongara station, Australia.

Santa Maria is ideally located to acquire signals from launchers climbing up toward the North-East from Kourou. In a typical Ariane 5 launch, such as the launch carrying ESA's ATV, the flight lasts about 160 minutes and consists of five consecutive phases:

This particular trajectory made it necessary to set up a specific network of ground tracking stations so as to enable the receipt of real-time data during all phases and critical flight events. Santa Maria is one of the first ESA stations that can track a launcher during the propulsion phases, and acquires signals from Ariane during the first propulsion phase.

In the near future, Santa Maria will be upgraded to receive signals in X-band (8025-8400 MHz) as well; this will enable the station to receive data and telemetry from a number of ongoing Earth observation satellites, including Canada's Radarsat, among others.