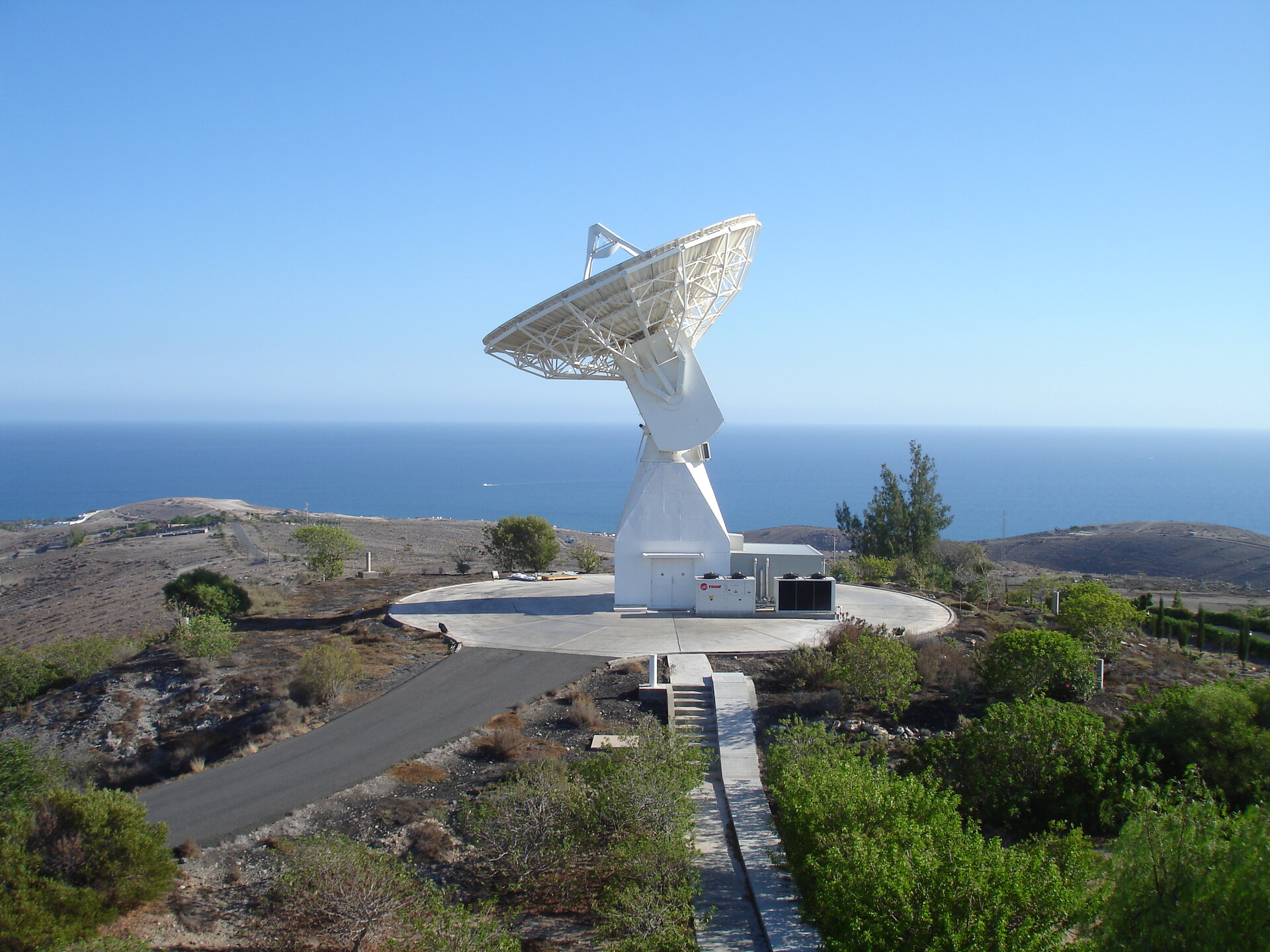 The new cooperation renews and updates the existing March 2000 agreement and defines the collaboration between both organisations for joint use of the facilities available at the Centro Espacial de Canarias (CEC).

The agreement was signed at Maspalomas by Mr Fernando González García, INTA Director General, and Gaele Winters, ESA Director of Operations and Infrastructure, and aims to meet current and future requirements of programs in the Earth exploration and space research fields.

The new agreement is valid for 15 years, and serves as framework for the relations between INTA and ESA in two basic areas:

It also establishes a basis for collaboration for future domestic and ESA programmes through the joint use of CEC facilities. This collaboration may be of particular importance for Spain's National Earth Observation Programme that will include the the Paz and INGENIO satellites by 2011.

The Maspalomas Space Centre was established in the 1960s by NASA for tracking Mercury and Gemini spacecraft, and has belonged to INTA since 1975. Among other on-site facilities, INTA operates a 15m ESTRACK ground terminal on behalf of ESA that is dedicated for tracking, telemetry and commanding of scientific satellites and Ariane 5/ATV (Automated Transfer Vehicle) launches.

Over the years, Maspalomas has been upgraded with a number of facilities, including the Nodal Centre for the COSPAS-SARSAT search-and-rescue programme; the Centre of Reception, Processing and Archiving of Earth Observation Data (CREPAD); two 10m antennas for Earth exploration satellite data reception; and several antennas for national and international programmes.

CEC offers services to companies and institutions including HISPASAT (a grouping of Spanish communication satellites), HISDESAT (a satellite services provider), EUMETSAT (the European Organisation for the Exploitation of Meteorological Satellites) and JAXA (the Japanese Space Agency), and - since the 1980s - to ESA's ESOC and ESRIN establishments.