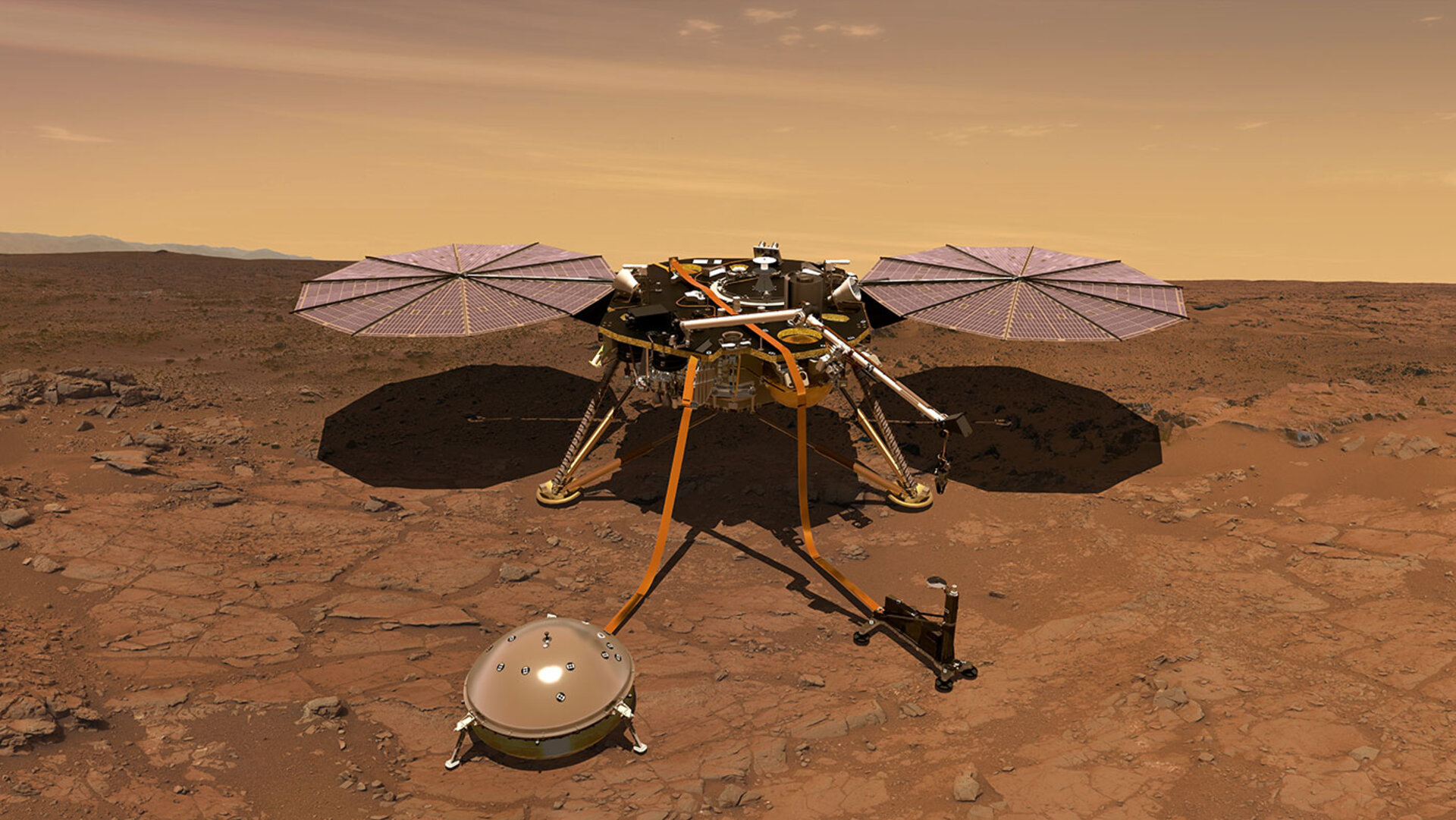 The Red Planet will receive its first new resident in six years on Monday when NASA’s InSight lander touches down, aiming to investigate the Martian interior. ESA ground stations and orbiters are playing a crucial role in helping the mission get to its destination and deliver its data back to Earth.

Equipped with a suite of geological instruments, InSight will land at Elysium Planitia, a broad plain that has been called the “the biggest parking lot on Mars,” ready to spend two years measuring the planet’s internal heat, detect ‘marsquakes’ and more.

Because the lander will not rove across the Martian surface, it is vital that it lands in the right place the first time, where it will then release its solar panels and deploy its instruments, becoming the first mission to directly study another planet’s interior.

The European Space Agency is providing mission-critical support to InSight, using its deep-space ground tracking stations to communicate with the mission during the journey to Mars and, after landing, assigning the Agency’s ExoMars Trace Gas Orbiter (TGO) to help relay lander data back to Earth. Teams at ESA's ESOC mission control centre, in Darmstadt, Germany, are also on standby to relay instructions the other way, from Earth to the lander, if needed.

Getting by with a little help

As InSight set out for Mars, ESA Estrack network stations provided additional communication slots, and served as back-up to NASA’s own Deep Space Network stations. The support is part of a long-standing cross-support agreement between the two agencies, in which one provides tracking station support to the other, boosting efficiency and redundancy for both.

On landing day, about 12 hours prior to the critical entry, descent and landing phase, ESA’s New Norcia station will again be in action, providing a ‘hot’ back-up communication link to InSight for the final ‘Target Correction Manoeuvre’ before it enters the Martian atmosphere.

Data from down below

Once on the surface, InSight will be located in view of a number of NASA and ESA orbiters, including ESA’s ExoMars TGO, which will provide routine data relay services to the lander throughout its life on Mars.

TGO, which is equipped with NASA-provided radio relay technology, will catch InSight data signals from the surface and relay them back to Earth, and slots for this important service are already planned starting the day after arrival, on 27 November.

While contingency data relay for from NASA rovers and landers on the surface has been tested in the past using ESA’s Mars Express orbiter, use of TGO to provide routine data relay to Opportunity, Curiosity and also now to InSight after its landing, is a new aspect of cooperation at Mars for the two Agencies.

It is part of a larger cooperation at Mars that will see orbiters from both ESA and NASA relaying data from not only current and future NASA rovers and landers on the surface, but also from ESA’s ExoMars rover slated to land in 2021 and from the accompanying Russian surface platform.

“NASA's InSIght mission relies on crucial ESA support, and this is a highlight of the cooperation we have between the NASA and ESA Mars programmes,” says Paolo Ferri, Head of Mission Operations at ESA.

“In return, our ExoMars mission has received essential NASA support.”

“Mars is a rich scientific target, but an extremely challenging destination. Extending our long-standing technical, scientific and operational cooperation at the Red Planet is the only way to go.”